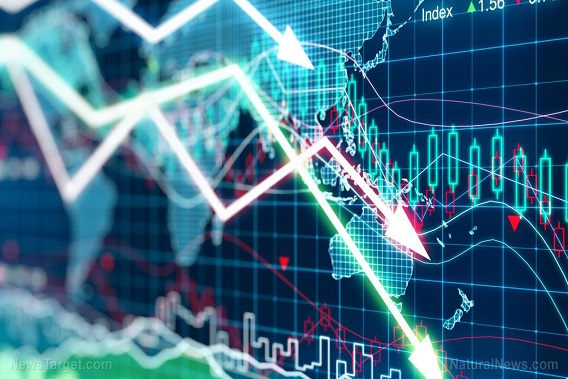 In our various articles on the theme of the END OF TECH published since March 2018, we highlighted the fact that the FAANGs had become supranational companies dealing with billions of users across borders, collecting sensitive data on their digital behaviour and yielding considerable political power, directly or indirectly, as testified by the Russian meddling in the US and French presidential elections in 2016 and 2017.

It was only a matter of time before the regulators addressed the question and reined in the growth and power of these quasi-trillion Dollar companies and things have officially started to sour this week.

While the tech world’s eyes were all on Apple’s annual developer conference on Monday, the news with the potential to shake the industry had nothing to do with the Mac Pro, iMessage Memoji, or iOS 13’s Dark Mode, tt was the seismic rumbling of antitrust activity emanating from Washington, D.C. that we had been expecting.

The tremors began Friday with a report that the Department of Justice was preparing an antitrust probe of Google. They continued Sunday with word that the Federal Trade Commission might take a closer look at Amazon’s competitive practices. The aftershocks rolled on through Monday, with reports that the DOJ and FTC might also have Apple and Facebook, respectively, in their sight.

And then came word that the House Judiciary Committee is planning a sweeping antitrust probe of its own.

What the true implications are is not totally clear yet. Both the DOJ and FTC have declined comment, leaving others to piece together the patchwork of anonymously sourced reports. It seems that neither has actually launched an investigation yet into any of the companies, which helps to explain why no one has reported on what their nature or focus might be.

The probe by House Democrats is the only one that has been formally announced.

What we know is that the two federal agencies in charge of antitrust enforcement responsibilities appear to have gotten together and divided up jurisdiction over four giant U.S. tech platforms. It’s hard to imagine why they’d do that unless they were planning to take some action.

The scrutiny alone, regardless of its ultimate outcome, could shape how some of the world’s most powerful companies behave moving forward. And if the investigations lead to serious consequences — breaking up Facebook, for example — they could reshape the internet in ways more profound than the death of iTunes or the forking of iPadOS.

In a sign of how seriously the markets take this news, all four of the tech companies in question saw their stocks dip Monday, shedding billions of dollars in value, and this comes as the valuations of these companies have already peaked back in September 2018.

Each of the four has reason to fear a wide-ranging antitrust probe.

Apple spent much of its keynote on Monday touting its own apps, which compete for customers’ attention — and, increasingly, their money — with the apps made by thousands of smaller companies whose products populate its App Store.

As every unicorn-would-be knows, it is IMPOSSIBLE to become an internet player without offering an IOS developed application on Apple’s App Store guaranteeing the company hefty fees.
Having the company itself competing with its own clients may become juts unbearable.

Google is in a similar position with its Android operating system and Google Play Store, and its dominant search engine gets to decide how to rank Google’s own services vis-a-vis those of every other website. There again, there is strictly no control on how Google’s algorithms rank apps and urls and tweaking the system could happen easily and without being noticed.

Amazon has been using its status as an online shopping gatekeeper to sell its own products alongside those of other retailers. Its recent clean-up of merchants has not gone unnoticed, preventing thousands of Mom and Pop online stores to operate on its platform in the future.

In search of growth to counter the saturation of its traditional markets and ageing Facebook app, Facebook has snapped up rival social networks such as Instagram and Whatsapp while quashing those who won’t sell, such as Snapchat, by copying their main features to retain a quasi monopoly on digital advertising.

The rationale for anti-trust enquiries is definitely there and the surprising part of the equation is why it took so long for the FTC to look into it.

On the other hand, each of these companies can fall back on the defense that they have not used their market dominant position to raise prices for consumers, which has been an important standard in recent antitrust decisions.

Another even more thorny issue is that companies like Facebook and Google charge clients on the basis of data that is unverifiable and totally under the control of the companies themselves. No advertisers has any way to check independently the authenticity or legitimacy of the clicks that serve to calculate their invoices.

Moreover, the model according to which users “pay” for Facebook and Google services with their personal information is clearly new to the regulators but if one os to make a parallel in finance, Investment houses used to provide research for free so as to get trading commissions. This type of barter model has been now forbidden for good in the financial sphere.

Calls from the left to break up these giants have been mounting for years, with Democratic presidential candidate Elizabeth Warren and Facebook co-founder Chris Hughes launching some of the highest-profile attacks..

They’re building on the work of legal scholars such as Lina Khan, who argued for breaking up Amazon and now works as counsel on the House Judiciary’s antitrust subcommittee. They argue that consumer pricing is too narrow a lens through which to evaluate these new giants’ effects on competition.

One of the reasons why it took so long for the DOJ and the FTC to intervene may be that they are naturally pro-business. Their current leaders hail from a Republican establishment that remains broadly suspicious of hands-on regulation, even as the president has occasionally shown a self-interested appetite for punitive actions against companies that cross him.

Even under Barack Obama, their antitrust divisions mostly hewed to a bipartisan consensus that online economies are so dynamic that the companies on top today could find themselves dethroned tomorrow.

The truth of the matter, and this is what may have changed really in the perception, is that the financial might of these Trillion Dollar companies is preventing any actor to emerge and compete with them.

In particular, the dominant handle of Apple and Google on Apps is a concern that will be difficult to calm without breaking up the App platform from the companies business lines and the conflict of interest in online advertising between invoicing and the calculation of that invoicing will also call, for a separation of the calculus from the invoicing.

The US anti-trust agencies finally appear to be ready to rethink how antitrust law might apply to tech behemoths in the 21st century.

Perhaps they will conclude in the end that these companies still are not monopolies, and they’ll let them off with some stern words or a slap on the wrist.

But in the meantime, it’s going to influence all of tech’s biggest players and force them to watch their step. They’ll likely think twice about big acquisitions and hold off on going “thermonuclear” on rivals.

And if the investigations lead to the fracturing of some of the world’s largest companies, that will be more groundbreaking than anything Tim Cook announced in San José.

As far as we are concerned, the news goes right in the direction that we had forecasted, the end of the phenomenal growth of the companies that have powered and inspired the 2009- 2018 secular rally.

As we have argued many times in the past, Price to Book Value ratios of 15 to 20 times will be hard to justify in an environment where these companies have to separate their businesses in parts.

Short term, these stocks may be rallying… Longer term, they are structural shorts for us.