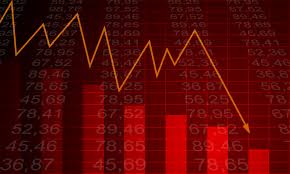 In an amazing rebound since the bottom achieved on March 23rd 2020, global equity markets and US equity markets staged a phenomenal rebound that took them up 25 % in barely three weeks, back into bull market territory and with a full 50 % retracement of the entire February March fall.

Indeed, and as we predicted then, the March 23rd bottom was a very strong one and the thrust that has accompanied the rise since testifies of the size of the money that is currently chasing stocks.

Interestingly enough, for once the Nasdaq has been less buoyant with just a 19 % rise since the bottom, but then again, as the fall itself was less pronounced than was the case for the SP500 or the Dow Jones Industrial, the rebound also amounts to a perfect 50 % retracement of the down move.

In the past few sessions, though, the strength of the rally has been more muted and, more importantly volumes have come down sharply, indicating that we may be reaching and intermediate top before a renewed phase of weakness that should see the SP 500 fall towards 2450 / 2350 or even re-test the March 23rd low if the news is much worse than expected.

Today was an amazing day in terms of economic management.

On one hand, the US economy lost another 6.6 Million jobs last week, after the revised upwards 6.87 million the week before and the 3.5 millions of the previous week, taking the total job losses in three weeks to the astounding figure of 16.8 million.

The unemployment rate is now probably way above 10 %, a unbelievable outcome considering it was only six weeks ago that the US economy was parading with the lowest unemp[loyment rate in 50 years of history.

California was the most hit last week with 2.2 million job losses there alone while New York city had its worst tally of Coronavirus deaths with 824 fatalities.

The crisis is starting to take its toll on politics with Joe Biden making significant headways and now beating Donald Trump by 53 % against 43 % in the latest CNN poll.

On the other hand, and probably for the above reasons, the Federal Reserve unleashed another round of emergency measures, including a pledge to provide support to risky corners of financial markets that have been some of the hardest hit.

The Fed said Today it will invest up to $2.3 trillion in loans to aid small and mid-sized businesses and state and local governments as well as fund the purchases of some types of high-yield bonds, collateralized loan obligations and commercial mortgage-backed securities.

The money comes on top of the massive stimulus that the Fed had already announced and it thrusts the institution into the sort of speculative lending activities it had shunned in the past — underscoring the risks that Chairman Jerome Powell is willing to take to shore up the economy.

The move, right ahead of the Easter week-end smacks of desperation and economists are starting to worry seriously about the ultimate outcome of such profligacy, but it is clear that with the devastation of the job market and probably also – but this will only appear later in the statistics – in the small to middle sizes enterprises, the FED is trying to contain an economic collapse with dramatic consequences if the debt domino effect starts coming into play.

For equity markets though, all the good news are priced in and now remains the ugly news to come in the economic data and the corporate earnings for the 1st quarter.

And it is likely that from now till the end of the month, both series of data will, as was the case with the job data today, give a serious indication of the depth and magnitude of the damage of the COVID-19 to the US economy.

We are therefore shorting the US equity indexes and the FAANGs for a volatile trade with the prospects of a 300 to 400 points on the SP 500 in the coming down move, or a -10 % decline.

What is most amazing when it comes to the NASDAQ though is that the unfolding of our global scenario is happening much faster than we expected and after having reached our targets spot on in March 23 on the way down, te rebound has taken the Nasdaq already to the levels that we anticipated only for the summer.

Looking at the economic data, it is very unlikely that the US economy will experience a V-shaped recovery in such a short time frame. Equity markets are clearly way ahead of themselves and we expect the April releases of the 1st quarter earnings to act as a cold shower on investor’s optimism.

One area that deserves monitoring and that we intend to buy in the coming down phase because they are now at valuation levels not seen since the 2008 and 2002 bottoms.

Many analysts tend to criticise the Price to Book ratio as irrelevant when I comes to valuing stocks. However, this indicator has actually timed the bottoms perfectly well over the past 40 years and there is no reason to believe that this will not be the case this time round, especially if, as we expect, China will take the lead in the recovery and pull with it a lot of Asian emerging economies and world commodity producing economies.

For the sake of marking the data, the MSCI Emerging market Index bottled at 750 in March and we intend to buy it nearer to these levels or even lower in the coming two weeks.