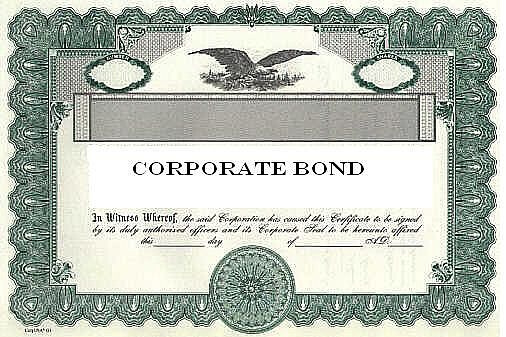 For the past three years we have been totally out of fixed rate bonds and recommended investors to avoid them altogether.

In 2016, the world moved into the new long term Kondratieff cycle, and in particular into the SPRING phase where inflation rises across the board, although at a slow pace.

This is not a time to be invested in fixed income securities, particularly as bond yields have been kept artificially low by the extra-ordinary Quantitative Easing policies pursued by the major central banks.

Central banks have accumulated Trillions of fixed rate bonds on their balance sheets.

Our various calls about the return of inflation – against the then consensus – and for a normalization of Monetary policies have been vindicated in 2018.

Inflation is now at or above most Central Banks targets, the FED has raised interest rates eight times since 2017 and they are offloading their portfolio of bonds gradually to the tune of US$ 50 Billion a month.

US Government bond yields doubled over the past 18 months and a very tight US labor market does not bode well for terms of wage inflation.

However, there are some positive signs for bonds and inflation ahead.

Oil prices have started falling and they will not stop there and the true in global equity markets will put a lid on consumption as soon as the first quarter of 2019.

We are not saying that the bear market in bond is over but that the environment is becoming less negative as time goes by.

But the collapse in corporate bonds  over the past few weeks has opened a window of opportunity for investors wanting to lock-in 7 to 8 % returns in some quality corporate issuers.

Credit markets fell sharply since the beginning of September and are set to record their worst year since the global financial crisis.

High-yield and investment-grade notes are headed for losses in both euros and dollars, the first time all four asset classes have posted negative total returns since 2008.

It’s been a exceptionally volatile month, with headlines on companies including CMC di Ravenna SC and Nyrstar NV triggering the biggest weekly jump in euro high-yield spreads in almost seven years, while dollar investment- grade spreads are at a two-year high amid a sell-off triggered
by General Electric Co.’s woes.

The credit rout, which extends to sterling notes and high- coupon contingent-capital bank bonds, has particularly hit dollar investors as they have suffered wider spreads and higher Treasury yields.

To date, U.S. investment-grade bonds have posted negative total returns of 3.71 percent in 2018, compared to a 2.9 percent loss in sterling and 1.2 percent in euro, according to Bloomberg Barclays indexes.

Credit default-swaps tied to US and European high- yield bonds reached a two-year high after nine consecutive days of widening, the longest streak since 2011.

But it is often in the midst of panic that opportunities tend to appear.

Here are four bonds that deserve some attention.

Telecom Italia is a BBB- rated telecom company that makes EUR 1.5 Bln of net profits per annum with an operating profit of 3.91 Bln. and an EBITDA of 8.25 Bln.

The company generates 2Bln of free cash flow every year, has a strong cash position and its total debt amounts to 40 Bln for annual revenues of EUR 19 Bln and an enterprise value of EUR 40 Bln.

And this is before the rolling out of the 5G technology that should trigger a new profit cycle for telecom operators.

The likelihood of TELECOM ITALIA defaulting on its bonds in the foreseeable future is nil, but the savage battle for the control of the Board between ELLIOTT MANAGEMENT, the activist investor, and VIVENDI, the largest shareholder has rocked the company shares and bonds.

A new CEO has just been named and it is likely to steer the company into a more efficient strategy for its shareholders.

TELECOM ITALIA 20 year bonds collapsed in the past few weeks, falling from a high of 130 to 94 yesterday

At these levels, the TELECOM ITALIA 7.21 % 2028 offer a USD yield to maturity of 8.25 %, a steal considering the BB+ / BBB- rating of the company and its hold on the Italian telecommunication market.

This very bond was yielding 5.5 % at the beginning of 2018 only and 8.30 % is the highest yield ever on these bonds since they were issued.

Societe Generale is one of the world’s largest banks and a French too big to fail bank.  Today, they agreed with to pay a 1.3 Bln EUR fine with the US authorities to finally settle their sanctions breach cases one and for all. The fine was entirely provisioned ion their accounts.

SOCGEN makes US$ 4 Bln of net profits per annum on 25 Bln of revenues and the final clearance of this outstanding litigation opens the door to a strong recovery in earnings, as testified by their strong Q3 earnings, which came up 34 % higher than estimates.

After that date, if this BB+ bond is not called, the coupon will be reset to offer 5% over the then 5 year treasury yields.

In fact the likelihood of these bonds being called is limited and Soc Gen juts issued another similar bond in September 2018 to beef-up its capital base.

Credit Agricole is also one of  France’s largest bank and is a too big to fail bank as well.

It generates EUR 4.2 Bln of profits on revenues of 19 Bln and delivered Q3 earnings that were 25 % above estimates.

It boasts a Tier 1 Capital of 11.5 %, comfortably above the 7 % threshold that would lead to a capital write down in the bonds. This explains why its perpetual coco benefit from a BBB- rating overall.

Value is starting to appear in the corporate bonds space and although it is always possible to see another panicky spike in yields, the yields on these bonds are already attractive enough to warrant exposure at this stage.