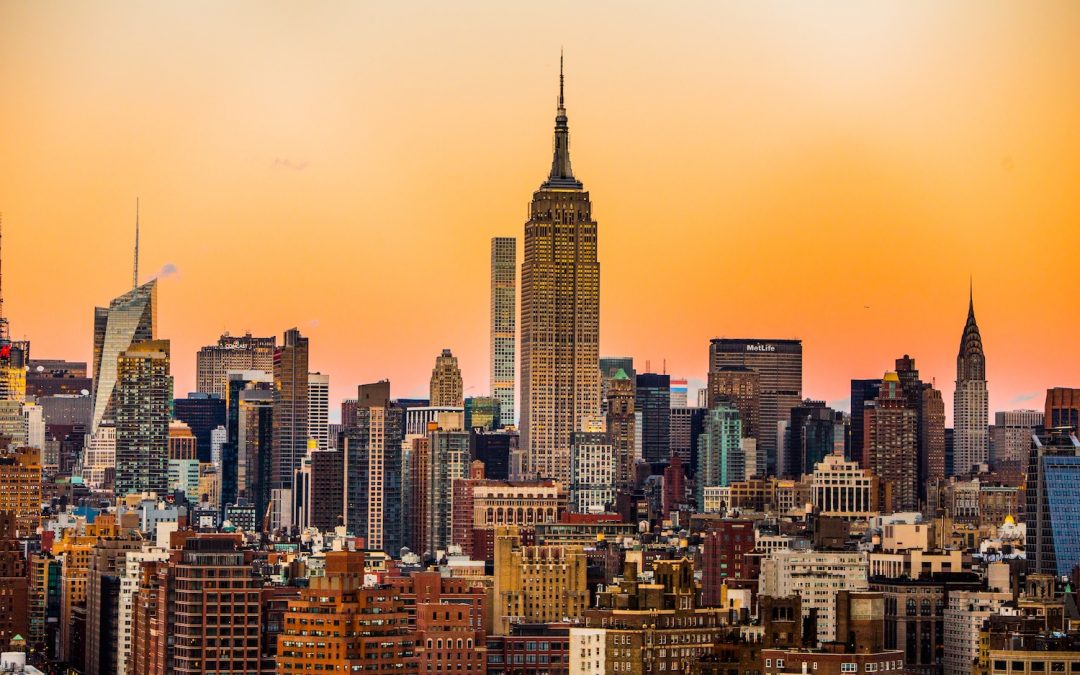 Last week’s soothing comments by the FED and strong employment numbers sent equity markets higher across the board, the US dollar lower, Bond yields lower and Metals stronger.

Chinese and British equities were the strongest but the momentum has been weakening globally, with US stocks at levels of major resistance and some Asian markets showing signs of becoming more hesitant.

The January rally was the strongest in 40 years in terms of thrust but a lot of investors did not participate in the rebound. We expect more volatility ahead.

Next week should see significant progress on the Trade War front as America is starting to realize that even as consumption is rising in China, American companies are losing ground there.

Significant advances will have been reached in the negotiation process and Le Hui met Donald Trump last week. The Yuan advanced again as a sign of goodwill and we see the trend as solid and probably the most important outcome of the trade war.

China promised to “substantially” expand purchases of U.S. goods after the latest round of trade talks, and both sides planned further discussions to reach a breakthrough with only a month to go before the Trump administration is set to ratchet up tariffs. China agreed to increase imports of U.S. agriculture, energy, industrial products and services.

President Donald Trump said Thursday he will dispatch two of his top negotiators to China following two days of talks with Chinese officials in Washington. Treasury Secretary Steven
Mnuchin and U.S. Trade Representative Robert Lighthizer will visit China in mid-February to hold the next round of talks.

The countries also agreed to strengthen cooperation on intellectual property rights and technology transfer, Xinhua said. In a statement, the White House didn’t list any new
commitments by either side, saying only that progress had been made and “much work remains to be done.”

Trump also raised the possibility of a face-to-face meeting with Xi Jinping after receiving an official invitation from the Chinese leader. One possibility would be for a meeting with Xi after
the U.S. president’s planned summit with North Korean leader Kim Jong Un in late February.

Lighthizer told reporters on Thursday that the two sides had engaged in an intense and detailed discussion focused largely on U.S. demands for Chinese structural reforms this week. He conceded, however, that the two sides were only just starting to draft a common negotiating document, a sign of just how much work remained on nailing down the substance.

The most likely possibility would be for the two sides to issue a memorandum of understanding, raising questions over how enduring such a deal would be and whether it would last into another administration.

The U.S. is insisting that any deal should be enforceable and Lighthizer called that idea “foundational” on Thursday. But people familiar with the discussions say the U.S. side itself
has yet to agree internally on what the right mechanism to enforce any agreement would be.

While the Chinese have signaled their willingness to have a deal be enforceable, they have been toying with ideas such as having independent arbitration tribunals that the U.S. is unlikely to accept, one person familiar with the negotiations said.

We worry seriously about a sharp slowdown of the US economy in the coming weeks despite the strong employment numbers that were published last week. Consumer confidence is on a tear and that usually indicates a sharp slowdown ahead.

The sharp decline in US consumer expectations is an ominous sign. Its spread to present condition has rarely been so large leading successful investors such a J. Gundlach to become extremely cautious.

Billionaire investor Jeffrey Gundlach says the underlying data suggest a recession is coming. “The most recessionary signal at present is consumer future expectations relative to current conditions,” Gundlach tweeted Tuesday after the Conference Board’s survey for January
showed the widest gap between the two since March 2001, the first month of the U.S. recession that year.

Known as a contrarian, the DoubleLine Capital chief executive officer was one of the few money managers to predict that Donald Trump would be elected president and that stocks would fall last year as we did.

AMAZON’s weak guidance and average results show the beginning of a slowdown in US consumer’s appetite.

What to make of equity markets

The Nasdaq was up 9 % in January, back to its pre-December correction levels.

Comprehensive data on mutual fund flows now confirms that the massive outflows in December for US equity funds was the largest on record. As a percentage of assets, it was exceeded only by July 2002 and October 2008 in recent history. Equity funds lost more than $89 billion in assets in December alone, which greatly exceeded the last two extremes from July 2002 ($53 billion) and October 2008 ($70 billion). Those two months marked the height of investors’ panic, though not the exact lows of the bear markets.

And investors are NOT buying the rebound.   Since the December 24 bottom in most of the major stock indexes, sentiment has swung back to a normal level, even tipping into optimism depending on the indicator. One exception to that is the opinions of individual investors in the weekly AAII survey. Even after a steady 5-week rally, US individual investors have not jumped back in. The S&P 500 is up about 9% from the low, but there are still well fewer than 40% bulls in the survey. The long-term average is 38%. This means that a lot of investors have taken losses and not recovered.

Employment, economic and monetary conditions were as good as it gets in 2017 and 2018, leading to record levels of confidence.  The types of readings recorded over that period have consistently led to recessions and/or bear markets.

The decline in October generated panic readings. The subsequent rally was less than average and ultimately failed with a panic downdraft in December. That is a confirmation that the bear market that we had predicted had indeed started.

The decline in December generated even more extremes that have consistently preceded medium-term rallies of 10% – 20% over several months, even during bear markets. We probably have started that phase in January.

Looking at the average behavior of bear markets since 1950, we seem to ne following the same pattern right now. During the peak-failure-panic cycle from September, stocks have followed the typical Justin Mamis Sentiment Cycle, suggesting months of digestion. This is usually also what we see during bear markets, even non-recessionary ones.

What this is telling us is that another downdraft is coming in February re-testing the December low or marking a higher low. On the SP500, this means at least 150 points downside from last Friday’s close.

In a nutshell, we see down markets in February and stronger markets up to June-July of 2019 before the C leg of the cyclical bear market takes hold in the second half of the year.

We are raising cash, increasing our hedges and aim at protecting our performances.

Maduro’s regime is ending in Venezuela.

One of our Strategic investment calls for the year 2017 was the fall of the Chavez/Maduro regime in Venezuela, but it took two more years for things to develop there.

In the past two weeks, the USA, Europe and the UK have taken action to support officially Juan Gaido, the 35 years-old leader of the National Assembly, backing his claim to become the Legitimate President of Venezuela by interim and the UK blocked 1.2 Billion of Venezuelan Gold held in the UK while America imposed a blockade on Venezuela’s oil trading operations in the US, effectively preventing it from exporting its oil.

Gold bars worth about $850 million, had been weighed and separated in the central bank vaults and charged in a Russian airplane for transportation, but the plane was ultimately prevented from taking off.

The attempts by Maduro to ship Gold outside the country smacks of panic amongst its ranks as the Venezuelan army is becoming more and more hesitant to continue to support a regime that is facing millions of demonstrators in the streets almost every day in every major city of the country.

President Donald Trump is pulling out of a landmark 1987 arms control treaty meant to limit intermediate-range nuclear missiles in Europe, saying that the U.S. will no longer tolerate years of Russian violations.

Trump said Friday that the U.S. was suspending its obligations under the Intermediate-Range Nuclear Forces Treaty, starting the clock for withdrawal six months from now, unless Russia “comes back into compliance by destroying all of its violating missiles, launchers, and associated equipment.”

The suspension represents another flashpoint in U.S.-Russia relations and another repudiation by Trump of international agreements, from the nuclear deal with Iran to the international climate-change accord.

Friday’s action had been all but guaranteed after Trump set a 60-day deadline two months ago for Russia to destroy all of its ground-launched cruise missiles, known as 9M729s.

Russia has denied violating the INF treaty, accusing the U.S. of breaking its terms and warning that withdrawal from the Cold War-era accord signed by the Soviet Union would trigger a new arms race.

That fear was echoed by analysts and Democratic lawmakers, who agreed that the Russian missiles pose a threat but said the administration appeared to have no strategy for how to constrain it.

The Russian Foreign Ministry was more circumspect in its reaction, with spokeswoman Maria Zakharova saying on state television that Moscow reserves the right to respond if the U.S.
exits the treaty.

While Europeans had hoped to preserve the treaty to stem proliferation of ground-launched, intermediate-range nuclear missiles, the Trump administration argued that Russia has been
in violation for years anyway. White House National Security Adviser John Bolton has called the treaty outdated and one that doesn’t address the rising threat from China, which isn’t a signatory.

It is difficult to see what will come out of this new decision apart form the fact that Russia will probably continue to act as it has done previously, but the US may decide to deploy more ground missiles in Europe.

This is just another element of global uncertainty in then current environment but we feel it is right for investors to keep it in mind.