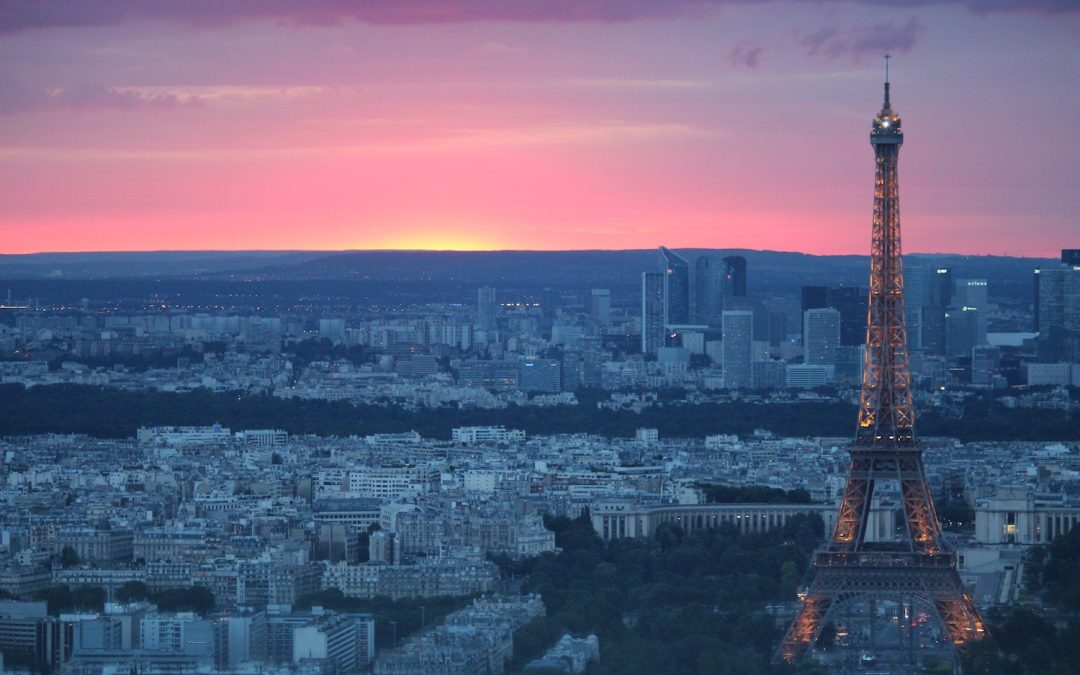 The current Optimism in Equity Markets may not last, but European equities show a desire to catch-up.

In a week that saw global equity markets jump +2.62 %, Asia and Emerging markets were less buoyant with the MSCI Asia Pacific rising by only +0.47 %.

The likelihood of a deal on the funding of the border wall, averting a Government shutdown and optimism about the US-China Trade negotiations made investors cheer up.

Risk is back on and investors are pouring money back into equities and risky assets.

The breadth of this advance – nearly 19 % on the SP 500 since the December bottom – has been remarkable and the Advance / Decline ratio is back to an all-time high, indicating that there is a lot of liquidity and participation in the market.

Surely, the determining factor of the rally has been the FED’s position to hold off on interest rates increase, but what the market is also telling us is that Monetary policy is still too lenient and accommodative.

Another marker that investors are re-assured with monetary policy has been the massive recovery in high-yield bond markets. High-yield bond indexes are now trading at new highs and investors are pouring money into lower credits as if there were no risks on the horizon.

Investors are back in a positive mode and are taking risks again. We cannot exclude the possibility that a serious outcome the US – Chinese negotiations could lead to an attempt at new highs in the Dow Jones Industrial, but we would not see them lasting. We still see a correction, for the coming two to four weeks before a more significant attempt at new highs in the second quarter of the year.

Corporate earnings are now out and if anything, 2019 earnings will not be as good as 2018. We have completed the earnings cycle in the US and the shot-in-the-arm of the Trump tax cuts will disappear this year.

Interest rates should remain on the rise and valuations are stretched again.

CEO’s have been buying back their shares at elevated valuations instead of running down their stock of debt. SANTANDER’s decision not to call their CoCos last week and issue even more illustrate that risk-taking is on.

The credit bubble is reaching record levels and the global economy is slowing down despite extremely low interest rates.

We see risks in the US equity markets and would not trust this advance too much. European stocks look positive while Asian and Emerging markets are less favorable.

A correction is bound to unfold in the coming weeks.

Investors are far too confident in our view.

European markets fared well last week as Germany narrowly escaped recession in the 4th quarter of 2018 and Italy'[s debt load came out at less than expected by the Government and the markets in 2018.

Italy’s debt load, the euro region’s second-biggest, rose last year but the increase was slightly smaller than the populist government had expected. The ratio of debt to gross domestic product reached 131.5 percent, based on Bank of Italy figures released Friday.

While that’s a slight increase from 2017, the ratio would be lower than the 131.7 percent expected by the Government and the markets.

The Italian state lender that’s backing Elliott Management Corp. in a battle for the future of Telecom Italia SpA is considering doubling its stake in the former phone monopoly. Cassa Depositi e Prestiti SpA was authorized by its board to buy as much as 10 percent of Telecom Italia’s stock if a management plan — including a spinoff of the landline business– delivers value.

Elliott, a U.S. activist fund, is fighting with Vivendi SA of France over the phone company’s strategy. Telecom Italia shares rose as much as 7.8 percent in early Milan trading on Friday, that was the biggest intraday gain since July 2016.

Bonds rose sharply as well. We had been recommending them in November and own them in our Model Portfolio.

The increased state intervention comes at a critical time in the conflict between Paris-based Vivendi, Telecom Italia’s largest shareholder, and Elliott, which controls the board. CDP supported Elliott’s successful board coup against Vivendi last May, and the investors are set to clash at Telecom Italia’s annual meeting on March 29, where Vivendi will seek backing for a new board slate.

The bright spots in America were job openings and wages where hourly earnings grew at a 1.9 % clip, the strongest advance in years.

France’s unemployment rate was also lower than expected at 8.8 % despite a sharp decline in global sentiment, Germany grew at 0.9 % for the full year and Spain has its first month of deflation.

In China, Bothe exports and imports were much stronger than expected, leading to a stronger Trade surplus than expected by the market. The bright spots were a very strong increase in CNY loans and a Money supply growing at 17 %. Both are leading indicators and point to stronger economic growth ahead.

In Japan, Industrial production is slowing down sharply, not a very good omen for growth ahead.

The US dollar remained strong last week, however the strength should be short lived. The market consensus is highly positive on the US dollar and long positions are at extremes while we see a sharp economic slowdown in the US in the first quarter.

The Government shutdown of the first part of the month blurred the picture by preventing the release of numerous economic data points but as things are getting back to normal, the data coming out of the US should bring the US currency lower in the short term.

The dollar fell on Thursday after a report that U.S. retail sales recorded the biggest drop in more than nine years in December, suggesting a sharp slowdown in economic activity at the end of 2018.

The Commerce Department said on Thursday that retail sales fell 1.2 percent, the largest decline since September 2009 when the economy was emerging from recession. Data for November was revised slightly down to show retail sales edging up 0.1 percent versus 0.2 percent as previously reported.

The sharp drop suggested a moderation in the pace of consumer spending, which accounts for more than two-thirds of the U.S. economy, in the fourth quarter.

JPMorgan Chase & Co cut its estimates of where the U.S. Federal Reserve will leave interest rates over the next two years, with just one hike this year and another in 2020.

The British Pound edged higher on Friday as strong British retail sales lifted sentiment, though investors were considering the consequences of a Brexit vote defeat in parliament for Prime Minister Theresa May.

On a weekly basis, the British currency was set for its third consecutive drop. Analysts said the latest parliamentary loss for the government, although on a symbolic vote, indicates May does not have the support of her lawmakers.

With less than six weeks before the March 29 exit date, May has stepped up efforts to convince the European Union to grant her concessions.

The Pound performed better against the euro, rising half a percent to 87.84 pence per euro at one point. The euro’s decline accounted for much of the move, though. The euro fell after a European Central Bank board member said policymakers were discussing whether to issue new multi-year cheap loans to banks.

As expected, Oil is putting on a new leg up rising +5.44 % on the week and en route to challenge our final objective of US$ 58 in this up phase.

The Organization of the Petroleum Exporting Countries and its allies led by Russia started voluntary production cuts last month. Saudi Arabia said on Tuesday it would cut an additional half a million bpd in March more than it previously pledged.

Supply has also been curbed by U.S. sanctions on Venezuelan and Iranian crude and reduced Libyan output because of civil unrest. Security threats could threaten Nigerian production after general elections this weekend.

The partial closure of Saudi Arabia’s Safaniya, the world’s largest offshore oilfield, occurred about two weeks ago, but the outage was only confirmed on Friday. Safaniya has production capacity of more than 1 million barrels per day. It was not immediately clear when the field would return to full capacity.

Gold and Silver are about to resume their advance after a pause of a couple of weeks and Gold should challenge the all-important US$ 1375 level very soon.

Soft commodities are “soft” as global demand and economic growth seems to be waning.

Our scenario of a sharp US economic slowdown in the first quarter of the year and a deflation scare is playing out as expected.

After the biggest drop in US retail sales in nine years, Citigroup Research’s gauge on U.S. economic data surprises fell 40.7 points this week for its biggest weekly decline since June 2011.

The Citi barometer, which measures whether U.S. economic data come in weaker or stronger than analysts forecast, is monitored by traders for the U.S. growth trajectory. It stood at -23.6 points on Friday, down from 17.1 points a week earlier.

The index’s drop this week was the steepest weekly decrease since a 60.0 point fall in June 2011.

Prices of imported goods and services into the United States fell 0.5 percent in January, resulting in the largest annual decline in nearly 2-1/2 years, according to the Labor Department.

The Commerce Department said on Thursday retail sales plunged 1.2 percent in December for their biggest drop in more than nine years.

Bond markets were unaffected with the only notable move in Government bonds being Indonesia.

As highlighted in introduction, High yield bonds have been extremely strong, recovering entirely form their 4th quarter decline and recording a new high.

US equities were strong last week and are now up between 10 and 12 % since the beginning of the year.

European stocks are playing catch-up with better than expected corporate results in many sectors and Germany guys avoiding recession in the 4th quarter. Italy was amongst the best performers rising by +4.45 % last week as public debt came out less than expected and TELECOM ITALIA had the backing of a State owned bank.

Asia was mixed with Vietnam rising sharply last week while India was by far the worst performing equity market of the world in 2019 for now.

Despite their strong rise, US equity markets shroud brace for a profit recession ahead.

After a big boost from corporate tax cuts in 2018, forecasts for U.S. earnings are falling sharply in 2019. Revenue forecasts remain relatively robust but a likely spike in costs will be the main reason for profitability to weaken.

The trade war between the United States and China and the stronger U.S. dollar are other significant risks to corporate margins this year. A soft boycott of US products by Chinese consumers have started already and only a serious resolution of the conflict quickly will pace the way for a normalization.

For the first quarter, analysts are forecasting a year-over-year S&P 500 earnings decline of 0.5 percent, according to IBES data from Refinitiv. Second-quarter earnings are still expected to grow 3.5 percent, though that estimate also is down sharply from the start of the year.

The drop in forecasts points to a profit recession, defined as at least two consecutive quarters of year-over-year earnings declines. The last U.S. profit recession ran from July 2015 through June of 2016. Projected revenue for S&P 500 companies has been more resilient, with first-quarter revenue growth estimated at 5.3 percent, based on Refinitiv’s data.