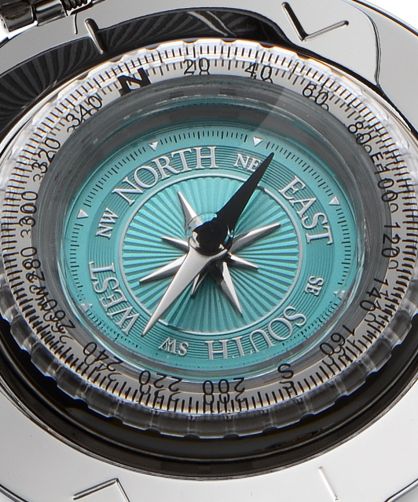 Oil collapsed for a seventh consecutive week, economic data out of Europe confirmed the economic slowdown there, Carlos Ghosn was arrested – a tale of too much power into too few hands – and Bitcoins, the last remaining potentially credible “crypto-currency”, lost 22 % of their value.

All asset classes fell sharply and there was nowhere to hide.

Global equity markets ended the week down -2.5 % on average, leaving their year to date performances sharply in the red.

US equities fell by 4 %, one of their worst week in 2018. Technology stocks kept on sinking.

Bearishness prevails and has now reached extremes. All medium-term indicators are at oversold levels and valuations in China and emerging markets are extremely depressed.

However, as highlighted in our previous publications, we see last week’s negative price action as the last convulsions in the complex basing process before a strong year-end rally unfolds.

Next week’s meeting between Donald Trump and Xi Jing Ping should provide the catalyst for a change in global market psychology.

With a potential year-end rebound in mind, Asian shares will outperform their U.S. counterparts in 2019. Just like in 2017, when the regional benchmark surged almost 30 percent, compared with a 19 percent advance in the S&P 500 Index.

The reason is that the region’s economies are much healthier than during the Asian crisis of the 1990s. China’s economy is strong and the Government has plenty of levers to sustain growth.

The 2018 strength in U.S. dollar has depressed emerging-market assets and put pressure on emerging currencies.  This is likely to end and we expect a weakening of the US currency in the weeks ahead as weak oil prices and depressed equity markets keep a lid on inflation.

Once the dollar turns, something we expect to see happening in the next two weeks, Asian currencies will start outperforming and the flow of funds will come back to Asian markets.

We have now reached the end of the first phase of the global bear market that started in January 2018 for global equities and in September 2018 for the US indexes.

The B phase – the Bear market rally – will last until March/ April of 2019 and the last down leg – the C phase – will probably end in September – October of next year.

The coming bear market rally should see global equities re-tracing at least 50 % of their fall. The year-end rally should be sharp considering the extremes of pessimism reached last week and the large volume of short positions. Asia will outperform strongly.

Two major sources of uncertainties should be lifted next week with the successful end of the BREXIT negotiations and a more conciliatory tone in the US – China Trade War.

In a rare occurence, US equities were amongst the worst performers last week.  They have all but erased their yearly performance and the Nasdaq was particularly hit as investors are reducing their strategic exposure in the overcrowded tech sector.

Tumbling oil prices pushed U.S. energy shares down more than 3 percent on Friday. As a result, US equities ended one of their worst week of the year.

Technology shares were pounded and the NASDAQ fell -4.41 %.Trading volume was light in a shortened session after the Thanksgiving holiday.

Chinese equities were the second worst as hedge funds and traders sold short the indexes on an important technical level ahead of the planned meeting between Xi Jing Ping and Donald Trump in Buenos Aires next week.

Conflicting signals were sent during the week with both parties confirming their willingness to meet half way to reach an agreement, but not willing to make real concessions.

The Trump administration dialed up its campaign against what it sees as cybersecurity risks from China and singled out Hua Wei and Chinese chipmakers as potential national security threats.

Equipment makers trading in Shenzhen, Hong Kong and Taipei were hit hard on concern the U.S. will succeed in persuading countries to avoid hardware made by companies perceived to have ties to the Chinese government.

The last minute positioning by both parties ahead of the meeting does not, however change the likelihood of a positive outcome at the planned meeting.

Donald Trump has nothing to gain from rising the current 10 % tariffs to 25 % in January as initially planned.  US corporations are the ones that will bear the brunt of the increases. Main Street and Wall Street are sending strong signals to the White House that there is not much to win and a lot to lose from the move.

The fact of the matter is that Chinese hedge funds and traders are shorting a market that has already fallen by 30 % and is trading at extremely cheap valuations.

Conversely, the psychology of long term investors has already started to change and large pension funds and Asset Managers are now publicly voicing their positive stance on Chinese equities for next year.

This is usually the best recipe for an extremely strong rebound.

European equities fell during the week but rose on Friday, led by a rally in Italian stocks as the country’s bond yields fell after a press report that EU Affairs Minister Paolo Savona is considering resigning over the government’s decision to challenge European Union budget rules.

BREXIT’s negotiation are reaching the final stage and the last minute issue of Gibraltar added another twist of uncertainty last week, but it is more than likely that the EU will approve the draft agreement this Sunday and that the UK Parliament will do the same next week.

Interestingly enough, the best performing equity markets of our entire universe up to this point in 2018 are Abu Dhabi and Saudi Arabia’s, China being the worst.

Some Asian markets such as the Philippines, Indonesia, Malaysia and Vietnam are showing relative strength and have started decoupling from global equity markets, pointing to Asian outperformance ahead.

Both Brent and U.S. crude fell to their lowest levels since October 2017 and were on course for their biggest one-month decline since late 2014.

They have now lost 33 % of their value since their September peak.

Although the Organization of the Petroleum Exporting Countries is expected to curb output, rising U.S. oil supply has fueled persistent concerns about a global surplus as America is becoming the world’s largest producer and shale oil logistical bottlenecks are starting to fade away.

Investors are also starting to realize that on top of the deployment of Electric Vehicles and its negative impact on finally demand for oil, the world is now starting to mobilize against the use of polymers and the ocean pollution they are causing.  Polymers are made out of oil and the legislative campaigns to ban the use of plastic in straws, cutlery and disposable bags will represent another significant decrease in final demand for oil.

Our THE END OF THE OIL ERA theme is in full play !

We may well be seeing a replay of 2014’s collapse and although we covered our short position in Oil too early – although at great profits – two weeks ago in our Model Portfolio, we stand ready to short oil again strategically on any rebound.

Oil is extremely oversold and should normally bounce now.  Next week’s G20 meeting may see a mini-OPEC meeting taking place on the side as the formal meeting is only in December.

Prices of base metals, including nickel and copper, fell sharply onFriday on  worries of weakening demand in China and a slowdown in global growth as a result of trade tensions between China and the United States.

Gold and Silver are making a solid base and are only waiting for a weaker US dollar to power ahead strongly.

The US dollar ended the week lower overall even as the AUD and the NZD corrected some of their advances of the past few weeks.

Underwhelming economic data from Europe dimmed market sentiment. Surveys of German and euro zone purchasing managers came in weaker than expected pushing the EUR lower on Friday, but not enough to record a new low.

The Turkish Lira and the Ruble maintained their upside momentum.