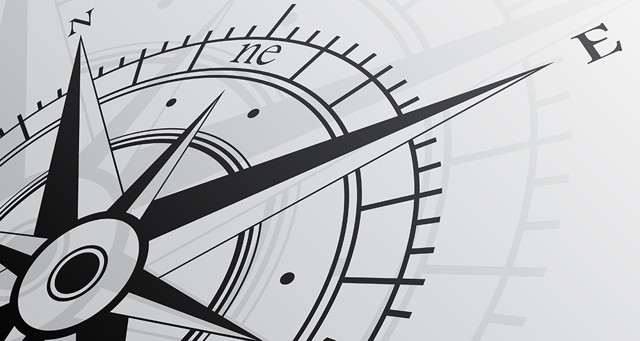 With only three weeks to go before the crucial Nov. 8 US mid-term elections there is a clear sense that Donald Trump is extremely worried about the outcome of the elections.

He seems to have embarked on a Poker Game “All-In” strategy with his electorate, firing on everything he thinks will rally the support of his traditional electorate.

Besides claims that China is meddling in the election process, – something that all the cyber-security agencies deny having any proof of – his latest shot was to announce that the US would pull out from the long-standing strategic nuclear accord with Russia, and accord in place since the end of the Cold War and that has guaranteed the world a phenomenal era of peace.

Maybe Donald Trump wants to show that he has no particular ties with Russia but there is a high probability that the American electorate will not like this latest bout of aggressiveness.

The American People has nothing against China or Russia and is enjoying the current peace.

As we predicted in our piece titled DONALD TRUMP’s POLITICAL SUICIDE, Americans do realize that the confrontation with China has created tremendous uncertainty and they are linking the recent volatility in the stock market to that un-necessary confrontation.

The carrot after the numerous sticks came in the form of a sudden announcement plans for additional Tax cuts for the middle income US tax-payers and, the interesting part, is that no one and the GOP has ever heard about it.

Likewise, we would not be surprised to hear of a sudden warming-up of the relationship with China following the scheduled meeting of Donald Trump and Xi Jing Ping.

We expect a tidal wave of anti-trump votes in the upcoming Mid-term elections as large chunks of Americans who usually do not vote will express their anger at what America is becoming and a strong mobilization of women.

When compared to the 2016 Presidential elections, it is highly likely that Donald Trump has not gained much new voters.

On the other hand, there are four components of voters that are going to modify their votes and that will probably be against Donald Trump.

Women – including Republicans – are likely to mobilize en masse and deliver a strong anti-Trump message.

A segment of Non-Voters, particularly Democrats – who did not vote in the Presidential elections are likely to feel more concerned now and vote against him.

A segment of Republicans who had voted in the Presidential elections may also decide to abstain this time now, not wanting to harm the Republican Party but also delivering a strong anti-Trump message.

Finally, the 2016 Presidential election was won by the Republican Party through a surprise victory in three mid-western states that were traditionally Democratic strongholds.  It is more than likely that these States will revert en masse to their old inclination.

On balance, these four components could tilt the elections severely against the Republican Party and the political strategists of Donald Trup seem to know that full well.

Hence the “all-in” win or lose it all strategy of the President and the announcement of this unheard of new tax cut.

A severe defeat of the Republican Party in the Nov 8 elections will probably be taken as good news by the financial markets and trigger the year-end rally in equities.

After worries about higher interest rates sparked a steep sell-off in early October and again last Thursday, equity markets stabilized this week as US corporations started reporting their Q3 earnings and China intervened to prevent the 30 % bear phase to morph into panic selling.

Equity markets are stabilizing after the panic selling of the previous week and most indexes were marginally negative.  Asia fell by another -0.78 % for the week.

The key question for investors is whether the correction of the past few weeks was just a cleaning up of the froth or whether equity markets may fall sharply anew.

We warned investors about the impeding correction ahead of time and see it only as a warning shot within a much larger topping process of the entire 2009- 2018 bull market.

Our analysis is that interest rates and bond yields are still at levels where monetary policy remains supportive and corporate earnings should remain strong and support equities in the last two quarters of 2018.

Another positive sign is the definite topping out of Oil prices as the assassination of a Saudi opponent in Turkey has put Saudi Arabia on a very negative footing.  It is likely that they will yield to the pressure from America to lower oil prices in the future.

This in turn should assuage concerns about inflation and keep a lid on US bond yields for a few months.

In the US, a strong economy and deep corporate tax cuts should help S&P 500 earnings per share grow 22 percent in the third quarter, according to analysts.

However, the batch of results published last week was uneven and investors are now clearly starting to worry about slower growth in 2019, when the corporate tax cut benefits will be a year old and no longer create an extra boost.

The S&P 500 remains down 5 percent from its Sept. 20 record high close and the larger US indexes are still in the positive trend of the bull market.

However, The Russell 2000 and the Transportation index have already broken their 2016 uptrend while the leaders of the entire bull market are showing clear signs of topping out.

It is our view that the top of the entire 2009-2018 US bull market was made on September 20th, and that a last attempt at new highs will be made in the coming three months, but will fail.

Next week will be crucial for tech and for the global sentiment as Microsoft Amazon.com Inc, Alphabet Inc, and Facebook Inc publish their results

Propelled by its cloud computing business, Amazon is expected by analysts to report a September-quarter non-GAAP net profit of $1.54 billion, or $3.12 per share, compared to just $256 million a year ago..

Facebook reports its quarterly results on Oct. 30, followed on Nov. 1 by Apple.

A 5 percent surge in Netflix on Wednesday after its upbeat quarterly report allayed fears the video streaming company was losing steam, but the stock nevertheless ended the week sharply lower.

As our readers know, we have called THE END OF TECH as early as April 2018 and started building our strategic short exposure in June and July.

We took some profits on our shorts last week, ahead of the reporting season and will use any strength in the coming months to rebuild our short exposure.

With investors worried about increased internet regulation and criticism of Facebook’s handling of user data, the social media company’s stock has slumped 29 percent from its record high on July 25.

Alphabet is 15 percent below its July 26 record high close, while Amazon has fallen 12 percent this month.

Microsoft has also stalled after doubling over the past two years.

Powerful rallies by Facebook, Amazon, Alphabet, Apple, Microsoft and Netflix in recent years have made them must-own stocks for portfolio managers, making their ownership so widespread that they are at risk of a major sell-off should a majority of investors’ views about them change for the worse, and we think it is just a matter of time before this happens.

European stocks stabilized after their sharp fall of the previous weeks and are now trading on very strong support.  We have actually taken advantage of the weakness to increase our exposure to European markets.

We may also see a turning point in the EUR/USD exchange rate.

The Italian / EU budget saga is counterproductive and feeds a negative sentiment about the entire European construction while the failure of the BREXIT negotiations on the Irish border have clouded sentiment.

We expect both clouds to dissipate quickly and are accumulating German, Swiss, French, Spanish and Greek stocks at current levels

Asian Markets were mixed and are giving signs of bottoming out. The major news was the concerted intervention of Chinese officials to stop the panic in their equity markets.

They triggered a significant bullish reversal in most indexes indicating that the bear phase was over.

Most Asian currencies stabilized or even rebounded and India, Indonesia, Korea and the Philippines have triggered strong BUY signals.

All-in-all we take the current weakness as a significant BUY opportunity for the rally that should unfold after the Nov 8 mid-term elections, where we expect Asia, China and Europe to outperform strongly the Us equity markets.

The US dollar held its grounds last week but the sharp reversal in many emerging markets currencies may herald a change of trend for the US dollar pretty soon.

As our readers know, we have predicted the rise in the US currency since the beginning of the year, and the global bull trend is still intact as we see Us rates climbing further in the quarters to come.

However a pause may be at hand and most commentators have changed their tack from bearish Dollars to Bullish Dollar.

The Turkish Lira and Brazilian real were again the winners last week and we expect Asian currencies to start appreciating in the coming few months.

OIL’s UPTREND IS OVER…

As our readers know we have constantly highlighted that the 2016 – 2018 bull phase that took oil prices form US$ 25 to nearly US $ 75 was artificially engineered by OPEC and Russia and against all the fundamentals of final supply and demand.

In the process, they benefitted from the logistical bottlenecks of oil pipelines which are saturated and unable to ship the massive supply of oil coming from the shale production sites in the US.

With 42 % of its GDP coming from energy, Russia derives obvious benefits from higher oil prices and Saudi Arabia was en route for a US$ 2 trillion floatation of the Saudi National Oil company ARAMCO, which was initially scheduled for September 2018 and finally postponed sine die considering the complexity of the re-organization of the Company the privatization would imply.

Donald trump has severely criticized Saudi Arabia for manipulating the price of Oil, even threatening the Kingdom of severe repercussions.

The phenomenal blunder of the assassination of Jamal Khashooggi in Turkey has weakened considerably Saudi Arabia’s position internationally and it is likely that Saudi Arabia will now want to restore its credibility by allow oil prices to fall.

Oil fell below 70 $ last week, losing another three percent and a new bear trend is unfolding.

Gold and Silver consolidated their gains and remain supported.

Coffee and Sugar are building up on there gains with Coffee up more than 25 % since we called the bottom a month ago.

Bond yields remained rather stable last week and the release of the US 3Q GDP number this week will probably show a marginal decrease in the US GDP for the third quarter.

That, combined with lower oil prices, should then keep a lid on inflation and re-assure bond markets.

Emerging market currencies are bottoming out and that should also be favorable for their bond markets.

On balance, we see a period of calm or even marginal positivity for Bonds globally in the next two months.