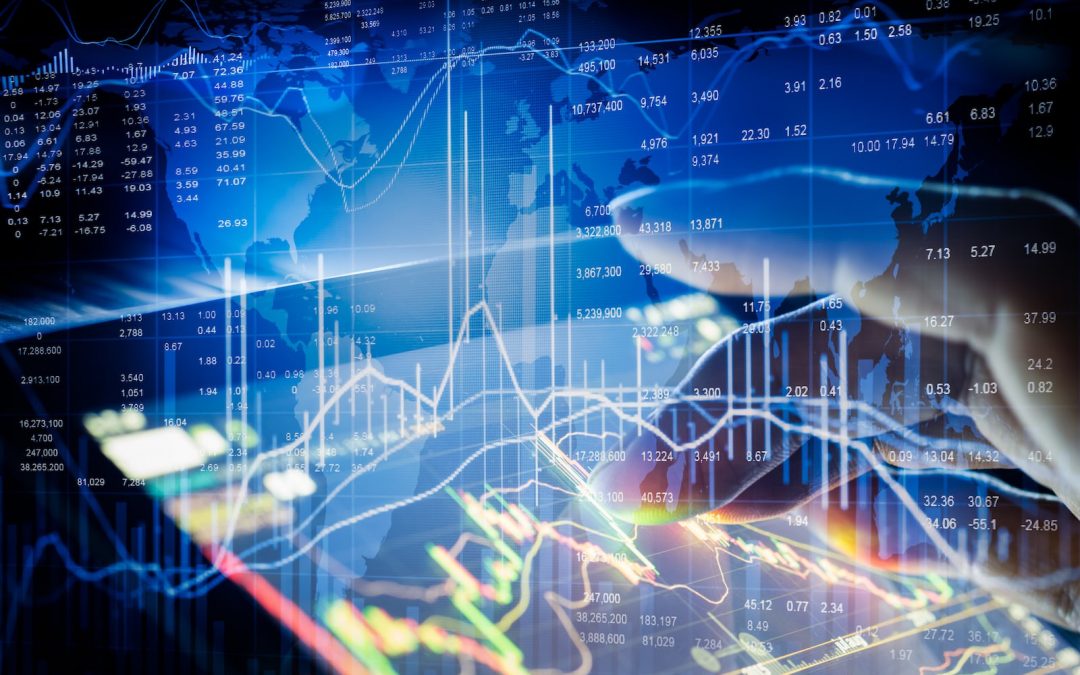 A sea of red and the worst week in global equities since 2016, but this is only a warning shot …

Over the past few weeks we have been warning about a sharp global correction in equity markets as bond yields and equity indexes were recording new highs together.

Investors have finally realized that inflation is back and that interest rates are bound to rise further.

The correction of the past three weeks have been severe, shaving all the year-to-date positive performances of equities and most indexes are now in the red for the year.

Most markets were down by 5 % on average, with China catching up on the downside after the holiday of the first week of October.

Saudi equities were hammered down after the revelations that a Saudi journalist had been tortured and killed in the Saudi consulate in Istanbul, weakening considerably the political stature of the Heir to the Saudi Throne.

As Wall Street rebounded on Friday after its worst two-day slide in eight months, the U.S. stock market internal dynamics remain fragile, with nearly three quarters of the S&P 500’s .SPX components in correction territory, or in outright bear markets.

Following Wednesday and Thursday’s 5-percent rout on the S&P 500, the  index is down nearly 7 percent from its record high close on Sept 20.

While technology stocks have born the brunt of this week’s selling, companies across the 11 major sectors have felt the pain.

The stocks that have fallen most from their 52-week highs also include consumer discretionary and staples, health care, financials and industrials.

On the New York Stock Exchange, 1,134 stocks on Thursday hit 52-week lows, with only 23 establishing new highs. That performance was far worse than the worst day of the sell-off in January and February.

AS we highlighted in our various posts, the real danger of the US stock market is the high concentration of instruments in only a bunch of leaders of the entire bull market and the high level of confidence and ownership of individual investors.

All that was shattered last week and fear came back last week.

However, we see the current correction to have run its course for now and although there is a high probability of a re-test of the lows, we see a strong rally unfolding after the November 8 US mid-term elections.

Most US indexes have tested and rebounded above both the 2016 uptrend and their 200 days moving averages, signaling that the support should hold for now.

Asian Markets are delivering strong BUY signals form extremely oversold levels and we expect them to outperform sharply over the coming few months.

India and Indonesia were the only two equity markets to end the week in positive territory.

Another factor leading us to believe that the correction has run its course is the fact that corporate earnings of the 3rd quarter will be strong.

The Q3 earnings reporting season started on Friday with healthy numbers published by the big banks, and earnings are expected to have grown  22 % year-on-year in the 3 Quarter.

US Companies are expected to earn $42.11 a share in the June-September period, a quarterly record.

But evidence is mounting that U.S. companies are growing less confident they’ll be able to hit analyst profit targets.

Looking at forecasts issued by S&P 500 members last month, Bank of America found that more than two times as many projections were below the Wall Street consensus than above. It’s the most shortfalls in 2 1/2 years.

While it’s not unusual for companies to predict profits won’t match expectations — the long-term average is 1.5 below for every 1 above, according to the bank — the spike in pessimism among firms could prompt analyst to follow suit, pressuring stock prices ahead.

The guidance ratio is still above average, but it is clearly coming down.

Analysts, Wall Street’s most reliable bulls, keep raising profit estimates even as executives from Netflix to Applied Materials warn that the effects of rising interest rates and the Trump administration’s trade war may crimp margins.

For investors used to results soaring past estimates, disappointment will be costly. We shorted AMD in the hype of September and were right to do so.

As we have been saying all along in our various articles since the Trade War between the US and China started in February 2018, the key issues and ultimate objective of the Sino-US trade war is a re-evaluation of the Chinese Yuan.

At this week-end’s Annual meeting of the World Bank in Bali, Indonesia, the United States made currency a central part of any solution to the bruising trade fight with China and increased the pressure on Beijing to speed up economic reforms.

“China will continue to let the market play a decisive role in the formation of the RMB exchange rate,” Yi said in the statement “We will not engage in competitive devaluation, and will not use the exchange rate as a tool to deal with trade frictions.”

A communique issued by the IMF’s member countries on Saturday – which followed fresh tumult in financial markets – also sought to soothe nervous investors with a pledge to step up their dialogue on trade issues.

U.S. Treasury Secretary Steven Mnuchin said on Saturday that Chinese officials told him that further yuan depreciation was not in China’s interests and that currency issues needed to be part of U.S.-China trade talks.

We have always argued that China’s constant Trade Surplus was structural in nature and due to the undervaluation of the Chinese Yuan.

Only a significant revaluation of the Yuan will reduce the Trade surplus of China in the long run.

In a week of high volatility for bonds and equity markets, currencies remained relatively stable, the Japanese Yen being, as always, strengthening at times of risk-off mode.

The US dollar index fell marginally and closed above the key 95 level, as US inflation data released on Thursday showed no signs of acceleration.

The Fed will follow its own path of tightening while Europe and Japan will keep rates low, despite rising inflation.

Emerging market currencies remained extremely stable and many of them are making important tops.

As we predicted, Oil prices fell -4 % last week  and accelerated downwards on Friday after the International Energy Agency deemed supply adequate and the outlook for demand weakening.

The West’s energy watchdog said in its monthly report that the market looked “adequately supplied for now” and trimmed its forecasts for world oil demand growth this year and next.

Both benchmarks recorded their first weekly drop in five weeks, pressured by a big rise in U.S. inventories and fading concerns about shrinking global supplies due to looming U.S. sanctions on Iran’s oil exports.

The IEA report is the latest official forecaster to predict weaker demand ahead and conclude that supply is adequate. The Organization of the Petroleum Exporting Countries made a similar move on Thursday.

A drop in U.S. oil production this week supported prices. In the U.S. Gulf of Mexico, companies cut output by 40 percent on Thursday because of Hurricane Michael, even as some began returning crews to offshore platforms.

Gold and Silver remained relatively quiet considering the panic in the stock markets, but the weekly close calls for higher prices in the coming weeks.

See our Post TREES DON’T RISE TO THE SKIES

Calm has returned to the US bond market

As we expected, the severe fall in equity markets put a floor under bond prices and investors jumped into Treasury bonds for safety.  Us and Canadian bond yields fell by 7 and 10 basis points while European and Japanese bonds were stronger.

The Italian debate with the European Union about the appropriateness of the Italian budget sent Italian bond yields another 15 basis points higher but the markets are starting to accept the fact that Italy’s populist Government may actually be doing the right thing by kick starting their economy.

There is one area of serious concern building up in the US though; we are living the “junkiest” bull market of all.

We may be enjoying the longest equity bull market ever, but those skyrocketing security prices also come with the weakest credit situation ever experienced in the past 30 years.

US corporate credit quality, as measured by ratings distribution, is far weaker today than at previous credit cycle peaks of 2000 and 2007and much worse than they were in mid-2007 when the last credit cycle was peaking.

Many speculative-grade companies, led largely by private equity sponsors and pliant lenders, are choosing financial exuberance and ignoring the lessons of the 2008 crash.

There are currently 456 U.S. corporate issuers rated B- or worse, double the number in mid-2007.

Corporate credit quality during prosperous times is influenced by two opposing forces. Quality should improves as corporate operating performance gets stronger but that improvement has been offset by aggressive borrowing to finance expansion and shareholder returns.

The net result is much worse balance sheet and liquidity positions than ever and a continuation of rising interest rates will take a severe toll of USA corporate funding costs and corporate results.

We are not overly worried in the short term as earnings will continue to be strong in the next three months, but things will start deteriorating sharply in the first quarter of 2019 when the base effect of the 2018 tax cuts will fade.