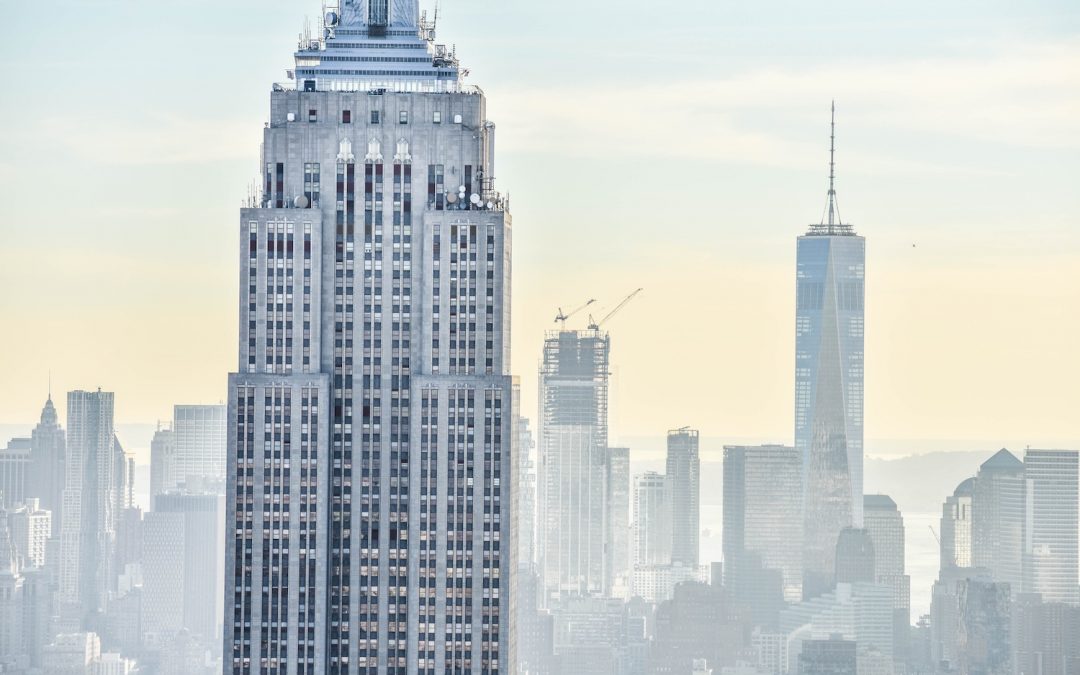 As we warned in our January 3rd post titled “it looks scary, but it is time to invest in equities and short the Japanese Yen “ the conditions were ripe for a significant rebound after the bloodbath of the last three weeks of December.

Asia had been giving clear signs of relative outperformance over the past few weeks and it is only normal that it took the lead upwards last week. The MSCI ASIA PACIFIC rose 4.06 % last week, and the best performing stock markets were the Hang Seng Index and Chinese H-shares ( up 6 %)

Oil prices rose sharply and the Chinese Yuan had its best week in years.

Last week’s rally in equities built on an extremely depressed sentiment and was triggered by good news on the US China Trade War front as the US delegation was greeted by China’s Chief Negotiator and Minister of Commerce Liu He and the two days negotiations were extended for a third day.

There is a clear sense that Donald Trump finally realized that he could not politically afford the US$ 5 trillion equity rout of the 4th quarter to continue and that a deal with China is needed.

Tim Cook’s – Apple’s CEO – warning that Q4 sales would be 10 % lower than expected by analysts because of a sharp slowdown of sales in China was a stark remainder that the Chinese feel unjustly attacked by the US and are privileging non-US products, as we predicted as early as February.

Donald Trump must move swiftly and better the relationship with China extremely quickly if he does not want American corporation to lose their presence in the world’s largest consumer market.

Likewise, China needs to move on with its economic transition and counter the slowdown that it is currently going through and that has been made worse by the Trade War.

For the first time in 20 years, less cars were sold in China in 2018 than in the previous year and for the first time since 2016, Chinese corporate profits did not grow in November. Last month’s economic data showed a mild contraction in industrial production and a continued expansion in consumption, but the macro dynamics are still on a downtrend.

The uncertainties created by the Trade War and the 30 % fall in Chinese equities have clearly kept the Chinese from spending and the stimulative measures implemented by the Government have not yet fed into the economy.

Last week, the PBOC lowered the bank’s Reserve Requirement ratio by 1 %, freeing significant lending power but it will probably take until April-June before the Chinese economy regains momentum.

We expect another set of good news on the Trade Front next week and the approval of a draft accord before the end of the month.

Interestingly, and as we advocated all along, the Chinese Yuan had its strongest two weeks in years appreciating to 6.76 last week, a major development considering the fact that Chinese rates fell over the period.

As we argued all along,  China’s Trade Surplus is structural in nature and its main cause is an undervaluation of the Chinese currency artificially engineered by the non-recycling of its surpluses into its local currency.

Nothing, and certainly not tariffs, will contain China’s Trade Surplus with America. Only a substantial appreciation of the Chinese Yuan will and the Trump administration has clearly laid out the problem.

Both parties know that full well, but China has been waiting for the economic transition from export to consumption to be more advanced to let its currency appreciate.

When Donald Trump launched his Trade War in February, the first reaction was to allow the currency to depreciate to counter the effects of the tariffs.

However, we may have reached the stage where China has no options anymore and will allow its currency to appreciate.

An interesting development of the past two weeks is that several annual meetings of the regional committees of the Communist Party has been rescheduled from November, December and January to February 2019.

This is extremely unusual and could indicate that a major structural policy change may be in the making, needing approval of the local committees before announcement.

There is also certainly an internal fight with the Communist party on how to handle the US Trade War between the traditionalists, more hawkish approach, and the progressive wing, keener to strike a deal with the US and open up China.

The next two months should be extremely interesting for Chinese Assets.

On a completely different spectrum, the Great America has had its Government shut down for 21 days now, the longest shutdown in its history with a President that is demonstrating once again that his beliefs and electoral promises are more important than the opinion of the majority of the representative of the people and that he has no consideration whatsoever for the collateral damages of his bullying tactics.

Indeed, a Government shutdown does not stop the country in the short term but it will have lasting effects in the long term.

Resorting to the State of Emergency and to the US Army to fund and build a wall on America’s Southern border says much about the decline of America and its inability to rule the world anymore.

Donald Trump’s Presidency will have been an extraordinary accelerator of the decline of America and the leadership transition in favor of China.  No one expected it would happen that fast.

Brexit’s last step towards the abyss

On Tuesday, the British law makers will have to contemplate the choice between an imperfect deal with the EU or a nasty divorce with significant economic consequences.

A hard BREXIT is estimated to cost the UK circa 10 % of GDP and significant losses of jobs and industries in the future.

There is no more political haggling to be had and the Law Makers are now alone in their choice for the future of the UK.

We are convinced they will ultimately adopt the May plan and chose the safest option.

Although we played the rebound well and we are confident about the upside for China and Asia, we remain cautious for the USA, Japan and Europe going into the next 6 weeks.

Indeed, we are not convinced that the December low was the ultimate low of the first leg of the bear market yet. In our post dated January 3rd titled A MAJOR SELL SIGNAL TRIGGERED LAST WEEK, we made the case that the fall in US equities would be sharper and more damaging than we initially expected.

As our readers know, we had been predicting the peak in equity markets in 2018 and global equities started a typical A-B-C cyclical bear market.

An extremely interesting analysis made by the celebrated technical analyst Justin Marmis focused on plotting all the cyclical bear markets of the past century in the US in one fitted single chart.

His conclusions show that they all have a similar pattern that corresponds to the various stages of psychology of investors.

If one concurs with this analyses, we are now in the very early stage of the A leg of the cyclical bear market that started in September 2018.

What we saw in December, very early January, was the “PANIC” Stage.

Last week was the rebound from that Panic stage and we expect US equities to trade at these levels for a few weeks, probably until the end of January, before starting the last leg down, the “DISCOURAGEMENT” phase.

We should see new lows on the Dow Jones, the SP500 and the Nasdaq before the A leg is over.

This down phase will probably unfold over February and March before we start a multi-week Bear Market Rally – The B phase of the cyclicalBear Market – sometimes in April, for a peak in June or July of 2019.

2019 will be a trading year with a lot of volatility and the completion of the bear market either at the end of 2019 or at the beginning of 2020.

Agile management and discipline will be required.

The main move in the currency market last week was the strong advance of the Chinese yuan, up + 1.57 % against the US Dollar despite the PBOC reducing its Reserve Requirement Ratio by 1 %, a significant easing of monetary policy by any standard.

The US dollar is turning as we predicted and the EUR closed at its highest level in months, en route for an initial target of 1.16, and a longer term target of 1.18.

The Japanese Yen has ended its bull streak and is now grinding back towards 112.

Gold and Silver are marking a pause in what will prove to be a significant bull market in 2019.

Metals and Soft commodities all rose last week as investors are getting more confident about a peaceful resolution of the Trade War .

Germany falls back into recession

On the Macro -economic front, last week real news was the shocking slowdown in Germany. A steep fall in industrial output raises a real risk that the German economy has entered a recession.

The decline dwarfs the weakness recorded in July as disruption to the auto sector crimped output and shows the difficulties facing Germany’s producers were not overcome in 4Q.

The latest data, even assuming a bounce back in December, mean
industrial output probably contracted in 4Q.

Industrial output fell 1.9% in November on a month-over- month basis, following a drop of 0.8% in October — revised from -0.5% in this release. The consensus was for a rise of 0.3%, and so figures came as a big surprise — excluding the volatile construction industry, the monthly fall was the largest in several years.

The weakness was spread quite evenly across all main categories and suggests the poor performance is not confined to the auto sector.

The biggest decline was recorded in consumer goods, with output contracting 4.1% in November. That follows a worryingly large 3.2% fall reported last month.

That sector alone shaved about 0.7% from production in November. Intermediate goods, capital goods and energy production each trimmed between 0.3 and 0.4 ppt from the growth of production overall.

The statistics office also reported a decline in construction activity.

This bodes badly for GDP growth in the quarter. Assuming output rose by 1.9% in December, which may be reasonable if an element of the weakness is related to worker absences around the holidays, then industrial output would still have fallen by between 1.2% and 1.3% in 4Q.

That’s enough to trim close to 0.3% from GDP in the quarter and mean that Germany has entered recession in the fourth quarter.

US Government bonds are over extended

At 2.74 %, and coming form 3.22 % in September, the US 10-year bond rally is looking clearly overbought and over-extended. The sharp bond rally of the 4th quarter had all to do with risk-off strategies and flight to quality, but we would certainly not chase bonds higher. Quite the contrary.

We are back in an environment that is not favorable for Government bonds.
This week the Cboe Volatility Index, a gauge of expected price swings for the S&P 500 known as the VIX, sank back below 20 after peaking above 35 just before Christmas Day.

Bank of America Corp.’s MOVE Index, the equivalent gauge for volatility in U.S. Treasuries, is also in retreat as the rush for safer assets ebbs.

But corporate Credits are coming back

Nowhere has the rebound been more dramatic than the American credit market.

At the tail end of 2018, the likes of Leon Black at Apollo Global Management and Scott Minerd at Guggenheim were among big names using words such as “collapse” and “bubble” as they fretted over corporate leverage.

As gauges of credit plunged in December, that kind of talk seemed prescient.

Yet the U.S. high-yield spread has tightened at the fastest pace since 2009. Leveraged loans clawed back the losses from all of December in just six sessions.

There were elements of policy mistake and fears of slowing growth behind recent the moves, we see no tangible signs that credit availability has tightened sharply in the U.S.

In fact, we can see similar episodes through the Eurozone financial crisis of 2010-2012 or the oil shock in 2015-16 when market tightness did not materialize into significant or protracted credit tightness for borrowers.