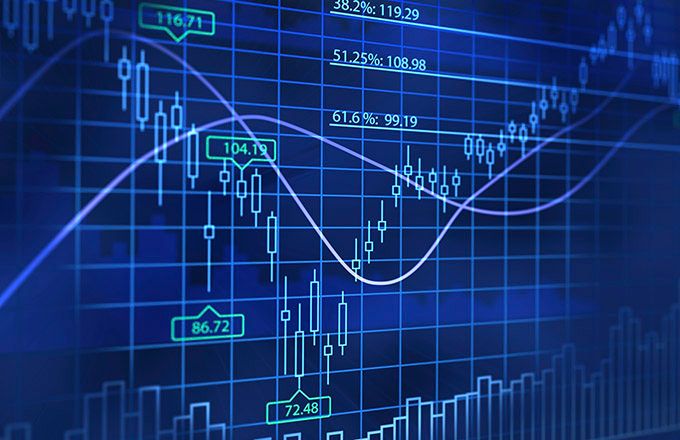 US Bonds Yields made a major Break-Out to the upside,

The Dow Jones made a new all-time High, but momentum is weak and Tech is rolling over,

Chinese Equities made a significant Bottom, the bear leg is over,

Japanese Equities are embarking on a solid bull market,

India is breaking down, Korea and Vietnam are promising, the rest of Asia is undecided,

Brazil, Turkey and Russia should do well,

The US Dollar looks weak, but the divergence between a clearly bearish YEN and a less clearly bullish EUR makes the picture less certain,

Cryptocurrencies rebound but the LT technical picture is negative.

A major break out took place last week and it worries us as far as global liquidity is concerned. After a failed attempt to close above 3 % in April, US 10 year bonds finally cleared the 2013 resistance, opening the way for 10 year bonds to shoot-up towards 3.6 and then 3.9 %.

The long term chart below illustrates the significance of last week’s break out in US Bond yields.

The long bond technical picture confirms the negative outlook for bonds in general and last week’s significant break above the resistance dating back to 2015.   The next target is 3.98, unless a break down in equities sends investors to the safe haven of bonds again.

The TLT proxy for mid to long term US bonds is on the edge of a major support line in a descending triangle dating back to 2016.

A good week for equity investors at large with new highs in the Dow Jones a major breakout in Japan and a solid bottom in place in China.

However, the global positive tone does NOT tally with the global liquidity implications of a crack in the US Bond market and the weak internal dynamics of the US technology sector.

We favor the first scenario.

However,  we do not exclude a sharp correction in US and maybe global equity markets in October before a new up-leg into the year-end and the 1st quarter of 2019.

Last week’s price action was positive for almost all equity markets and the MSCI World reflects the inherent strength of the rally.

A major bottom in Asia as the index rebounded on its long term moving average.  the MACD indicator is delivering a tentative BUY signal.
Overweight Asian equity markets.

What a nice +2.25 % last week with a close at a new all-time high, finally.
It feels, sounds, looks bullish but beware of a “Canada Dry” New High.
A reversal of last week’s strength would mark a significant and very negative Double Top.  WATCH CAREFULLY !

Nice, but less nice ! the Larger index has less momentum and is more overbought than the more concentrated Dow.

As highlighted in our market review, the breadth is weak, the number of 52 weeks new lows is amazing, and the split between new highs and new lows indicates low participation.

In fact, in the past two weeks, we had the biggest cluster of “Hindenburg” signals in the past 20 years, an extremely negative warning signal !WATCH CAREFULLY !

We have been arguing since March that the technology sector was in its final blow-off phase and deserved to be shorted on a structural basis.

Last week was the first time in many months the US main indexes closed higher while the Nasdaq closed lower.

For the past few weeks, many no-confirmations signal illustrated the weak internal breadth of the Nasdaq and several individual stocks are showing negative configurations.

We remain structurally short Tech and the Nasdaq !

The Russell 2000 index of US small caps has already rolled over and the MACD indicator is delivering a SELL signal.

Like most emerging markets, the configuration of the Brazilian stock market is turning positive and last week’s sharp move marks a higher Low while the MACD confirms the BUY signal.  BUY

Mexican stocks are undecided and the upward momentum following the US – Mexican prospective trade agreement had no follow through..

Despite last week’s rally, European stocks remain weak for most apart from France.  Our take is that there is more downside than upside in the next few weeks.

A sharp rebound in UK shares last week, despite the unsuccessful BREXIT talks.  Our views are that a BREXIT solution will never materialize form now till the end of October, but the configuration is not outright positive.

A strong rebound on the 12’000 support level last week, but the DAX failed to regain ground above the 2016 uptrend that is now acting as a residence line.  AVOID FOR NOW !

France is showing a more constructive configuration than most European markets. It’s ability to regain ground above the 2016 uptrend is a positive sign. However, we would like to see a clear break out to the upside before fully committing to the market.

Switzerland is neutral and last week’s rebound was less strong than most other European equity markets even if it marked a higher low. Swiss equities are very dependent on exports. Only a clear break above 9’250 would make it a clear BUY !

Last week’s rebound was strong in Spanish equities, but not strong enough to break above the 2016 uptrend. More confirmation to the upside is needed before turning really bullish.

A very strong rebound last week and the MACD indicators is delivering a BUY signal. We prefer to wait for a double bottom or a clear higher low before jumping in.

On the edge. Last week rebounded on the 2016 uptrend and the short term moving average, but the momentum is low after the significant down-move of the week before.

The long fall of the Greek equity market is starting to lose momentum and the index is oversold. However the downtrend is still in place and a clear bottom should be made before adding to positions

Russian equities rebounded sharply last week and closed above the two moving averages, a positive sign for the cheapest equity market of all.
The MACD indicator is giving a BUY signal too.   BUY

Strong rebound after a clear bottom and a strong BUY signal form the MACD indicator.  BUY

Dubai is still falling but the momentum is fading, a major support is at hand and the MACD indicator is diverging. ACCUMULATE

We remain cautious due to the Middle Eastern political situation and the developments in Iran.

The Chinese large cap index was amongst the best performers last week, rising by 6 % and finally breaking above the 2018 downtrend. A clear Bottom is in place and although a higher low will be needed to confirm the new uptrend, the downside is now limited.

The 2018 Chinese bear market is over. The larger CSI 300 Index rebounded sharply last week, broke above the downtrend and above the short term moving average.  Short covering and Government support should propel the index higher .  ACCUMULATE

The bullish China story is confirmed by all the Indexes.  BUY

Chinese shares listed in Hong Kong rose less than their domestic counterpart, testifying of the intervention of the Chinese Government in the domestic market. the HSCEI closed above its short term moving average but failed to close above the 2018 downtrend.

The Hang Seng Index rebounded form its long term moving average and a bottom seems to be in place. The MACD indicators are delivering a BUY signal that needs to be confirmed.  ACCUMULATE

Taiwan is still in a Horizontal consolidation that is holding well above the short term moving average.  The technical configuration is neutral.

As expected, the KOREAN market performed well last week and is now starting a new uptrend with a clear BUY signal on the MACD indicator.
BUY !

It is yet too early to call the end of the Singapore Bear phase. Last week’s rebound was strong, but not strong enough to indicate that a bottom is finally in place. WATCH !

Indonesia is consolidating horizontally after several significant bottoms between its two moving average. The technical picture is becoming more constructive, but not constructive enough for an all-clear BUY signal.

A nice rebound from the short term moving average but the Malaysia Index may weaken further before strengthening.  WATCH

A strong move and a strong BUY for Thailand. The close above the short term moving average is a strong indication that the index will re-test its previous highs soon.

The Philippines were hit by the worst Typhoon in decades last week and the economic damages are estimated at US$ 6 Billion.  Nevertheless, the stock market resisted rather well, marking a higher low and a hanging hammer, usually a bullish configuration.

Last week’s close above the short term moving average is a positive sign and the MACD indicator confirmed the BUY signal. We would like to see a stronger close next week.

India’s stock market had a roller coster week with the financial sector being hit by the non-confirmation of Yes Bank’s CEI and the worries about a housing financing house.

India is amongst the most expensive equity market of the world, it is over stretched and overbought and an important top was recorded in the past two weeks. On the positive side, it is still trading above its moving average and within its 2016 uptrend.  We see more downside before any upside.

Last week trading had a US dollar bearish tone but we remain structurally bullish the US dollar going into the year-end.  Higher bond yields and a diverging Japanese Yen lead us to believe that beyond some short term weakness, the US currency remains in a strong uptrend.

BUY the US dollar on weakness

Short term negative but the downside shroud be limited to the Moving Average before a new up leg.

EUR – Euro vs US Dollar

The technical configuration of the EUR is bullish but the upside is limited.
SELL on strength.

The break above the upper boundary of the long term triangle is confirmed and the moving averages are turning up.  We had recommended to short the Japanese YEN at 106.5 and we stay short for the time being.

Only a break of the 110.3 level would change the technical picture.

The Chinese Yuan is stabilizing at current levels. It is highly oversold.

An extremely unusual move in the Hong kong Dollar last week. Rarely in the history of the 1982 peg to the US dollar such a sharp move took place.
It may be due to large amounts of short covering as the HKMA tightened interest rates, or it may be the beginning fo something bigger..

The British Pound held well above its long term moving average despite the negative news on BREXIT and the MACD indicator is flashing a strong BUY signal.  BUY the GBP

The strength in oil prices is making Donald Trump unhappy. For the time being the trend is positive but the momentum is weak. AVOID !

Gold is finding a bottom and the MACD are slowly but surely forming a BUY signal.  ACCUMULATE !

Strong move last week testifying of short covering. We shall wait for a higher low before Buying.

Strong BUY in Palladium as highlighted last week. The trend is up.