The Longest Bull Market in US History has Already Ended.. 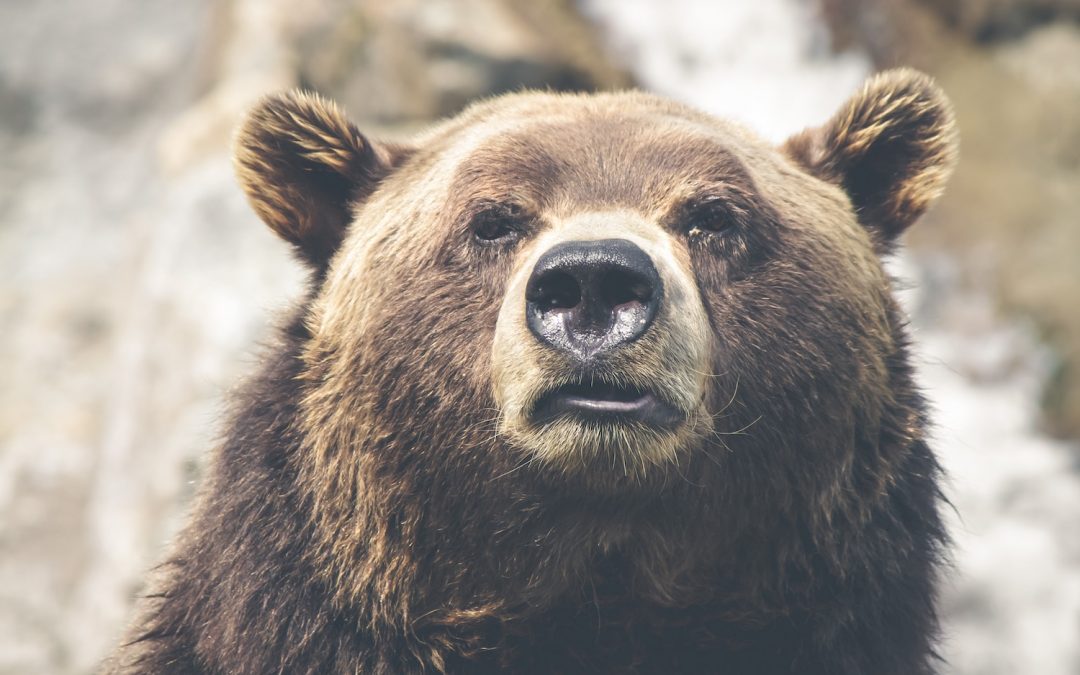 Market corrections are never easy to digest, and the current pullback for the stock market is another case in point.

Yesterday’s volatility saw the US indexes opening sharply lower but making back most of their losses, with sentiment indicators at records of pessimism.

The technical picture looks clearly like one of capitulation and an intermediate bottom is clearly in place.

Many Asian markets and China’s in particular made a bullish reversals  from a a four-year low, with the Government intervening to quash investor’s concerns over slowing economic growth.

In the USA, the growth stocks in the information technology and consumer discretionary sectors that have led this mature bull market did not provide any support last week.

The information technology sector relinquished its lead as the best-performing S&P 500 group year to date to health care. The tech sector is still up 11.1% on the year, while health care is up 11.8%. The S&P 500 is higher by 3.6%.

This week is the second week of the earnings season and we expect the market to manage a successful retest of the Oct. 11 low and then turn higher on the back of a wave of strong sales/earnings data.

Bull trends feed most on earnings, valuations and money flow.

Coming into this week and in light of the volatility, all three of these drivers favor a successful bottoming process and a resumption of the primary uptrend in the weeks and months ahead.

Over 3,600 companies are set to report earnings over the current three weeks and they will illustrate  just how well the economy performed in the third quarter.

Bond yields have peaked for now and US economic growth may be slowing down marginally.  Oil has peaked and its impact on inflation may start abating.

Finally, the sharp correction of the past three weeks have changed sentiment from extremes of optimism to extremes of pessimism.

All this to say that we expect the worst of the correction to be behind us in global equity markets and that we are now poised for a year-end rally, that should spill over into the 1st quarter of 2019.

But looking at the longer term charts, one thing is obvious :

The longest Bull market in US History has ALREADY peaked !

The entire 2009 – 2018 bull market has been fueled by a resumption of global economic growth, a restoration of the health of the banking system and massive liquidity injected by abnormal monetary policies pursued by the three main central banks of the world.

These three components are rolling over in the US and a fourth factor, more structural in nature, is coming into play as well.

>  US economic growth should start decelerating in the 2nd quarter of 2019 as the one-off effects of Donald Trump tax cuts fades away.

>  The US economy , corporates and individuals have leveraged again to levels  that have always indicating a sharp slowdown ahead in the past forty years.

>. Finally, the course of US inflation and interest rates is up and the next challenge of the FED will be to contain inflation without choking economic growth.

The situation is materially different in Europe, Japan and China, but the weight of the US stock market and US interest rates on global markets is overwhelming.

Before addressing the fourth, structural, factor let’s take a look at a selection of long term charts.  They are most telling !

All secular bull markets unfold in three distinct bull legs, and the third one which started in February 2016 just ended in 2018.  The complex top is marked by a hanging hammer formed in January 2018 and a major breakdown in September 2018 after a failed attempt a new highs in August.

From there on, long term investors should stay on the sideline or even trade the index in a structural short position.

The larger index paints the same picture but in an even clearer fashion.

The top of the secular bull market was clearly completed in the 1st quarter and October’s break down is an indisputable SELL signal that is also confirmed by the MACD sell signal generated form the most overbought situation in 30 years.

Interestingly enough, the Emerging markets Index paints a different picture.  First, the 2008 – 2018 pattern was very different form the one of the US market as their economies were far less affected by the US debt crisis.

Equities recovered sharply and quickly from the 2008 panicky sell-off and have been trading since 2010 in a massive consolidation triangle that normally indicates a new secular bull trend ahead.

The triangle was broken to the upside in 2016, and the 25 % correction that unfolded since January 2018 is now re-testing the upper boundary of the triangle and amounts to a 50 % retracement of the 2016 bull leg.

With both the short term moving average and the upper boundary of the long term triangle acting as supports, the index is ripe for a strong bounce in the very short term, and maybe even, the beginning of a second bull leg that will take it to new all-time highs.

The top of Q1 2018 was clear and resembles all the major tops made by the index in the past twenty years.  Asia has taken the brunt of the fall until now with China leading the pack downwards, despite its cheap valuations.

However, considering the absence of real systemic risks – apart from Donald Trumps’s electoral China bashing, which should be short-lived, the correction should remain a correction and is well advanced.

Last week’s bullish reversals in China seem to indicate that a bottom has been found.

The failure of the Dow Jones Industrial to build up on its strong advance of the 3rd quarter and to sustain its new all-time is a bad omen.   The Dow Jones industrial is putting in a complex top formation that started in January 2018 and may still take a few months to complete.

Considering the behavior of the other US equity Indexes and the luke warm reception of the corporate earnings and new guidance that is in process ( Caterpillar, Texas Instruments, etc..), we doubt that the Dow Jones will make a sustainable new high in the coming months.

Also note the extremes of overbought situation of the Dow Jones depicted by the MACDS. Never in the history of the US Stock market the Dow Jones has reached such dangerous levels of positive sentiment, ownership and overvaluation.

The picture of the SP500 is similar to the one of the Dow Jones and the top is in a complex formation that has probably seen its al-time high on September 20th 2018.

The leaders of the entire 2009-2018 bull market has also clearly marked a top and the loss of leadership is clear when looking at individual stocks.

Moreover, at this stage of the rally, Tech stocks are overawed and the concentration of portfolios in only a bunch of issues makes it that much more dangerous.

The NASDAQ is probably the most logical candidate for a structural short positioning, even if some individual stocks may continue to power ahead.

The technical picture of the larger Russell 2000 is a textbook case of what a secular bull market looks like.  The three up legs are clearly defined and so as the tops.

The Russel 2000 was the last thrust of the bull market, outperforming strongly since the beginning fo the year as investors were downgrading in quality and chasing small caps higher.

It is the clearer indicator that the entire bull market has peaked.

Note the extreme overbought situation of the index, at level not seen in the entire history of the US equity markets.

This chart illustrates the strong disconnect between the US stock markets and the rest of the world, and in particular their European counterparts.

Since 2000, European stocks have been framed in a massive consolidation triangle that was tentatively  broken to the upside in 2017 but without momentum.

October’s price action has brought it back within the triangle and failure to rebound very quickly would constitute a major SELL signal.

A sharp move – up or down – should take place very soon.

Extremely accommodative monetary policies are a strong support for the market, but a European political risk is keeping a lid on the market.

Of all the European stock markets, Germany has by far the ugliest technical picture with a clear top made in January from extremely overbought levels.

The SELL signal has been confirmed at the MACD levels.

France provides more support and confort than Germany but a quick rebound is needed to maintain the bullish bias of the market.

The negative picture of the British stock market is mitigated by the strong support consisting of the multiple tops of 2000, 2007 and 2015.

The picture remains constructive as long as this string support holds.

Teetering ion the edge !  Swiss equities have suffered less than their European and American counterparts in the recent period of volatility .

The Index is hovering at crucial levels and aa sharp move is to be expected very soon. A break above 9’500 would send the index flying while a break of the 2009 uptrend would see a sharp fall unfolding.

After decades of deflation and negative stocks market performances, Japanese equities embarked on  a new secular bull market in 2012, the first leg of which ended in 2015, and the second leg started in 2016.

Japanese corporate profits are strong, the economy has pulled out of deflation and the environment could not be better for Japanese stocks.

Game Over !  Indian stocks are among the world’s most expensive after massive ten year rally that saw their value multiply tenfold.

China’s stock market took the brunt of the 2018 correction, losing 30 % of its value, despite cheap valuations and strong fundamentals.

The lack of openness of the market leaves it prey to little experienced hedge fund managers and investors and there is not enough institutional depth yet to counter these short term herd instincts.

Nevertheless, the correction has run its course leaving Chinese at a 4 year low, trading at levels last seen in 2014 and 2007, with the most extreme undervaluation seen in almost 20 years.

Last week’s Government intervention will succeed in turning the psychological tide and provide the bae for the beginning of a new secular bull market.

There may be marginal weakness ahead but lower prices should be taken by long term investors as a unique opportunity to accumulate Chinese shares for the long term.

>  In this last leg US equities will underperform markedly European, Japanese and Asian equity markets and fail to make new highs

And this is where we come to our fourth, structural, factor :

> The next few months will see a sea-change of focus from the USA and China for global investors, with American equities entering a secular BEAR market while Chinese equities will start a long-lasting secular BULL Market

Fundamentally, this will correspond to the structural change of world leadership in favor of China and the mergence of China as the dominant economy and geo-political power of the World.

The implications in terms of global portfolios, asset allocation, currency behaviors and valuation expansion or contraction will be massive.