Technology on Fire ! But … 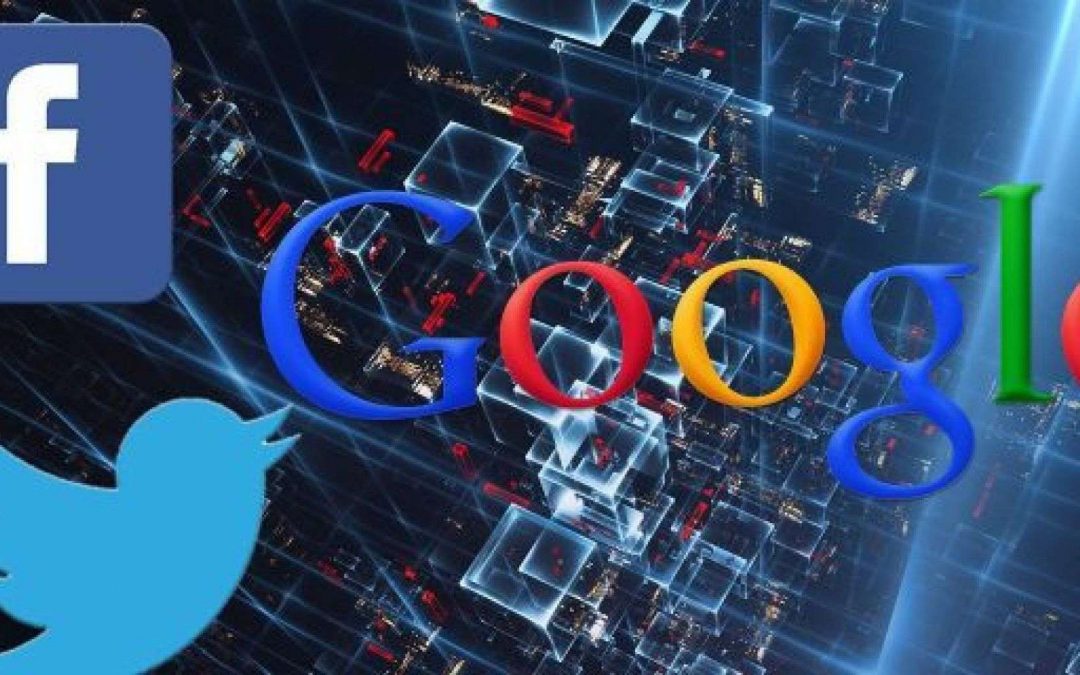 The US equity rally sees no end and started a new leg this week as the FED adopted a clearly dovish stand.

In the past two days, US technology stocks have risen sharply as individual investors are piling back in and the Nasdaq index is now up 27 % since its bottom of December 27th 2018.

It is very close to testing the all time high of September 2018 and will in fact probably do so shortly.

However, we are now in third and last leg of the advance and we expect the whole move to end once we will have tested the September all-time highs.

Technology stock valuations are truly unsustainable and from a strategic standpoint, the logic of shorting tech stocks at 90x or 60 x earnings is definitely there.

In the mean time and from a tactical standpoint, there is no need to fight the trend when the technical configurations are so positive.

US individual investors have largely missed the January and February movie the market and they are now piling back into the market, privileging their old favorites; the Technology sector and the FAANGS.

The advances are powerful and the individual stocks configurations are even more positive than the ones of the indexes.

In all these stocks, the fundamental case for shorting is still very much present and there will be soon a great opportunity to re-instate strategic shorts, but for now, it is better not to fight the trend.

The only two short positions worth keeping right now are Facebook and Google.

These two companies are a special case as they are now facing significant political scrutiny both in the US and in Europe.

see our  THE END OF TECH post published in March 2018

Last September, Jeff Sessions, then the U.S. attorney general, called a meeting of state attorneys general to discuss his suspicions that Google and Facebook were suppressing conservative views. After hearing him out, his audience steered the conversation toward a different concern.

The state officials argued that the real problem was Silicon Valley’s market power and its handling of personal data, and they made the case for aggressive antitrust action, according to people familiar with the event.

Concern about Big Tech had already been mounting in statehouses, but Sessions’s face-to-face meeting created its own momentum. During the meeting, Makan Delrahim, the head of the antitrust division at the U.S. Department of Justice, suggested that attorneys general form a group and come back for further planning.

In the weeks that followed, the National Association of Attorneys General formed a task force to look into issues in the technology industry, although the plan to follow up with the Justice Department was scuttled after Sessions stepped down from his post in November.

It’s not yet clear whether this preliminary effort, which has not been publicly disclosed, will develop into legal action. But it marks the most significant step state officials have taken toward a coordinated antitrust action against the technology industry since the federal government and a large group of states sued Microsoft in the late 1990s.

The developing action on the state level contributes to a threatening, if muddled, political landscape for Big Tech.

Five of the six most valuable companies in the S&P 500 are now technology companies, with a combined market value of nearly $4 trillion.

This concentration of economic power, combined with numerous controversies over privacy and content moderation, has led to broad calls for government action for a while now.

As the Sessions’s meeting illustrated, there’s more agreement now that a problem exists, there starts to be a consensus around its exact nature, what should be done about it, or who should be in charge.

When he still worked for Donald Trump, Stephen Bannon suggested that companies such as Facebook and Google were effectively public utilities and should be regulated as such.

Democratic Senator Elizabeth Warren of Massachusetts announced a sweeping legislative regulatory plan on March 8, based on the same idea.

One of tech’s most aggressive GOP antagonists has been Josh Hawley, a Republican who served as attorney general of Missouri until he joined the U.S. Senate this January.

In late 2017, Hawley announced that he had launched an investigation of Alphabet Inc., Google’s parent company, for potential antitrust and privacy violations. His office subpoenaed the company, and promised to reach a decision about whether to bring a lawsuit by summer 2018. It later opened a similar investigation into Facebook.

By that time, Hawley was deeply engaged in his bid for the U.S. Senate, and his investigation never produced any conclusions. Other attorneys general largely stayed away, in part because the investigation was widely seen as part of Hawley’s attempt to unseat Democratic incumbent Claire McCaskill. Hawley’s successor, Eric Schmitt, declined through a spokesman to comment on whether he’ll continue to pursue the issue.

As a senator, Hawley has continued to criticize Silicon Valley. In January, he said he’d like to work with Democratic Representative Alexandria Ocasio-Cortez of New York on a bipartisan probe into tech issues.

He has also bemoaned the passive approach of federal regulators. Any robust definition of consumer welfare must acknowledge that these companies have harmed consumers by conditioning participation in the modern public square on giving away enormous—and growing—amounts of personal information and by leveraging scale to cripple emerging competitors in their infancy,” he wrote in a March 11 letter to the Federal Trade Commission. “Yet the approach the FTC has taken to these issues has been largely toothless.” The FTC said it had received the letter, but declined to comment further.

The issue is a hard one to address, but it is clearly on the agenda now and political pressure is mounting on the Administration and the Judicial to harness the power of companies that have become bigger and more powerful than States.

Those involved realize how big a fight they would be picking and it is not clear yet whether it would be the States or the Federal Government who should prick that fight.

State officials met earlier this month in Washington at the annual meeting of the National Association of Attorneys General. They will gather again later this month at the American Bar Association’s spring meeting on antitrust, which begins on March 26.

That same week, the FTC will hold a two-day hearing in which technological change, privacy, and competition are among the major slated topics.

Antitrust experts say the chances of a serious lawsuit against a technology company seem to be increasing. But some of them also acknowledge that they have been anticipating the next big legal battle ever since the FTC ended its antitrust investigation into Google in 2013.

The conclusions of the enquiry into any Russian interference into the 2016 Presidential elections may launch the debate again.

And the political pressure is mounting in Europe

There is a European bureaucrat who has won global notoriety and who probably more than almost anyone else makes U.S. technology executives quake in fear and anger: Margrethe Vestager.

The European Union’s commissioner for competition has already led an antitrust crackdown. The Danish Lady, whose five-year term is up this year, was clearly indicated that she wants to stay on the world stage.

Usually a cautious speaker who keeps her own counsel, she was at a SXSW event on March 11 winning audiences with pointed humor. The EU’s antitrust chief isn’t pledging to string up Google and Amazon.com Inc. but she is seen in the industry as a warrior queen taking on the big tech might of the U.S.

In Europe she is hugely poplar : She topped a recent BCW popularity poll of 28 EU commissioners.
She is set to be named on March 21 as one of several candidates on the slate for the center-left
Alliance of Liberals and Democrats for Europe coalition, the third-biggest group in the European Parliament, which hopes to make big gains at the EU-wide elections in May when it’s expected to merge with French President Emmanuel Macron’s faction.

ALDE is going to be the only centrist pro-European group which is going to increase its size after
these elections.

Vestager is confident and many believe she may have her eye on the EU’s most powerful post: president of the European Commission, a position held by Jean-Claude Juncker of Luxembourg.

It would be a tremendous step in Europe’s history if a woman from a rather “small” European country ended up as president of the European Commission, but this may be exactly what Europe needs to restart its momentum as a grand political project.

Vestager’s history of challenging corporate tax arrangements and squeezing huge fines out of wealthy U.S. companies make her an even more popular candidate. Most European governments
cheered her probes into multinationals’ tax deals with smaller low-tax EU countries such as Ireland.

On March 20th 2019, the EU fined Google for the third time in two years for freezing out rivals in the online advertising business. The US$ 1.7 Billion fine brought to almost US$ 10 Billion the aggregate amount of fines paid by Google to the EU in the past two years.

For the time being, these huge fines are not considered material by the final markets when compared to the huge profits generated by these tech giant. However, the business climate an the perception is changing fast both in terms of taxation and in terms of dominant position.

History shows that when these political trends are set in motion and they become widely accepted by the ;public, it is only a matter of time before the public administrations embrace them and implement restrictions.

It is clearly our analysis that the environment that has made the business model of these tech giants so successful over the past 20 years is changing fast and that these companies have peaked.

It is just a matter of picking the right time and price to short them strategically, and they are probably marking a complex double top at this very moment.