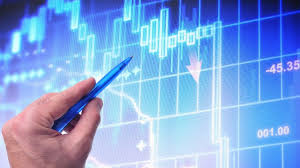 After the wild moves of last week, and, frankly, of the first four months of the year, investors are righty scratching their heads in search of a logic and a direction to follow for their portfolios.

Indeed, the beginning of the year has been volatile and we correctly anticipated both the rally of the first three months ( see our post IT LOOKS SCARY BUT IT IS TIME TO BUY EQUITIES dated January 3rd 2019 ) and the correction of the past 10 days DANGER ZONE posted on April 23rd 2019, precisely at the peak of the global equity indexes.

Clearly we did not anticipate the aggressive stance taken by Donald Trump nor the equally firm stance adopted by the Chinese side, but all our indicators were flashing orange ad the end of April.

Last week, we started buying Chinese equities again on Wednesday and took profits on our hedges between Friday and Monday this week, even as the markets were still wondering what was going to happen next.

There again, our indicators in China were telling us that the fall was overdone and our analysis of the trade war is that, in the short term. the consequences will remain limited. Moreover, we strongly believe that Donald Trump cannot afford a lasting battle on this front for very long.

Besides the Trade War, the US earnings reporting season yielded a decline in corporate earnings that was less drastic than expected. with a large difference between export-oriented corporations and domestic corporations, monetary policy is supportive of equity markets and elevated valuations and the Global economy should keep slowing ahead.

The case for a bounce was reinforced by the fact that markets were already oversold before the latest events. Longview Economics in London published the following chart Friday morning. The dotted line is the S&P 500 and the red line is the firm’s indicator of risk sentiment.

The following charts all show that the main indexes are in bounce territory on the RSI indicators :

As we expect no real developments on the Trade War front until the Osaka G20 Meeting at the end of June, it is likely that equity markets will bounce back and probably try to challenge once again their all time highs in the USA.

However, Longer Term, we see many risks on the horizon and expect a sharply negative second half of the year.

In OUR SEVEN INVESTMENT CALLS FOR 2019 published in January, w made the case that we were expecting a DEFLATION SCARE in 2019, within the context of the global return of inflation of the new Kondratieff cycle.

The slowdown has already started and was primarily triggered by the impact on global Trade and investments of Donald Trump’s Trade War. The on-going uncertainty and growing doubts when it comes to reliability of the environment – we have moved in the “Tweet World” – is taking heavy toll on investment plans.

This, in turn, is starting to have an impact on employment, as can be seen in the most recent data in the US – which in turn, impacts consumption.

We have been amongst the most sanguine analysts in predicting a 1.6 % growth rate for world economy in the second half of the year as the USA, Europe and Japan all slow down while China picks up moderately.

A global an coincident economic slowdown, coupled with a collapse in oil prices will send inflation numbers sharply down and flirting with zero, scaring investors and central banks.

Risk # 2 – The US – China Trade War is not resolved and both countries resolve to mutual protectionism.

Protectionisma has never been a good thing for economic growth or for stock markets.

Everyone stands to lose from a protracted trade war.

A full-scale trade war between the US and China has the potential to tip the global economy into a recession and lead to a sharp decline in world stocks.

Simulations shows that if a 10 per cent tariff on US trade were fully passed onto the consumer, global inflation would rise by about 0.7 percentage points. This, in turn, would reduce corporate earnings by 2.5 per cent and cut global stocks’ price-to-earnings ratios by up to 15 per cent.
All of which means global equities could fall by some 15 to 20 per cent.

This in effect would turn the clock back on the world stock market by three years. US bond yields may fall, but the scale of decline will be limited due to the inflationary impact from tariffs, unless oil prices collapse as we expect.

The FED will probably lower interest rates, but a slower pace than the decline in inflation making monetary policy more restrictive mechanically.

As  U.S. companies are more expensive than their counterparts elsewhere, and are heavily exposed to the rest of the world, the U.S. stock market would be badly affected.

A precedent for this rather gloomy analysis can be found going back to Richard Nixon: The S&P 500 fell 10 per cent in the three months after US President Richard Nixon imposed a 10 per cent tariff on imports in mid-1971.

In our recent exhaustive piece titled THE NEXT WAR we analyze the causes and the probabilities of a new war in the Middle East that would involve America, Israel, Iran and Lebanon’s Hezbollah.

Far from being a remote intellectual possibility, the probability of such a war is extremely high in our view and the timing can be anytime from now to the end of July 2019.

The recent build-up of tensions illustrates a will by the United States to go to the confrontation and the recent report of the NY Times that Donald Trump envisages to send 120’000 troop to the Middle East comforts our analysis which was published before that NYT report.

As no one believes that America envisages to invade Iran militarily – that would require more than a million soldiers – the destination of the 120’000 Americans soldiers is most likely Lebanon, as we concluded.

A military action against Iran and Hezbollah could have a significant impact on oil prices if the Straits of Hormuz is the theatre of operations and the flow of Oil and Gas from Saudi Arabia, the United Arab Emirates and Qatar is restricted.

Oil prices could temporarily shoot up sending an inflationary shock to the rest of the world and uncertainty would send equity markets down sharply, considering their elevated levels.

In a nutshell, investors should be long equities for the coming 6 to 8 weeks while watching the developments in the Middle East with great attention.

The best strategy for the rest of the year will be to stay in cash and in corporate bonds, with a significant portion of Gold.

The Bear phase of the second half of 2019 will probably extend into the beginning of 2020 and take the US indexes 30 to 40 % lower than their recent peaks.

The Low point will then mark the beginning of the GREAT CHINESE SECULAR BULL MARKET that will mark the ascendance of China to the role of leading super power and largest economy of the world.