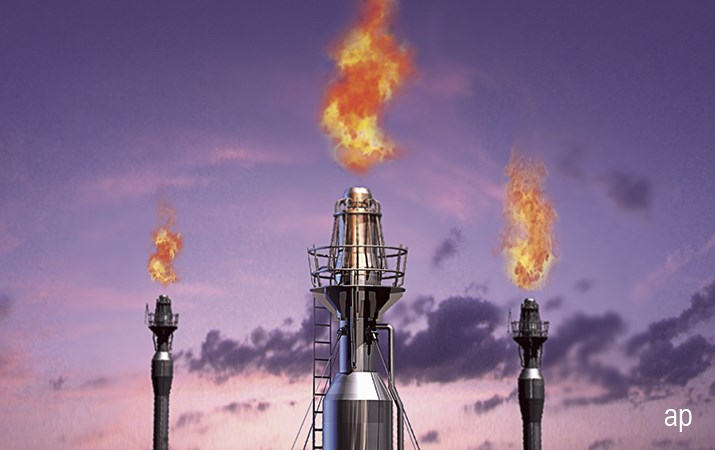 As we have argued regularly in our various publications since the development of THE END OF THE OIL ERA theme, the price of equilibrium for Oil is between US$ 10 and US$ 20.

This time around, we have reached that target very fast. Oil touched 20.06 on March 19th 2020 only days after our recent post titled OIL CRASH. Oil prices have not been that low since 2002

Oil is clearly oversold now and should rebound to 41 /42 to close the gap, but longer term the target is very much US$ 10.

It all happened over the week-end this weekend.

On Sunday night, the Brent and West Texas Intermediate crude oil futures markets were down more than 30% at their lowest point. That is the wildest price move for crude since the first Gulf War in 1991.

Crude oil is still, by far, the most important commodity in the world. The world consumes roughly 100 million barrels of oil per day, which is a US$ 6 billion market a day, US $ 2.2 trillion a year, with a very tight number of days between the moment oil is extracted and the moment oil is being consumed.

For a commodity of such widespread use and importance to shed over 30% of its value — in less than 24 hours — is almost unthinkable. Since its temporary peak at 65 on January 8th 2020, crude oil lost 68.97 % of its value, a loss of US$ 1.5 Trillon in annual sales value.

On Friday in Vienna, a new “oil war” broke out between Saudi Arabia and Russia. And while the Saudis and the Russians are gunning for each other in this new oil war, the real target for both is the U.S. shale industry.

Since 2014, the US shale oil industry has added more than 10 Million Barrel/per day of supply and transformed the USA from an oil importer into the world’s largest oil producer and a large oil exporter.

To counter the effects of this new source of supply and support prices, Saudi Arabia and Russia agreed in 2015 to cut production,. Saudi Arabia had a real vested interest as they wanted to float their national oil company ARAMCO which they initially valued at US$ 2 Trillion but ended up having to sell it at 1.6 Trillion.

This time around, they might actually succeed in inflicting severe damage to the US shale oil industry.

In the Saudi-Russian oil war of 2020, much of the U.S. shale industry could actually be wiped out, with only a small handful of hardy players remaining.

Friday’s meeting started out as a fairly normal OPEC meeting.

On Friday, oil ministers from the Organization of Petroleum Exporting Countries (OPEC) got together to discuss the need for production cuts in light of the coronavirus slowdown. Travel cancellations and business disruptions have lowered oil demand at the margins; OPEC wanted production cuts to match this reality.

Saudi Arabia wanted a production cut of 1.5 million barrels per day, and they demanded that Russia participate. That’s when the fight broke out as Russia had been patiently waiting for the ARAMCO deal to be out of the way while having advocated for a while now that lower prices were needed to destroy shale capacity.

Russia is not an official member of OPEC, but as a major oil producer, Russia usually plays along and coordinates with OPEC decisions.

But this time, with the clear impact of the Covid-19 on the oil demand, Vladimir Putin said “nyet” to Mohammad Bin Salman, and made clear that Russia would not participate in any cuts.

This disagreement should also be put in the context on a much wider strategic opposition between the two countries in Syria where Turkey’s military, supported by Saudi Arabia, has been confronting militarily the Syrian regular army supported by Russia.

The refusal of Russia to participate in the production cuts made Saudi Arabia angry; Russia was clearly refusing to play ball. Saudi Arabia decided to go at war there anbs=d started to offer deep discounts to its clients immediately, effectively reducing the intaking price by 25 % overnight.

Russia countered immediately by selling massively on the open market forcing prices down to the levels Saudi Arabia was offering its clients so as to avoid losing market share.

So crude oil futures plummeted over the weekend — falling 30% in overnight trading — on the prospect of Saudi Arabia and Russia pumping flat out as they fight for market share.

But the rue objective there is really to vaporize the U.S. shale industry as collateral damage.

Saudi Arabia has gone after the U.S. oil industry at least twice before. In 1986, the Saudis opened up the taps and flooded the market with oil in an effort to drown the U.S. energy patch. That effort largely worked. The domestic U.S. oil industry grew deeply fearful of Saudi oil power after that.

A few decades later, in late 2014, the Saudis tried it again.

With the price of West Texas crude oil above $90 a barrel in 2014, the Saudis announced their intention to open the taps, with the hope of putting U.S. shale producers permanently out of business. Over the next 18 months or so, the crude oil price plummeted into the $20s.

So why might a new “oil war” extinguish U.S. shale producers in 2020 when the same idea failed in 2014? Because in 2014, the U.S. shale industry had two things that are no longer available today: Ample financing and investor optimism.

Five years ago, it was almost impossible to kill the U.S. shale industry because financing was so readily available, and because operations could easily change hands rather than disappear.

If a shale outfit was facing trouble in the 2015 period, it could raise investor capital or do a new round of financing. And even if that particular shale company went under, a distressed buyer with cash on hand could buy the wells and keep the oil flowing.

So a big feature of the “hard-to-kill” U.S. shale business was a steady flow of financial lubrication that kept the wells in production, coupled with investor enthusiasm for shale plays in general.

But fast forward to 2020 and investors have fallen out of love with shale. Wall Street has grown tired of pumping hundreds of billions into the shale patch without a decent return on equity.

Worse still, credit markets are no longer friendly to U.S. shale producers — investor optimism has departed from the space — and industry debt loads are close to maxed out.

All of this means that, if Saudi Arabia and Russia succeed in driving the oil price down below $20 a barrel, or even back into the teens, they might successfully decimate the U.S. shale industry this time.

That would set up the conditions for a temporary shortage of crude oil later on, and higher prices eventually, but the long term combination of declining demand and massive supply ill keep lid on prices in any free market.

In the meantime, the energy sector is in for a world of hurt, and this could go on for a while.

If you are tempted to buy energy stocks because they are cheap, you should probably resist the temptation, as conditions are now right to make them “value traps” — the term when supposedly cheap assets continue to fall sharply in value.

What’s the difference between a stock that is down 90% and a stock that’s down 80% and falls again by half? There isn’t a difference, it’s the same thing — except the second one is a value trap.