Japan’s Rise Out of Deflation 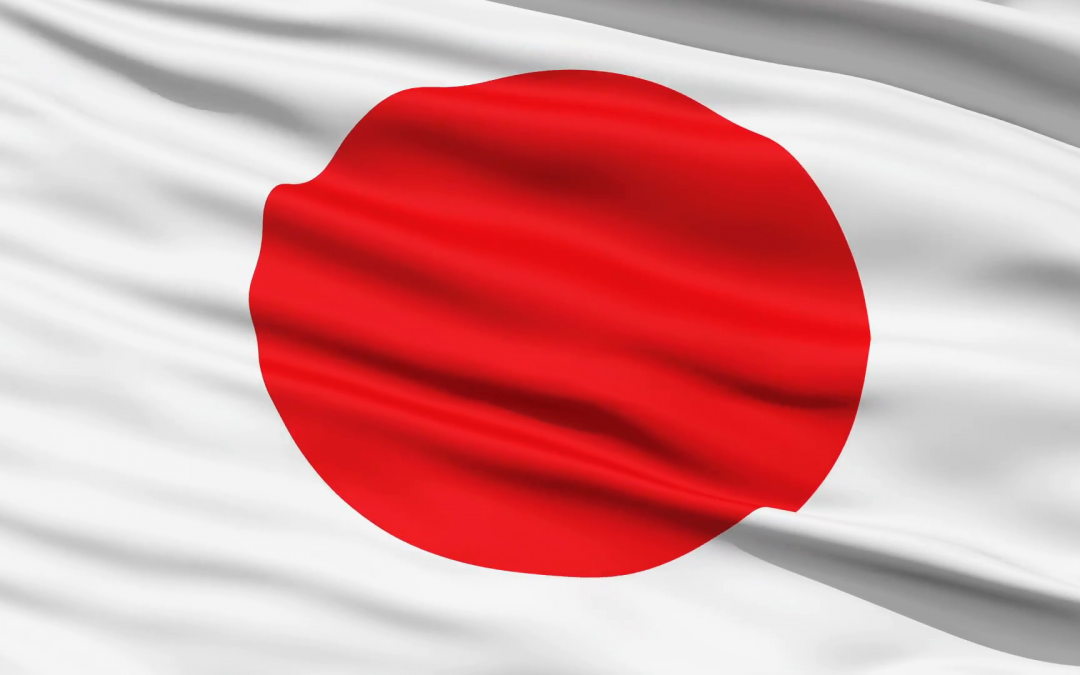 On September 20th 2018, Prime Minister Abe won the LDP leadership in a landslide victory, paving the way for up to three more years as the nation’s leader, making him the longest-serving Prime Minister in Japan’s history.

His core political platform can be summarized in four major dynamics, fiscal policy will probably be tightened further, monetary policy will remain loose, addressing the country’s demographic headwinds and push for a constitutional revision.

Mr Abe campaigned for last year’s Lower House elections on a pledge to increase the sales tax but to use some of the additional revenue to finance childcare.

One of the crucial feature of Abe’s platform is the proposed VAT hike
in 2019. Abe must make the final decision by December 2018.

That sets a high bar for a U-turn but not an insurmountable one. Mr Abe has backtracked on rate hikes before and, if the US economy slows next quarter and global stock markets slump in the first quarter of 2019 as we expect, the tax increase may yet be reconsidered.

With the special exemption for foodstuffs, we estimate that the tax hike will directly reduce household consumption by around JPY 4–5 trillion, or 0.9% of GDP.

The tax hike should lift government revenues by around 1% of GDP, though the fall in the deficit will be smaller if some of the money is used to increase spending.

Japan is saddled with the highest Public Debt to GDP ratio of the world at 253 %, accumulated over the deflation decades of the 1990 and the 2000s.

Japan is a perfect illustration of the fact that Debt should never be looked at in isolation, but with the level of savings in mind, as economies with high savings ratios and accumulated savings such as Japan or China can live with very high levels of debt/GDP.

The problem though is that Japan’s extended period of deflation, due to the private sector de-leveraging, has also prevented strong economic growth and therefore strong tax receipts.

Although Japan’s public finances are getting more balanced now that growth rates are back in positive, Abe needs to increase tax receipts and reduce the stock of debt altogether.

Apart from the Sales tax hike though, the government has indicated that it will keep fiscal policy broadly neutral. Its latest “Economic and Fiscal Projections” foresee a stable budget deficit after 2020 in its baseline scenario even under the optimistic assumption that nominal GDP will be just under 2%.

Another consumption-support policy proposal is to mandate mobile phone operators to slash their prices.

Cabinet Secretary Yoshihide Suga has said that Japanese mobile service prices can be cut by as much as 40% as they are much higher than those in other developed countries.

The government has already started discussions on this and plans to provide guidelines on how to lower costs in 2019.

A 40% price cut would increase disposable income by around 1 percentage point.

The re-election of PM Abe gives the green light for continued loose monetary policy and confirms the strategy  of the Bank of Japan Governor Kuroda who was re-appointed in April.

However, recent comments by Mr Abe suggest that his stance on monetary policy has shifted somewhat. While he previously seemed obsessed with the goal of overcoming deflation, he stated recently that the BoJ’s 2% inflation target was only one of the Bank’s goalposts.

The Bank of Japan has a dual mandate of price and financial stability, so the PM’s remarks suggest that he wants the Bank to put more emphasis on the latter.

In principle, this shouldn’t matter as the government isn’t directly represented on the Bank’s Board. But the terms of four out of the nine Board members will expire towards the end of Mr Abe’s current term and there has been speculation that Governor Kuroda may not complete his full term which ends in 2023 when he will be 78.

For now though, the Bank will surely keep monetary policy loose to guard against the risks to domestic demand from the upcoming sales tax hike and rising global trade tensions.

Besides raising Sales Tax, the best and only way for Japan to reduce the burden of its massive public debt is to deflate it in real terms through high inflation.

Japan is certainly the one country in the world that needs high inflation, as 3 to 4 % inflation will reduce the value of the stock of debt in real terms by that much every year.

Japan’s main problem has been negative inflation and low economic growth.  Under Abe and Kuroda stewardships, these two trends are improving.

What is vey clear is that Japan will not modify its monetary policy anytime soon.  It will keep rates at zero well past the point where inflation will have reached 2 %  and pursue its management of the long end of the rate curve.

The Bank of Japan surprised no one by keeping policy settings unchanged at their last meeting.

It also reiterated its pledge to keep rates “extremely low” for an extended period and promised to keep expanding its holdings of Japanese Government Bonds by ¥80 trillion per annum.

The Board’s concerns about the impact of prolonged easing haven’t disappeared.

But worries about the economic outlook are more urgent. The sales tax hike currently scheduled for next year will probably result in a sharp slowdown in domestic demand, and the Board is starting to get jittery about the impact of the global trade war on external demand.

With inflation set to remain well below the Bank’s 2% target, policy tightening therefore looks like a remote prospect. Our view remains that the Bank will keep its policy rate as well as its target for 10-year JGB yields unchanged beyond 2020.

Japan has a structural problem of aging population that saddles its economy with a very large number of pensioners and a shortage of young labor, particularly non-skilled labor.

Japan’s population has peaked and is now starting to decline in absolute terms.

One of the more substantive proposals put forward by Mr Abe is an increase in the retirement age from 62 to 70. Whether this will help lift the employment rate of older workers any further is not clear, though.

Labour force participation among those over 65 is already by some way the highest in the G7.

The reform would reduce pension spending by 0.75% of GDP.

For the younger segment of the population, the government has already quietly shifted its stance on immigration in light of severe labour shortages.

The number of foreign workers has nearly doubled since Prime Minister Abe returned to power in 2012, and the government recently announced that it will introduce a new work permit for low-skilled jobs.

Current inflows would have to triple to offset the decline in the working-age population, but the latest moves are a step in the right direction.

Reform of the Constitution

Abe’s ultimate goal during his current term as prime minister is to modify Article 9 of the constitution. In his third term as LDP leader, it will become an even higher priority.

The reform is about transforming Japan’s self defense forces into a proper sovereign army and inscribed the change in the constitution.

The move is not without risks and will trigger significant debates. A referendum will need to be held on the issue and requires a two-third majority in both the upper and lower houses of the Japanese Parliament.

For the time being Japan has been able to ward off the protectionist threat from the US.

Recent comments by US President Trump suggest that Japan is still in the firing line, but the country may yet escape Trump’s ire by negotiating on the opening up of its farming sector and lowering other trade barriers

On a more global note, we expect Trade War tensions to ease and Donald Trump scaling back his aggressive stance as volatility in the financial markets is starting to cause worries about the next recession.

The charts below summarize the main economic indicators of the Japanese economy.

Unemployment has been decreasing  steadily and Japan is at full employment

Wages have been accelerating sharply

Business confidence has been improving until the Trade Wars

Consumer confidence was also on the rise until March

Inflation :  JAPAN IS FINALLY PULLING OUT OF DEFLATION

The macroeconomic picture of Japan is one of a country that is slowly but surely pulling out of deflation and returning to growth.

However, the momentum is fragile and the main threat at this point is a global slowdown caused by the Trade Wars.

Nevertheless, even if the USA were to pursue their dangerous course, the rest of the world and Asia in particular would still continue to grow, pulled by Chinese consumption

One thing is for sure, Japan will continue to reflate its economy aggressively for the foreseeable future by keeping interest rates at zero.

Japanese equities are benefitting form a phenomenal combination of powerful forces.  The economy is growing again, corporate earnings are strong, employment is rising and consumption is booming.

Japan is the only stock market in the world that has not yet peaked in 2018.  It may do in 2019, but for the time being the trend is still up.

As the chart below shows, we are in the midst of a SECULAR BULL MARKET that started in 2012, will consist of THREE BULL PHASES and will end at or higher than the 1989 peak sometimes in the next four years.

We are currently in the middle or near the end of the second bull phase.

The more than doubling of the Japanese Index since 2012 has not yet led to any valuation expansion.

The Nikkei 225 trades at the lowest P/E ratio in a decade and the rise in equity prices has been entirely due to the sharp rise in corporate earnings.

A substantial return of inflation will then provoke a phenomenon of valuation expansion fueling the third leg of the rally sometimes between the end of 2019 and 2020.

One thing is for sure :   Japan is not about to raise interest rates anytime soon !

As long as inflation remains below 2 %, the BOJ will pursue its highly reflationary policies and will probably wait for inflation to reach 3 or 4 % before starting to act.

In the mean time US interest rates are on the rise and they still have room to go as the US labor market is extremely tight and the effects of the 2018 tax cuts are still apparent.

This means that the Japanese Yen has only one way to go against the Dollar in the long term and that is down.

Because of its extremely low interest rates, the Japanese Yen is the currency of choice for hedge funds and speculators to leverage their portfolios. This explains why the USD / JPY rate fluctuates along with the changes of RISK ON / RISK OFF moods of the markets.

But beyond the short term fluctuations, the clear depreciating trend that started in 2012 is a reflationary trend that will persist for as long as monetary policy is skewed.

The Japanese currency is now framed in a long term triangle that will be broken to the upside sometimes next year with a target at 125 and 148 ultimately.

Japan remains one of our preferred markets with China.

It is still fragile but the SECULAR BULL MARKET is solidly in place and the next few months should see some more advances.

The next Bull market correction will have to be traded, but will provide a great entry point for the third leg in 2020