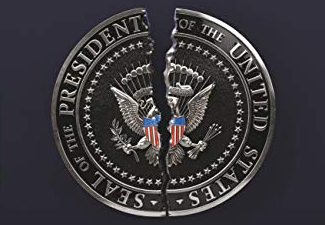 On the second day of the trial of Donald J. Trump, the entire world and their neighbors are convinced that the Senate will clear Donald Trump of any wrongdoing and will not remove him from office.

We always worry when people refuse to consider even a remote probability of something happening and assessing the consequences.

In 1797, Senator William Blount earned the dubious honor of being the first American politician to be impeached by the United States House of Representatives.

Blount was a signer of the U.S. Constitution, representing his home state of North Carolina, and the first elected senator from the brand-spanking-new state of Tennessee, but he was first and foremost a land speculator. He used his family’s fortune–the Blounts were slave owners – to purchase vast tracts of land beyond the Appalachian Mountains, mostly in Tennessee, in the hopes that the new nation would rapidly expand westward. Blount was right, of course, but he was too aggressive; the market for Tennessee real estate collapsed in 1795, and by the time he joined the Senate, he was millions of dollars in debt.

Desperate to appease his debt collectors, Blount hatched a convoluted conspiracy to drive up land prices in the American West with a few other equally despaired land speculators.

Their plan involved using state militias and indigenous tribes to assist in a British takeover of Spanish-controlled Louisiana and Florida in exchange for free access to the Mississippi River, as well as the ports of New Orleans and Pensacola.

This plan, Blount and his conspirators hoped, would reignite westward expansion and once again make their vast tracts of land value.

Blount’s conspiracy was uncovered the way most diabolical conspiracies are: through one man’s complete and total incompetence. One of Blount’s collaborators handed a government agent a letter that detailed the conspiracy; the agent promptly delivered the letter to President John Adams, who urged Congress to do something about the treasonous freshman senator.

And they did! The House quickly voted to launch impeachment hearings and the Senate sequestered his seat without trying him. The Senate decided that impeachment proceedings did not apply to sitting senators; instead, they just removed Blount from his post.

Blount was celebrated upon returning to his adopted home state. The governor threw him a goddamn parade. A few months later, Blount was elected Speaker of the Tennessee Senate, a position he held until he died from a mysterious illness in 1800.

In other words, the first American to ever face impeachment was a broke, desperate land speculator who conspired with a foreign power to interfere in domestic affairs in order to enrich himself–at the expense of national security and American lives–and faced almost no serious consequences.

Politicians look at things in a different way and have different priorities.
The Democrat-led House of Representatives did vote to impeach Donald Trump for conspiring with Ukraine to dig up dirt on Joe Biden.
However, his Republican allies in the Senate will most likely acquit him.

But what if the Senate did NOT acquit him?

What if the Senate does find Trump guilty of high crimes and misdemeanors, beyond any reasonable doubt through the two-weeks of proceedings that started yesterday?

Any lawyer specialized in litigation and criminal hearings will confirm that anything can happen during a trial and public hearings. A simple word, a simple sentence, a simple fact can turn the tide completely from innocence to outright guilt.

And the fact that they are public makes it even more dangerous because then the vote of the Senators will entail a major consequence :

If during the hearings, Donald Trump is proven guilty beyond a reasonable doubt, the majority of the American people may shift from NOT wanting him removed to WANTING him removed from office.

And that will make REPUBLICAN SENATORS in front of a very complicated dilemna:

Making the political choice to cover for a criminal person, or stick to their principles and the supremacy of the Rule of Law.

There could be a situation where Republican Senators consider that protecting Donald Trump politically could cost them their own seats, and, even more damaging, that the entire claim that the Democratic Party is “less” honest and less stringent of moral values would be fatally destroyed.

The image of the Grand Old Party could be at stake and the reputational damage could be extremely significant while the benefits would only be to maintain in power a President that is NOT always liked in republican circles.

There could even be a line of thinking whereby it would probably be best to impeach an unambiguously unlawful President to focus on the upcoming elections and the next one rather than having to fight these elections with an outgoing President that has a heavy negative load on his shoulders.

Already, the opening shots of the democrats have put the narrative of the debate on the following footing :

Could and should a US President be allowed to stay above the Law?

This is a very damaging opening shot and it forces the Republican lawmakers in a corner that they will hate; the questioning of their integrity.

All this to say that the very uniform consensus according to which the Senate would never remove President Trump from office is probably too optimistic and that everything can still happen during the ongoing trial.

Not even a week has passed since Nancy Pelosi launched the impeachment inquiry and Trump has threatened to charge Adam Schiff with treason, accused Democrats of staging a coup, and ominously warned that removing him from office would trigger a second American Civil War.

Coming from Donald Trump, these are part of his usual hollow, empty threats spewed by a man who is probably just now beginning to realize that he could actually be in deep trouble.

Trump could not lead an insurrection against the federal government any more than he could build a business from scratch.

However, Donald Trump could actually be right!

Removing him from office through impeachment could well spark an unprecedented wave of violence in the United States: one that will make the weekly mass shooting habit look timid in comparison.

The 44% of everyday Americans that have been supporting Donald Trump. come what may, will probably feel that they have been cheated upon by a political class and by Democrats who unjustly deprived them of a lawfully elected President that was defending their rights and their ideas.

In an extremely polarized America where some citizens watch Fox News and the others MSNBC and have completely different perceptions of the world, the interpretation of “wrongdoing” may be completely different and Donald Trump’s traditional electorate may not consider that what he did was wrong even if the Senate did convict him.

It would be a big mistake to dismiss the possible reactions of an extremist far-right section of the American population that is openly using a rather violent language and display of force in current day-to-day life.

The neo-fascists, Christian zealots and white nationalists that constitute the core of Donald Trump’s electorate are all-but-openly voicing their extreme positions and infiltrating local governments and security agencies.

A self-proclaimed white nationalist Coast Guard lieutenant had a cache of weapons and a hit list that included Pelosi and cable news anchors from CNN and MSNBC.

Extremist militia groups like the III%ers and the Oath Keepers continue to openly recruit military veterans and police officers to join their ranks.

The true issue is what will those people do in case Donald Trump is removed from office?

To most Americans, reading a Trump tweet warning about a coming civil war elicits little more than an eye roll, a shrug and maybe a pithy comment.

But to his base, a tweet calling Adam Schiff a traitor is not a madman talking shit on the internet, it’s their idol putting a spotlight on an Enemy of the State.

When Trump threatens a civil war, his base doesn’t think of it as a desperate attempt to get out of the hot seat, it’s a legitimate call to arms against the mysterious Deep State forces working to undermine the Trump presidency. It doesn’t matter what’s true or false–the truth is irrelevant in today’s America. Feelings don’t care about facts.

In today’s America, removing Donald Trump may well than sow chaos and put millions of people, most of them members of already-marginalized and repeatedly targeted communities, at risk of widespread violence.

Does that mean that the House should abdicate their responsibility and not work to impeach Donald Trump? Of course not: it’s just about their last resort before next year’s election.

The extremely worrying art of the whole equation is that this impeachment trial is taking place in an environment where the financial markets have completely disconnected with fundamental realities thanks to massive liquidity injections, where sp[eculation. is at an extreme not seen in living memory, where interest rates are at record-lows in an over-leveraged economy and where valuations have reached stratospheric levels not seen either in 1927 or in 1999. And It just keeps getting crazier…

Perhaps the most telling measure of speculative excess is when options traders buy an extreme number of speculative call options. These are opening customer transactions on a leveraged, expiring contract that can only profit with one market direction, the very definition of speculation. And it just hit a record high for the 2nd week in a row.

Last week, customers bought 22.8 million call options to open, exceeding the record from the prior week of 21.6 million contracts. The only other week in the past 20 years that neared 20 million contracts was 19.8 million during the week of January 26, 2018.

As a percentage of total NYSE volume, speculative call buying reached 12.5% of NYSE volume last week, again exceeding the prior week’s level, which itself had been a record. At this point, it’s going parabolic.

Just imagine what would happen to the stock market if Donald Trump was convicted, removed from office or decided to resign and his partisans took to the streets in America to protest against what they see as an unfair decision?