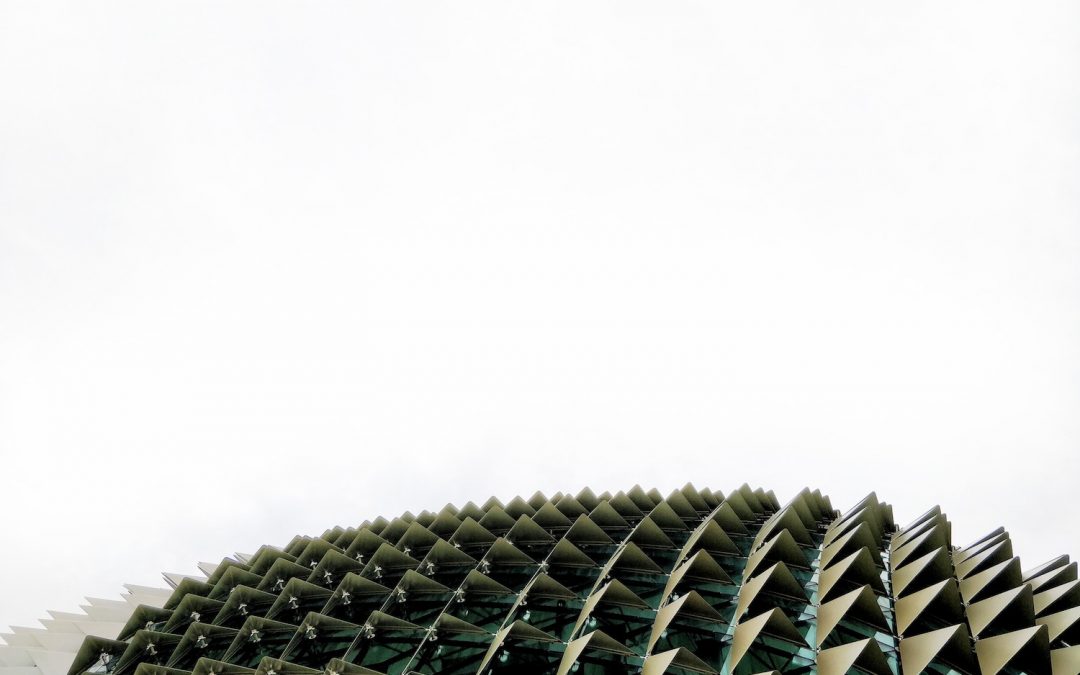 As we argued in our various post since December,  the Trade Wars of 2018 have taken a heavy toll on the world economy and the world is now facing its slowest economic growth rate since 2011.

Bloomberg’s GDP tracker is one of the best coincident indicator and it points to a rate of growth of 2 % for the world at large in the first quarter of 2019, the worst rate of growth since at least 2011 or 2009.

How did we move so fast from a coincident global recovery at the beginning of 2017 and a return of inflation in 2018 to a sharp slowdown and a return of deflation fears.

Surely, China’s structural travails have contributed to the slowdown and higher interest rates in the US may have had some effects, but the real culprit and it is widely visible in the collapse in Investments and consumer confidence came for the Trade War.

Whether we realize it or not, in a world where land is no longer the primary creator of wealth, military expansion is no longer needed.

Wars are about economic might and Trade Wars are full-fledged wars where nations use their economic powers and legal arsenals to lock other nations out of their home markets or impose taxes on designated products.

With tarifs and sanctions come retaliations, spying activities, blocking companies away from Government or private markets ( telecoms ) and global uncertainty about the evolution of the war.

Uncertainty has been the main cause of the current slowdown and a quick look at this OECD Leading indicators chart illustrates the coincident timing of the slowdown and the Trade wars.

The question is what lies ahead and can the war end ?

There is no doubt that the VERY sharp slowdown of America in the past two quarters and the corresponding volatility in the US equity market is forcing Donald Trump’s hand into wanting a quick resolution of the problem.

China-bashing is a good electoral recipe until Wall Street and Main Street start blaming it for the economic and financial markets slowdown and this is exactly what is taking place at the moment.

We are worried about the current mood of the financial markets.

We are truly concerned with the fact that the downward momentum may accelerate in the second quarter of the year leading to a true and globalized deflation scare.

If that happens, global equity markets will have a rough ride in the second half of the year.

The latest economic data is not optimistic, but we are not about to have a collapse.

US industrial production edged up 0.1% month-on-month in February, following a downwardly revised 0.4% fall in January and missing expectations of a 0.4% gain. Utilities and mining output supported the growth, while manufacturing production fell for the 2nd consecutive month.

On the bright side, The University of Michigan’s consumer sentiment for the US increased to 97.8 in March of 2019 from 93.8 in February, beating market expectations of 95.3. It is the highest reading in three months, amid rising income and lower inflation expectations and more positive growth prospects.

But as the chart below shows, US Consumer Confidence is really tied to the behavior of the Stock Market.

The real story is much more in business confidence and the willingness of corporations to hire and invest.

The ISM Manufacturing PMI in the US fell to 54.2 in February of 2019 from 56.6 in January, below market expectations of 55.5. The reading pointed to the slowest growth in factory activity since November of 2016 as new orders, production and employment increased less.

In the euro-zone, half the economic slowdown is related to delays in car production caused by testing for new emissions standards. The other half comes form a sharp slow down in exports of industrial goods and machinery in particular.

Political uncertainty has also played a role. Brexit has hurt confidence and investment in the UK, while uncertainty about Italy’s fiscal position was probably one factor driving that economy into recession.

Eurozone’s retail trade surged 1.3 percent from a month earlier in January 2019, the largest increase since November 2017, following a downwardly revised 1.4 percent drop in December and beating market expectations of 1.2 percent gain. It looks like December’s sharp fall in equity markets froze consumption and that European consumers did catch up in January 2019.

Interest rates are still at zero and the EUR is weakening, all good stimulative tools for further growth ahead.

Meanwhile, between June and September last year Japan was hit by two earthquakes, flooding, an extreme heatwave and a typhoon, all of which will have damaged activity.

We have argued that trade tensions has a significant effect on the slowdown in global demand through uncertainty and the collapse in investments.

It seems quite likely that the threat of protectionist measures has had adverse effects on business sentiment and investment, most notably in China and surrounding emerging economies, but also in Germany.

However, the key to a recovery will not be the simple resolution of the Trade War, something we do not expect to happen before April and that in any case will not lift the lack of trust between the two countries, but it will come from a sharp increase of China’s credit growth.

China is one of the most powerful engine of growth of the world and Chinese consumption is key to a global recovery.

The resolution of the Trade war will have a positive impact, but the real impact will be monetary and fiscal stimulus.

The annual meeting of the National People’s Congress (NPC) came to a close yesterday ending with a two hour-long Q&A session hosted by Premier Li.

This contained a few nuggets of new information, but it was mostly a wrap-up of what was revealed at the NPC during the past ten days. Here are our the main takeaways:

Tax reductions
Much of the attention has been on the tax and fee reductions worth RMB 2trn this year or nearly 2% of GDP.

Premier Li clarified today that the main reductions, to VAT and social security payments, will take place on 1st April and 1st May, respectively. The objective is to boost consumption and increase the disposable income of Chinese consumers.

With a view to maintain a sound final policy, the tax loosening will be largely offset by spending cuts, a step up in tax collections and higher dividend payments into government coffers by state firms.

The net result is only a 0.2% of GDP increase in the official budget deficit.

More important to the fiscal stance is the planned 0.8% of GDP increase in “off-budget” local government special bond issuance, which should lead to stronger growth of infrastructure spending in the coming months.

Premier Li fleshed this out, saying that policymakers aim to lower financing costs for small firms by 100bps this year. This is consistent with our expectation that global interest rates and the benchmark lending rate to be reduced by an equivalent amount in 2019, sparking a turnaround in broad credit growth.

Policy stimulus is on track to be roughly half the size of that in 2015/16 and a fraction (as a % of GDP) of that in 2008/09. This will probably be enough to put a floor beneath economic growth by the second half of this year, but maybe not enough to drive a strong rebound.

As always, the Chinese are prudent and gradual in their policy moves and like to wait to see the effect of measures before launching other measures. At the press conference, Premier Li continued to push back against calls for more aggressive policy easing, arguing that it could lead to future problems.

Indeed, the latest economic data reveal that economic conditions remained weak at the start of 2019, with developers paring back property construction and infrastructure spending underwhelming.

After accelerating from 5.4% y/y to 5.7% in December, growth in industrial value-added fell to a nine-year low of 5.3% in January and February against forecast ranging form 5.4 to 5.6 %

Growth in car sales was still negative at -5 % but rebound sharply form the -10 % recorded in December 2018.

The bright spot was fixed investment, which expanded 6.1% y/y during the first two months of the year, up from 5.9% in December, driven by stronger property investment, offsetting a slowdown in manufacturing and infrastructure investment.

However, the data on property investment are often distorted by land acquisition costs. And the more reliable data on real estate activity were more downbeat – property sales contracted and growth in floor space started dropped back sharply.

The data published last week eases concerns over a sharp slowdown at the start of the year, but the near-term outlook still looks weak. The pullback in housing starts confirms earlier signs that developers have turned more cautious and that a slowdown in property construction is likely to weigh on growth in the coming months.

With credit growth yet to see a meaningful turnaround, economic growth will probably remain under pressure until at least the middle of this year before taking off.

A significant shift in strategic stance

One notable omission from the policy statements at the NPC compared with previous years was any mention of the “Made in China 2025 )” plan. The Belt & Road Initiative also featured less prominently.

And the NPC passed a new Foreign Investment Law yesterday that promises to level the playing field between foreign and domestic firms.

At face value, these developments signal a shift away from state-led industrial policy, which would be positive for China’s long-run economic prospects.

The efforts to allocate resources via Made in China 2025 and the Belt and Road Initiative, or by favoring domestic firms over foreign competitors, have generally been counterproductive and some NPC delegates appear to be critical.

It could also be that the strategic shift is cosmetic. The leadership may well have downplayed MiC2025 and BRI, as well as rushed through the passage of the new Foreign Investment Law, simply in order to clinch a trade deal with the US.

However, and as always in China, things are gradual and shifts in Industrial policies do take time. They nevertheless happen and China realize that it has to open up its economy and change its ways to better integrate in the world and become that super-power that can lead the world.

The Week in Review