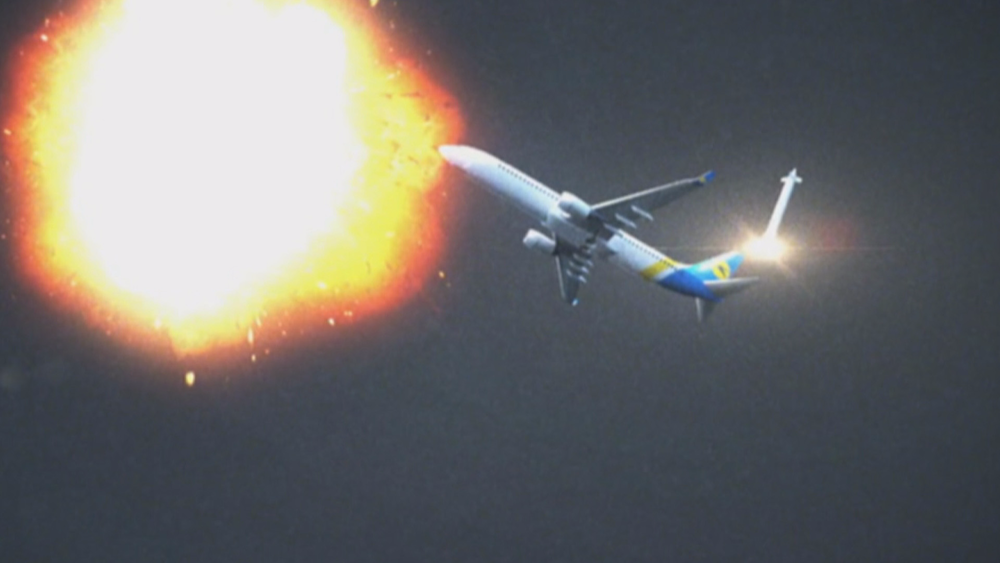 A military statement via state TV blamed “human error” for the downing of Ukraine International Airlines flight 752 on Wednesday in the tense aftermath of strikes on US targets.

It was followed by an apology from Iran’s president and condolences from supreme leader Ayatollah Ali Khamenei.

Ukraine’s President Volodymyr Zelenskiy responded on Saturday morning that Iran must make an official apology and agree to a full investigation and compensation, as well as co-operating with Ukraine’s own investigators. “Our 45 professionals should have full access and co-operation to establish justice,” a statement from the presidency said.

Hassan Rouhani, the Iranian president, wrote on Saturday: “The Islamic Republic of Iran deeply regrets this disastrous mistake. My thoughts and prayers go to all the mourning families. I offer my sincerest condolences.”

According to Western intelligence, the Ukrainian flight was downed shortly after having taken off from Tehran airport and while flying relatively close to a sensitive facility of the Pasdaran, the Guardians of the Revolution from where the two Russian Made SA-15 Surface-to-air missiles were launched.

This happened only hours after the Iranians sent missiles on American military bases in Iraq without killing anyone, in retaliation for the drone killing last week of General Qasem Souleimani, the head of Al Quds, the most important brigade of the Iranian Guardians of the Revolution.

The burial of Souleimani, who has coordinated all the external activities of Iran in the region, assembled hundreds of thousands of Iranians and led to 35 deaths by a stampede in his hometown.

But the interesting question is why did it take so long for the Iranian Government to accept responsibility for the downing of the plane?

Surely the Iranian President Rouhani and the Supreme Leader of the Revolution Ali Khamenei have access to the same data, and even more, than the western intelligence sources and therefore knew from the very beginning what had happened.

Could it be that the downing of the Ukrainian jetliner was NOT unintentional?

Tehran Imam Khomeini International airport handles 58’000 flights a year or more than 150 a day and they all follow the same routes which are perfectly known and charted in anti-aerial defense systems.

Why would this particular flight, a US-made Boeing airplane heading to Kyiv, Ukraine, the country at the center of the Donald Trump impeachment, be targetted? and not any other flight that day?

How come this particular flight could have been mistaken as a threat and not all the other flights that took off before it and followed exactly the same route after taking off?

Obviously one cannot exclude a human or a system error and this is what the US argued at the time of the downing of an Iranian Airbus by the USS Vincennes over the Persian Gulf in 1988 killing 290 passengers.

However, most defense specialists consider that it is extremely unlikely to mistaken a normally operational commercial flight with its identification systems on from a threatening jet with hostile intentions.

Moreover, when this flight takes off from a nearby friendly airport amongst 100 other flights, it is even more difficult to make a mistake.

Is the sudden flow of recognition and excuses due to the fact that Iran sensed that America, Canada, and the other countries could make the case that Iran VOLUNTARILY shot down a commercial airplane and use it as a clear “casus belli” against the Pasdaran to attack them directly?

Could it be that some high ranking officers of the Revolutionary Guard wanted to avenge Qasem Suleimani, WITHOUT provoking America directly?

Judging from the bombing of the American military bases in Iraq, it is clear that Iran has taken the full measure of the determination of Donald Trump to engage into war with Iran if American lives are taken away and the last thing Iran wants today is a war with America or with Israel.

On the other hand, it cannot remain idle after the killing of Suleimani and probably does not want to remain idle and let things happen.

The Iranian regime is built on a narrative of conflict with the West and with America in particular since 1979 and it is currently extremely weakened economically and politically. Remaining idle after the killing of Suleimani is not an option.

And provoking America directly is not an option either!

Was the downing of this particular plane a message?

Could it be that some high-ranking officer of the Revolutionary Guards decided to avenge Qasem Suleimani WITHOUT the agreement or the blessing of Ali Khamenei?

Everything is possible and if that was the case, it would really mean that Ali Khamenei, Hassan Rouhani and Jawad Zarif have little control over what the Pasdaran do and decide to do.

This could explain the fact that it took several days of public denials before admitting to the issue, but it would also mean that the US – Iranian crisis is much more dangerous than we think because it is not only one party that holds the commands in Iran but several.

Could it be that some high-ranking officer of the Revolutionary Guards decided to avenge Qasem Suleimani this way WITH the agreement or the blessing of Ali Khamenei?

This is also a possibility but if that was the case then it would really mean that the Iranians have decided to wage a covert war against the West without attacking Americans directly while creating damages, fear, and disruptions in many various ways.

We are not adepts of conspiracy theories but we aim at analyzing every possibility like chess players do and see what the ramifications and consequences are.

And you can rest assured that all the questions above are the ones that are currently being asked by the likes of Donald Trump, Justin Trudeau, Emmanuel Macron and Boris Johnson to their respective intelligence and military people, let alone Benyamin Netanyahu.

What is striking with this downing is that it obviously bears little significance in the conflict when looked at from the Western point of view. What is the purpose of downing a civilian aircraft from Ukraine with mostly Canadian and Iranian passengers on board? Almost none!

But the message is maybe not for the West but for the Revolutionary Guards in Iran where the symbolism is totally different. An American plane operated by a Ukrainian Company, a lot of innocent victims as was the case in the Iranian Airbus of 1988, a way of putting pressure by US Allies (Canada) on Donald Trump, etc. etc.

Obviously all the above is only conjectures and political what-ifs, however, our main point is actually different :

Our assumption is that the US- Iran confrontation is far from being over and this conclusion is based on the following observations :

This is why we are of the view that Iran will not just stop there, but on the contrary, will step up its operations in a covert way, without ever attacking the US directly in terms of life casualties.

One of the areas that could be a real threat is cyber-attacks, and in particular cyber-attacks on America’s financial markets and banking systems

A few years ago, seven Iranian cyberterrorists conducted what was the largest cyber-attack ever — wreaking millions of dollars in damages on 46 major U.S. banks, including Bank of America, JP Morgan Chase, Wells Fargo, American Express and PNC.

More recently, cyber terrorists were able to repeatedly infiltrate the Nasdaq computer network. They got into the central hub of over 3,300 publicly traded companies like Apple, Google and Microsoft and security experts didn’t even know why they were there or what their target was!

More than half of the world’s 46 stock exchanges have reported being hit by at least one cyberattack and according to the US Securities and Exchange Commission, 88% of brokerages and 74% of financial advisors have also faced cyber-attacks over the past ten years.

Cyberattacks are now considered to be the #1 systemic threat in the financial world and the Iranians have demonstrated that they have then power to do it.

Moreover, the threats are not limited to the financial or banking world, but could also take any kind of form of infiltration into power grids, water systems, city councils systems, airport and port systems, mass transit systems causing havoc.

The conclusion is that investors should expect more volatility ahead and not rely on the false assumption that Iran will do nothing in the future!