Facebook’s LIBRA may finally be the real thing 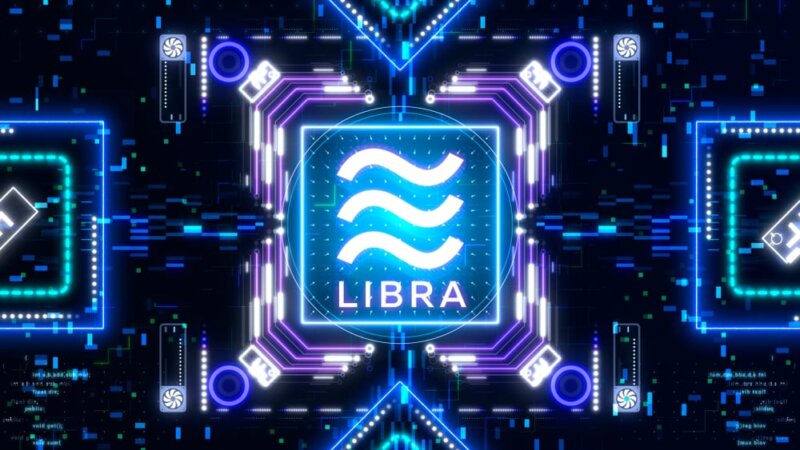 During the Cryptocurrency craze of 2017, we wrote several articles detailing the mechanism of the most popular crypto-currencies and came to the conclusion that they would fail because they lacked the two essential characteristics of currencies :

. Being backed by a Sovereign issuer with tax-levying powers ( Both are Monopolies )

. Having a prime stability and liquidity that made them convenient as a medium of payment.

We nevertheless highlighted the revolutionary potential of the blockchain technology itself and the of decentralised ledgers.

We even shorted Bitcoins on December 19th 2019, at US$ 19’000 the day the future contract started trading on the CBOE and made significant money trading the crypto on the short side over the past two years.

We also worked on a project to launch a currency-basket backed crypto-currency in the UAE based on blockchain and a semi-decentralized ledger, using a non-profit Liechtenstein Foundation as the owner-custodian of the currency

Last month, Facebook revealed its plan to launch its own crypto-currency running on a blockchain system, called Libra, under the stewardship of David MARCUS , a brilliant online payment executive whom we met in Palo Alto 10 years ago.

Since the launch, the attention has focused on Libra coin, the cryptocurrency that will run on the new blockchain as the plan is a very well-thought evolution of the digital currency concept :

. A Supra-National Independent digital mean of payment based in a neutral country; Switzerland

. An Asset-backed digital currency based on a basket of the most important national currencies of the world

. A secure technology backed by one of the most technologically advanced companies in the world and its vast engineering, computing and security resources

. A phenomenal time-to-market advantage with immediate reach to the 2 Bln. plus users or one-the users of Facebook, Instagram and Messenger

. Targeting the massive market of 2.6 bln people not having bank accounts

. With the phenomenal edge of gathering the purchasing and spending data of billions of individuals in full details, not only relying on their web navigation or on what they buy on only one merchant site ( Amazon for instance )

LIBRA would probably be a great success, but only if and when separated from FACEBOOK

Indeed, since its launch, regulators from the all around the world have expressed their worries about LIBRA, not insomuch as its concept, logic, legal organisation and technology but in its association with a Private enterprise such as Facebook which can exploit the data commercially to its own benefit that poses problem.

The exiting Governor of the Bank of England MARCK CARNEY just expressed the need of the world of a supranational current such as LIBRA at the recent Central Banker’s Symposium of Jackson Hole, as a replacement for the US dollar as a reserve currency.

By specifically referring to LIBRA in such a high-profile speech and in front of such an audience, Mark Carney endorsed the concept and the technology but clearly stated that it would never be allowed under the control of a Private company.

It is highly likely that LIBRA will be allowed to exist only is to is totally separated legally, operationally and financially form FACEBOOK with a n extremely tight control over the use of its data.

But there is one more thing that LIBRA does put on the table :

Tucked away in one of the documents Facebook published as the LIBRA White Paper is something that may turn out to be even more important as the currency itself .

A major goal of the Libra Association, the nonprofit organization based in Switzerland Facebook has created to manage the project’s development, is to use Libra to revolutionise the concept of digital identity.

In a document explaining the role of the Libra Association, a paragraph states :

“An additional goal of the association is to develop and promote an open identity standard. We believe that decentralized and portable digital identity is a prerequisite to financial inclusion and competition.”

Considering the efforts and amount of time banks spend doing their due diligence and getting proof of the identity and addresses of their clients, the concept of an independently certified, unforgeable, unique, digital identity is a true revolution.

There again, the concept blows away another feature of Nation’s Sovereignty.

Sovereign States have the monopoly of certifying the identity of their people. Taking that to the level of decentralisation and deregulation of the internet is true revolution.

On the other hand, the idea of a supranational, independent authority delivering identity in an unforgeable way is not a ridiculous idea in fully globalised world.

The “decentralized and portable digital identity” suggested by LIBRA’s white Paper is exactly that. It provides a way to avoid having to trust a single, centralized authority to verify and take care of our identifying credentials.

For internet users, it would mean that instead of relying on Facebook or Google’s own log-in tool to provide our credentials to other websites, we could own and control them ourselves.

In theory, this could better protect that information from hackers and identity thieves, since it wouldn’t live on company servers.

The concept (sometimes called “self-sovereign identity”) is something of a holy grail in the world of internet technology, and developers have been pursuing it for years. Big companies including Microsoft and IBM have been working on decentralized identity applications for a while and so have a number of startups including companies like Dashlane.

But it is much more than just an internet thing. It goes at the heart of what Nations are all about, catering for their citizens.

For the roughly one billion people around the world without any kind of identifying credentials at all, such technology could make it possible to access financial services that they cannot today, starting with things like bank accounts and loans.

For the rest, it may simplify considerably the use of money and make bank accounts and their increasing complexity irrelevant.

This is what Facebook means when it says in the Libra white paper that the new system is intended to “serve as an efficient medium of exchange for billions of people around the world” and “improve access to financial services.”

In some cases the currency itself might be able to do that, but in others it’s likely that users will need some form of identification to access a particular service. That is probably why Libra’s developers call an open, portable identity standard a “prerequisite to financial inclusion.”

A digital identity that could go well beyond finance

Besides the internet log in and identification, sharing many kinds of sensitive data using a blockchain — for instance, health files, property records, wills — might require some form of automated and secure ID check.

But Facebook Connect is risky because it relies on a central authority, argues Christopher Allen, cochair of the credentials community group of the World Wide Web Consortium, the most important international standards body for the web.

Trusting one entity with this responsibility is dangerous because the site could go down or the business could fail. And Facebook can revoke accounts at will. In fact this is at the heart of the Central Bankers and regulators’ reaction to LIBRA. It is not the digital currency itself, but the fact that it may be controlled and used by a private company such as Facebook.

At this stage, it is still hard to say how decentralized Libra’s new identity system would be, because Facebook has not revealed anything about what it is planning to do in details. However, knowing David Marcus and Switzerland, it is highly likely that the decentralization of the system will be complete and regulated in Switzerland.

What remains unclear is what kind of access Facebook, a US corporation or its subsidiary, will have to the data collected by the system and how that data could be exploited.

There is the possibility that the digital identity will only work inside the Libra network, which requires permission to participate in.

Unlike systems like Bitcoin and Ethereum, for which anyone with the right hardware and an internet connection can join and help validate transactions, Libra requires its validators to be identified and approved.

Nearly 30 companies have already signed up to run network “nodes,” and Libra’s developers want to up that to 100 by the time the platform is supposed to launch for real next year.

Facebook’s main message with the launch of Libra and the Libra Association appears to be a response to past criticisms of how it handled personal data and to the faults of the existing crypto-currencies.

Whatever identity standard they come up with, if 100 major companies adopt that standard, then it is likely that their standard for Blockchain based digital identity will become the World standard.

LIBRA’s concept is probably the way forward but some important challenges still need to be overcome.

it is not clear yet how Facebook deals with the difficulty of handling Private Keys. Te Blockchain system is based on private Keys which are the ones that allow you to retrieve and modify your data stored on distributed ledgers. If you lose or forget your private keys, which aren’t easy to manage in the first place, it’s hard to restore them.

Another technical challenge pertains to privacy. How will the personal identification data be kept separate from financial transactions? This piece is particularly concerning for privacy advocates in the context of Libra, given Facebook’s less-than-stellar track record.

Where you spend your money and who you spend it with and how much you spend is some of the most private information for people,, and probably the most valuable for anyone interested in advertising, let alone companies like Facebook or Google who’re model is all about advertising.

However, if there is one company in the world that has the know-how, the talent and the resources to overcome these challenges it is probably FACEBOOK.

As we highlighted in our previous article on LIBRA, the digital currency may well be the straw that will break the Camel’s back and bring the demise of the entire advertising model of Facebook and Google.

This is not to say that LIBRA will not exist or that the debate on Decentralized Digital Identity will not move forward.

We would not be surprised to see LIBRA becoming a self-sustainable entity, separate from FACEBOOK, that will fulfil Mark Carney’s dream of a supranational Currency to replace the US Dollar