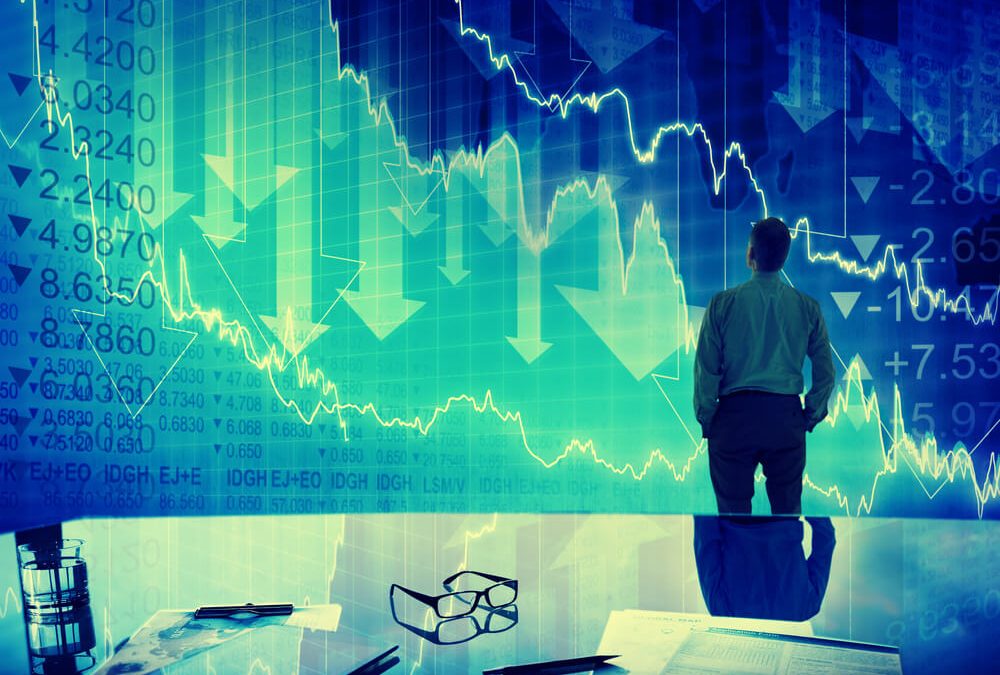 China’s economy slowed to the weakest pace since quarterly data began in 1992 amid the ongoing trade standoff with the U.S., while monthly indicators provided signs that a stabilization is emerging.

Gross domestic product rose 6.2.% in the April-June period from a year earlier, below the 6.4% expansion in the first quarter.

In June, factory output and retail sales growth beat estimates, while investment in the first half of the year also gave further evidence that stimulus measures to curb the slowdown are feeding through.

The slowdown underlines the pressure that Chinese policy makers face as they attempt to negotiate a deal with the U.S. on trade, while the economy takes another step down in the long-term deceleration from the heady expansion of the mid-2000s.

Net exports contributed to 20.7% to output growth in the first half, down from 22.8% in the first quarter. Trade data released Friday in Beijing detailed the weak end to the second quarter, as exports and imports fell.

The data released Monday show that the Trade War may actually be accelerating the process of transformation of the Chinese economy from an export-led model to a consumer-led model.

The continued growth of China’s finance sector and the strong expansion of IT also helped soften the economic slowdown in the second quarter and offset a muted performance from the manufacturing and tertiary sectors.

Output from finance increased 7.6% from a year earlier, a step higher from the previous three-month period, the statistics bureau said Tuesday.

Information technology growth slowed to 20.1%, the lowest in two years but still well above the 6.2% expansion in overall gross domestic product.

The sector breakdowns were released in a report today, following the announcement of the main data on Monday.

Services, which makes up more than half of output, maintained steady 7% growth, while primary industry expanded 3.3% and secondary industry, which contains manufacturing and construction, slowed to 5.6%.

Fixed asset investment growth in the first half accelerated at private firms, whereas state companies eased back, a further sign that government efforts to funnel cash to the private sector may be bearing fruit.

For the manufacturing sector, investment accelerated a notch to 3% in the first half, while infrastructure investment also picked up to 4.1%.

Better-than-expected retail sales data also lend credence to the idea that stability will emerge in the second half of the year in the domestic economy. While the data are volatile, faster growth in sales of consumer goods, household appliances and furniture also point to the modest recovery ongoing in the vital property sector.

Retail sales growth unexpectedly rose to 9.8% in June, aided by a 17.2% jump in car sales. However, that surge was largely driven by discounts on older car models held by dealers in anticipation of tougher vehicle emission standards.

The new policy took effect on July 1 in some regions. A further one-off effect was a round of online retail discounts on June 18 — dubbed “618.” Both factors suggest the pace is unlikely to be sustained.

China’s exports remained stable for most of the first half, despite the ongoing trade tensions with the U.S. Imports were subdued and slowed significantly in the second quarter, leading to a widening surplus. In the meantime, the services trade deficit is shrinking.

Therefore, net exports contributed more than 20% to the expansion in the first half, outperforming the contribution of investment.

Whether a boost from net exports can be expected through the rest of the year is doubtful.

China’s slowdown will continue to provide the backdrop to re-booted trade negotiations with the U.S. in the months ahead, with economists forecasting a full-year expansion of 6.2% this year and 6.0% next.

A more aggressive stance on stimulus could change that, but that’s something Beijing has been leery of for fear of a financial blow-up. Another positive would be the lifting of the US Tariffs but that is unlikely anytime soon is the pace of negotiations remains the same.

The government has focused on issuing a special-type of off-balance sheet debt to allow local governments to spend on infrastructure without blowing out their budgets. Authorities have issued some 1.19 trillion yuan ($173 billion) of special bonds in the first half of the year, much higher than the 361 billion yuan in the same period last year.

Employment is the top item on policy makers’ agenda. On Monday, National Bureau of Statistics spokesman Mao Shengyong admitted there was “structural pressure” behind the moderate changes to the official jobless rate.

With more than 8 million new graduates entering the job market this summer and the manufacturing sector under pressure, rising unemployment may be inevitable.

So far, official efforts to underpin the economy have focused on trying to funnel credit to the private sector and small companies, which provide the majority of jobs and output.

While there have been signs of success, the government still worries that easy monetary policy isn’t being transmitted correctly. That’s likely to inform what officials do next with regard to stimulus.

A fiscal stimulus plan including about two trillion yuan of tax cuts is slowly feeding through into the economy.

China’s slowing economy and clogged policy transmission are adding to the urgency of a reform of the country’s interest rates in order to lower borrowing costs.

Economists expect the central bank to accelerate a long-mulled revamp to simplify the complex array of interest rates.

Policy makers have little choice but to push for an acceleration of the market-oriented reform of interest rates, hoping to “unclog” the transmission and make stimulus measures pass through the economy in a better way.

Policy makers are struggling to generate demand for bank loans as growth slows, partly because of the shortcomings of the current two-track interest rate system.

Amid concerns that broad easing via cuts to the benchmark one-year lending rate could weaken the yuan and inflate asset bubbles, officials have kept that rate on hold and instead funneled cheaper liquidity to banks — without that cash being able to flow readily to the real economy.

Policy makers have long telegraphed their intention to reform the system, and the situation became more pressing this month when the overnight repo rate fell to the lowest level since at least 2003, breaking the floor of the central bank’s interest rates corridor.

A State Council meeting on June 26 discussed how to deepen the interest rate reform as part of the efforts to lower borrowing costs this year, indicating the plan is in the last stages.

For now, details about the reform are scarce, but clues are available in officials’ comments.

PBOC Governor Yi Gang indicated in May that the PBOC will likely scrap the benchmark lending rate while keeping the deposit rate in the early stages of the reform.

Policy makers will likely make the Loan Prime Rate — the price banks offer to their best clients — more closely linked to the rate of PBOC’s mid-term loans, or the Medium-term Lending Facility.

The overall picture shows a Chinese economy that is being impacted by the US Trade War but that is already improving on the domestic consumption side.

The Government still has many tools at its disposal to stimulate growth, but is taking a gradual approach as usual.

The most worrying point may be more psychological than factual.

The recent changes in the local press testify of a much more aggressive stance of the public opinion vis a vis the US and Donald Trump.

There is every likelihood that China’s Standing Committee of the Communist Party has adopted a position whereby Donald Trump cannot be trusted and China will have to go through the pain of waiting until 2020 and a potential change of administration.

Our take is that the next three months could see some disappointment on the Trade War front and weak industrial production numbers while consumption continues to improve.

However, the performance of the stock market could remain subdued until the year-end.