Change of Trend in the US dollar ? 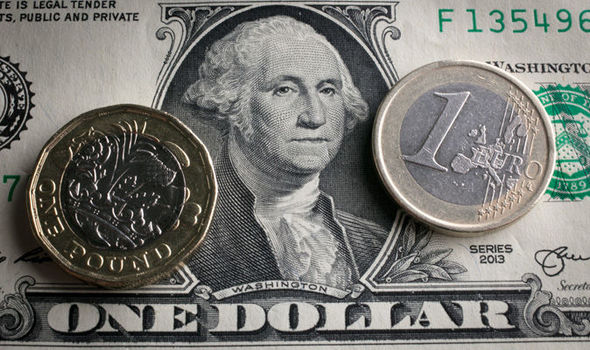 To be fair, with the previous month revised up to 311,000, the average of the two, 155,500, is still a respectable number employment number but it is still way below what economists and Donald Trump himself expected for the first two month of the year.

The global slowdown triggered by Donald Trump’s Trade War is upon us and central bankers are starting to get worried by the downward momentum of the world economy.

The US President is so worried about the economy stalling and the stock market falling that he is sending signals that he wants a Trade deal at all costs while the Chinese are backing off somewhat, not wanting to make commitments in terms of enforceability.

To be frank , Donald Trump demands when it comes to currencies, and not only vis a vis China but also vis-a-vis Japan, Europe, Mexico and Canada, run counter to all the accepted principles of sovereignty and freedom of monetary policies, but Donald Trump never had a great inclination for the principles of International Law and always preferred “Rapport de Force”.

It would have been interesting to observe Donald Trump’s behavior if America was not the most powerful player in the game, but even with the power cards in his hands, he is reaching the limits of his abilities as actionning power in not an option, as testified by his travails with North Korea.

America seems to be paying the real price of the Trade War but for now, economists and the markets are more worried about Europe and Japan where deflation risks are much more acute.

As a result, the US Currency was bid up sharply last week and – contrary to our expectations for a mid-cycle rally in the EUR – we may have entered the last phase of the US dollar structural rally earlier than we thought.

We expected a re- test of the 1.18 – 1.20 level before starting the last phase of the secular bull market in the US dollar that we successfully called both in 2008 and again in 2014.

But we may be en route to test the 1.05 level first, and then eventually below 1 later in the year.

Indeed, the US economy will be structurally more resilient to a downturn than the European and the Japanese economies and deflation risks are further away.

The FED has raised rates over the past two years and can lower them now if needed while Japan and Europe have strictly no leeway on rates apart from pushing them further into negative territory.

Only the Yuan has potential upside against the US Dollar as most emerging economies currencies are showing signs of weakening as well.

The impact of a strong US dollar on Precious metals and Equities will also be felt.

We sold our Gold and Silver positions in a timely manner three weeks ago and although we are convinced that Gold may stage a significant rally later in the year, we remain on the sidelines for now.

As far as equities are concerned, mounting evidence of a global economic slowdown is keeping downward pressure on global corporate earnings expectations.

Analysts now see 2019 earnings growth at just 4.4 percent in the US, less than half the growth they expected back in October. Justifying a continuation of the strong rally of the first two months of the year on such numbers will be difficult considering the fact that valuations are no longer attractive.

Having said that, value is to be found in Asia in places such as China, Vietnam and Thailand and we expect the correction in Chinese stocks to be limited. They lost 4 % last week on Government intervention to quash the exuberance that was building up, but still, money is pouring in Chinese stocks from abroad and the is the only economy of the world that will pull out of the slowdown ahead of the pack.

We expect another couple of weeks of muscle showing between America and China before a final deal is reached and signed at the end of March. Donald Trump does not want a repeat of the end of December where his double language with China – dining with Xi JingPing in Buenos Aires while he was ordered the arrest of Huawei’s CFO – sent equity markets in a free-fall.

He knows full well that the press, economists and Wall Street are all blaming him for the current economic slowdown and that further fall in equity prices will be debited t his account.

China, on the other hand also needs a deal and does not want to see its financial markets panic either. They need to keep confidence high and the latest batch of tax cuts should have a significant impact in economic activity in the coming quarters.

Finally, all the odds are possible in the UK where no one knows how things will turn out.

Even a second referendum on BREXIT has become a possibility and there are no clear fault lines left in the British political landscape.

Another reason why Europe could fare worse economically than its major counterparts.

Having said that, European equities are cheaper than Americans or Japanese equities and they are heavily under-owned. We expect them to outperform in the second quarter rally that we expect. There could also be more positive surprises in terms of corporate earnings if the EUR, as seems to be the case, is to depreciate markedly.

The Week in Review

A clear break above 98 will sed the US dollar sky-rocketing towards 100 and then 103.5 in a short period of time. But this may be the last bout of strength of the US currency before a major bear market unfolds in 2020.

The MSCI World delivered its first negative week after 10 weeks of consecutive rise and a strong reversal that indicates that the correction that we have been expected has actually started. The recording of a third lower high does not bode well as it confirms the end of the secular bull market that started in 2009.

The SELL confirmation is even clearer in the Emerging Markets complex.

A text book reversal figure for the Asia markets happening at the moving averages and a Death cross. As JP Morgan strategists put it, if money was not made in the first two months of the year, it may not be made at all in 2019.

Reversal and lower high all point to more and significant weakness ahead.

Has the second leg of the Bear market started or is this just a correction in an unplug destined to challenge the all-time highs recorded in September 2018 ? The next couple of weeks will confirm.

Last week’s sharp fall in the RUSSELL 200 Index took it back below its two moving averages. Only a quick rebound form current levels would negate a sharply negative outlook for now.