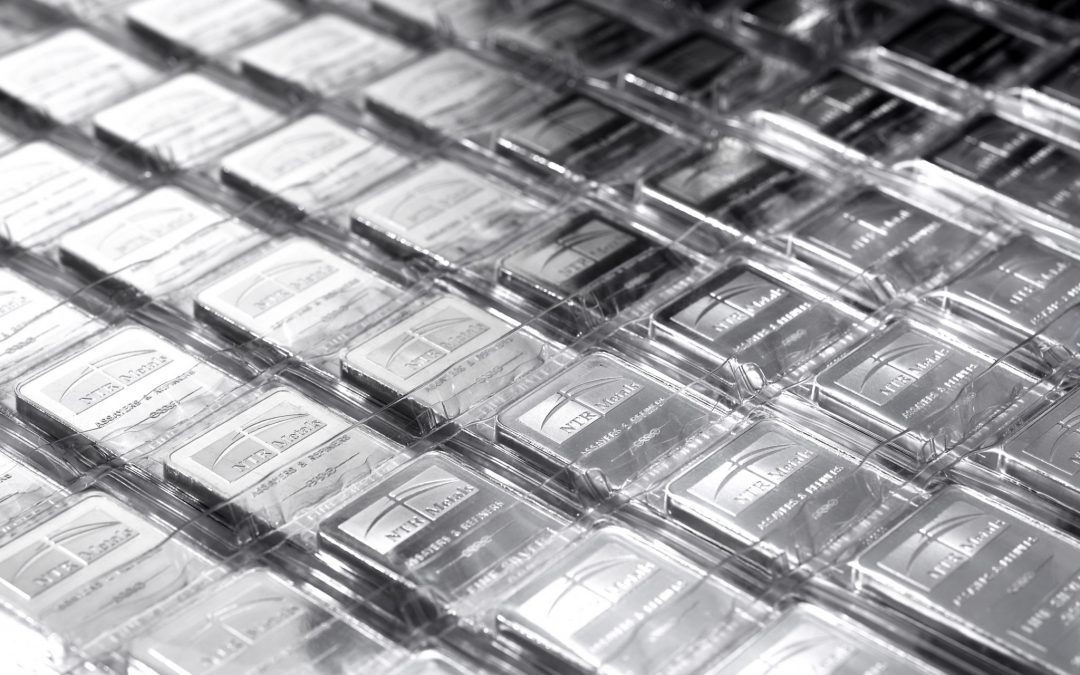 In an environment where two of the main asset classes trade at elevated valuations and are rolling over, it is imperative to find other investment alternatives and we happen to have an interesting combination of positive factors for precious metals in general.

Strong liquidity, inflationary pressures, a peaking US dollar, flight to quality and global uncertainty are all factors that have led us to :

. Recommend to increase exposure to GOLD
. Highlight the catch up potential of SILVER

. Start taking an interest in PLATINUM

In the past two months, we initially established an arbitrage position LONG PLATINUM / SHORT PALLADIUM in our Model portfolio which ended up delivering positive returns on both sides of the trade.

Today, we are recommending to build a LONG EXPOSURE TO PLATINUM @ $ 875

Platinum is a chemical element with the symbol Pt and atomic number 78. It is a dense, malleable, ductile, highly unreactive, precious, silverish-white transition metal. Its name is derived from the Spanish term platino, meaning “little silver”.

Platinum is a member of the platinum group of elements and group 10 of the periodic table of elements. It has six naturally occurring isotopes. It is one of the rarer elements in Earth’s crust, with an average abundance of approximately 5 μg/kg.

It occurs in some nickel and copper ores along with some native deposits, mostly in South Africa, which accounts for 80% of the world production.

Because of its scarcity in Earth’s crust, only a few hundred tonnes are produced annually, and given its important uses, it is highly valuable and is a major precious metal commodity.

Platinum is one of the least reactive metals. It has remarkable resistance to corrosion, even at high temperatures, and is therefore considered a noble metal. Consequently, platinum is often found chemically uncombined as native platinum.

Because it occurs naturally in the alluvial sands of various rivers, it was first used by pre-Columbian South American natives to produce artifacts. It was referenced in European writings as early as 16th century, but it was not until Antonio de Ulloa published a report on a new metal of Colombian origin in 1748 that it began to be investigated by scientists.

In Marketing, Platinum’s rarity as a metal has caused advertisers to associate it with exclusivity and wealth. “Platinum” debit and credit cards have greater privileges than “gold” cards.[
“Platinum awards” are the second highest possible, ranking above “gold”, “silver” and “bronze”, but below diamond.

South Africa is the largest producer of platinum in the world by a significant margin, with a production of between 94 and 110 metric tons each year from 2010 to 2018.

After a contraction of 2.1% in 2016, global platinum mine production recovered marginally by 0.8% to reach 6.1 million ounces in 2017, assisted by South Africa and the US increasing output by 1.5% and 2.6% respectively.

However, 2018 saw a significant decline, from 198 metric ton to 60 metric ton as South Africa lost 34 metric ton of production following the closure of mines such as Platinum Group Metals Ltd’s Maseve mine and Atlatsa Resources’ Bokoni mine.

Production in 2018 declined as a fall in the price of platinum and appreciation of the Rand against the US Dollar leads to mine closures, coupled with high over the ground inventories.

However, looking ahead, an expected recovery in platinum prices driven by positive global vehicle sales and Asian Jewellery demand is expected to lead to increased production.

This growth will be supported by the start of operations at projects across South Africa, Zimbabwe, the US and Canada, including the Platreef, Garatau, and Styldrift 1 mines in South Africa, which have annual capacities of 214, 220 and 330 thousand ounces respectively.

The 2019 forecast of the World Platinum Investment Council shows a significant increase in overall platinum demand in 2019, owing to strong investment demand that more than offsets softer demand in the automotive and jewellery segments.

The increase in investment demand was driven by a surge in ETF holdings, which gained 690 000 oz in the first quarter of this year, the largest quarterly ETF gain ever.

Demand in Q1 significantly exceeded mine supply, due to release of refined platinum from smelter pipeline stock built up in 2018. The result is the largest quarterly deficit, of 550 koz, since the WPIC commenced publication in 2014.

Although Q1’19 automotive demand was down year-on-year, the rate of decline continues to reduce as independent evidence emerges of exceptionally low NOx emissions from new diesel cars and their importance to automakers (due to their low CO2 emissions) in avoiding heavy fines by meeting EU CO2 emissions targets.

Quarterly jewellery demand fell further year-on-year due to a continued decline in Chinese demand, mitigated by a rise in all other regions.

Total global demand for platinum is expected to increase by 8% in 2019 on the back of a strong increase in investment demand.

Supply is expected to rise by 4% this year. However, potential power disruptions and industrial action represent risks that could materially reduce South African mining supply during the year.

With demand projected to increase more than supply, the annual 2019 market balance will narrow sharply to a surplus of 375 koz from the previously forecast surplus of 680 koz.

The most interesting factor for Platinum today and the one that is making us believe that a sharp move is about to happen is technical.

Over the past five years, Platinum has been constrained into a major consolidation triangle with a very strong base at US$ 800. Since 2018, the support has been tested many times, leading to the first higher lows, and attempted break above the moving averages the short term one having been successful.

This comes on the back of two successive consolidation triangles, the first one in 2016/2017 which broke on the downside, the second once in 2018 which did not manage to break down.

The MACDs are now delivering a BUY signal and we are on the verge of breaking the log term downtrend, something Silver just did a couple of weeks ago

The Monthly chart is even more interesting. Platinum has been in a massive downtrend since its 2009 peak and in the past five years the Diesel emission scandal has kept a lid on Platinum as Catalytic exhaust represent 47 % of usage.

However, the 800 support level is one that has been holding since 2004, 15 years ago and supply demand is clearly now in favour of demand.

Platinum is about to break above this very long term downtrend to the upside and a successful break means that the Precious metal has the potential to rise to 1200, a 33 % increase from current levels.

One way to play it is to invest in the ETFS 2x Daily Long Platinum ETF, an exchange traded Commodity fund denominated in EUR and benefitting form TWICE the daily performance of the Platinum Oz.

As can be seen form the chart below, this instrument could deliver substantial performances if te break out that we expect materialises.