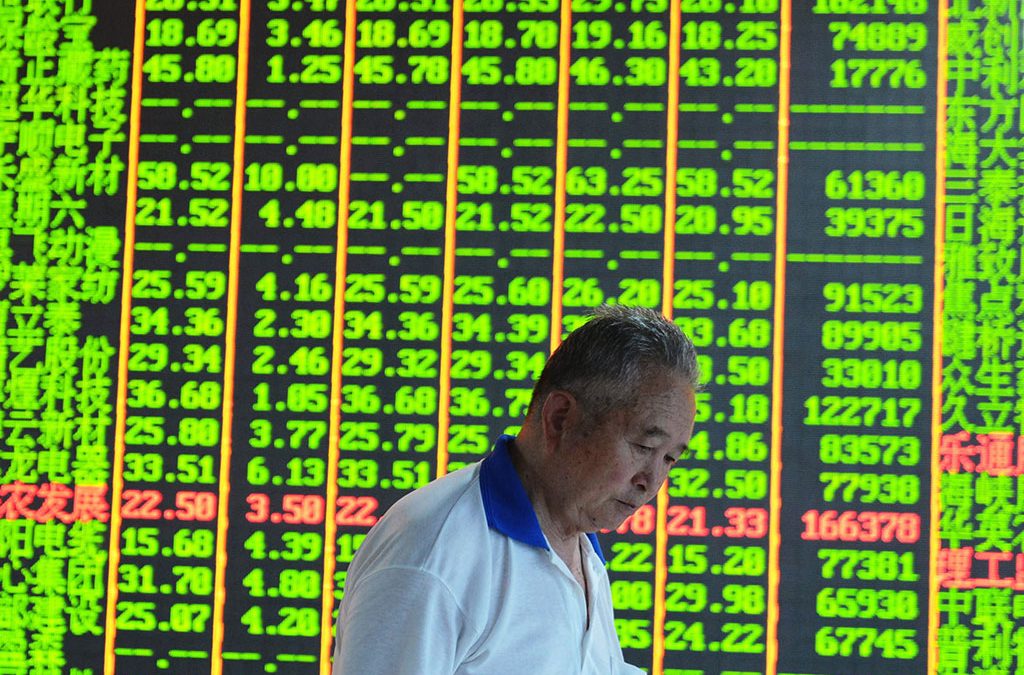 At a time of panic in the world equity markets and at the very moment where Europe has surpassed China in its number of confirmed coronavirus cases and deaths from the disease and where NO new cases are declared in China, WE RECOMMEND TO BUY CHINESE STOCKS !

Our analysis and conclusions to BUY massively the Chinese stock market and the Chinese currency are based on three tenets :

The end of the Chinese Epidemic

Today is the day where China has no new infections of the coronavirus domestically for the first time since the start of a crisis that has sickened over 80,000 Chinese people.

There were no new cases reported Thursday in Wuhan, the city in central Chinese Hubei province from which the outbreak began. There have been no new cases in the rest of the country for seven days, a dramatic plunge from the height of an outbreak that killed more than 3,000 people, and caused a historic economic contraction.

China’s drastic containment measures — which included a massive quarantine of Hubei province, a region of 60 million people — had success in interrupting transmission in the rest of the country if the numbers are to be trusted.

The epicentre of the epidemic has now moved to Europe where there are now more cases than in China.

And it is likely that the next big wave of contamination will be in the USA.

But when it comes to China, even if epidemiologists are worried about a potential resurgence of the disease in the future, for now, the Chinese economy is re-normalizing after a shut down of two months.

The Chinese economy is coming back to normal

After an economic collapse that saw the worst economic numbers in decades, the Chinese economy is coming back to life and reassuring data on the virus will enable the Chinese to go back to work and consume again.

Never in the history of China have the Caixin OMI’s fallen to such low levels, exports collapsed by 17 %, the trade balance move into negative, new financing and loans decrease to the lowest in a decade and Retail sales fall by – 20 %

We print the above tables because the above numbers will probably remain in history as a major anomaly.

Form now on, as the economy regains momentum and is boosted by the massive financial and fiscal stimulative measures enacted by the Chinese Government, economic numbers will gather strength and should accelerate sharply in the second half of the year.

Chinese Equities are the cheapest they have been EVER

Although they have resisted quite well until the last wave of global liquidation, Chinese equities fell sharply in the past weeks leaving them at historically low levels in both absolute and valuation terms.

As we expect that the worst of the epidemic to be behind us, the Chinese economy to improve markedly from here, albeit gradually and that the bulk of the indiscriminate liquidation is over, the current levels offer a unique opportunity to invest in Chinese equities for the very long term

The liquidation of the past seven days has taken the main Chinese index down 16.7 % and the last price action is a hanging hammer that normally points to a change of trend. Both the MACDs and the RSi are in BUYING territory.

Looking at it from a longer-term perspective :

The CSI 300 trades at the same level it has been trading at since 2006 on average while China’s GDP ( red curve ) has been growing from US$ 3 Trillion to US$ 14 Trillion over the same period.
The gap between the GDP and the index market capitalization is at the highest level ever and gives an indication of how much catch-up potential there is.

The Violet and Green curves plot the Price /Earnings and Price to Book ratios and they are both trading at historically low levels.

Chinese H-Shares listed in Hing Kong are even cheaper than their domestic counterparts and are now trading at the deepest discount to their A-shares equivalent ever, Yesterday’s move shows the exhaustion of sellers and both the MACDs and the RSIs are in buying territory.

At 8’500, the H shares index is trading at the bottom of the Channel that has been in place since 2008. their gap with China’s GDP is the largest ever and the P/E ratio is now at levels that have always constituted buying levels is the past.

China’s largest Insurance company is trading at the lowest level in 14 years and back to its valuation of 2006. This is a unique situation caused by indiscriminate liquidation in market without buyers. We expect this to be reverted very quickly

China Mobile, the biggest beneficiary of the switch to 5 G is also trading at a 15-year low that is only due to indiscriminate liquidation by foreign institutional investors and foreign retail investment funds.

If you have not invested in the world’s largest mobile telephone company over the past 15 years, the time is probably right

At HKD 2.73, Bank of China is trading at the lowest since 2011 and at the cheapest discount to Book Value ever at 0.39. China has relaxed the constraints of=n Chinese banks and will be supporting directly industries that are in difficulties such as airlines, transportation, and automobile manufacturers at 7.7 % yield and 4.2 times earnings, the intrinsic yield is way above 23 %.

We are of the view that we have seen the worst of the Covid-19 Black Swan event on the world financial markets.

This is not to say that its economic impact will not be lasting and severe, particularly in a highly leveraged and unprepared economy such as the USA.

However, China will be the first economy to pull out of the hole and we see the current valuations of Chinese equities as a UNIQUE opportunity to build exposure to China at extremely cheap levels.