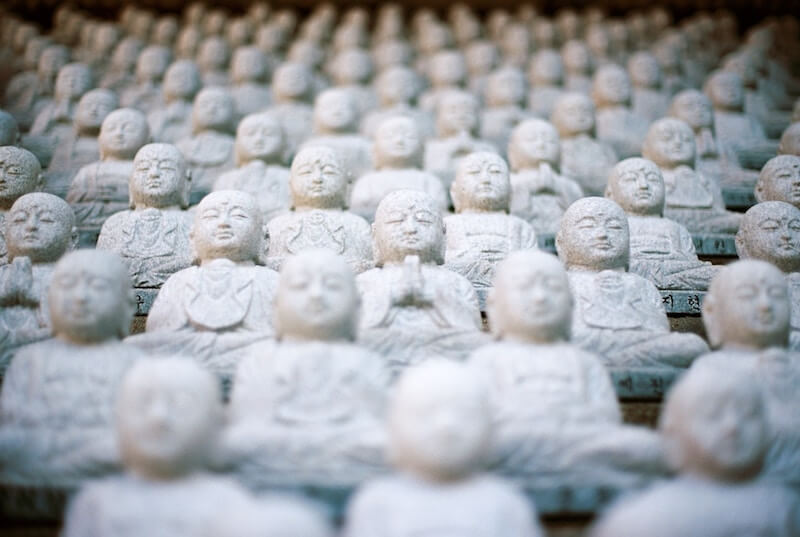 In our post dated July 3rd 2018 titled BUY CHINA ! we made the case that the 2018 bear phase had run its course and that long-term investors should position their portfolios for the upcoming secular bull market.

We were indeed a bit too early and we could have spared ourselves the volatility of the summer.

Over the summer Chinese equities traded sideways and sold-off sharply in the fourth week of October only to recover as strongly in the first week of November.

Today’s close in the Chinese equity indexes shows that we are going to have a sharp move up very soon and that the next secular bull market in Chinese equities is beginning.

Most indexes have confirmed their break of the 2018 downtrend or are about the break the downtrend to the upside.

Moreover, most indexes have now recorded two or three higher lows indicating that the flow of funds is reversing and that selling has been exhausted.

On a daily basis, the HSCEI recorded a bullish reversal and its first higher low since January 2018. The break of the 2018 downtrend and the short term moving average will constitute a very powerful BUY signal and trigger massive short covering from traders and hedge funds.

The long term chart shows that the HSCEI is rebounding form an extremely powerful accumulation level and is trading at the same level it was back in 2007, 11-years ago

The chart below depicts the evolution of Chinese H-Shares’ P/E ratio since 1990. At 7.85 x earnings, H-shares are not only the cheapest of all equity markets worldwide, but they trade at levels not seen since 2000, apart from a short blip in 2015.

At 1x The HSCEI Price / Book ratio is the lowest is has been since 2000, apart form the short term blip of 2015 and does not value any future growth ahead.  NO EQUITY MARKET IN THE UNIVERSE TRADES AT ONE TIME BOOK VALUE.

Since July the FT 50 China index of the largest capitalization has been bouncing off the same level after having broken its 2018 downtrend.
Today was the first recording of a higher low.

The long term chart shows the exhaustion of the 2018 downtrend selling pressure while the index is holding above its short term moving average.

At 9.5x, the XIN9I P/E ratio is amongst the lowest in the world for large capitalization stocks and at levels that preceded major advances in 2005 and 2015.

The Price to Book ratio  is also trading at historically compelling levels.

The long term chart shows that the rebound is taking place from the very significant long term uptrend in place since 2004, trend form which significant rallies have ensued.

The Shanghai Composite Index Price / Earnings ratio is trading near its historical lows at 12.33 x.

At 1.39 x, the Price to Book ratio trades where it was in 2014 just before a significant rally took place.

The CSI 300 recorded a significant reversal today despite the weakness in the US equity markets, trading back above the 2018 downtrend and recording a significant higher low. Selling pressure is exhausted and short covering will soon come into play.

The long term chart shows that the index is bouncing from the long term moving average and the level at which the lows of the 2015 bear market ended.

The Price/Earnings ratio is back at levels last seen at the trough of the 2015 bear market.

As can be seen form the charts above, most Chinese equity indexes are trading at levels they had reached in 2007.

Equity markets are a reflection of the size of an economy and over the same period, the Chinese economy has more than doubled in size while its market capitalization remained the same, expelling the sharp fall in valuation.

Over the same period, the US economy grew from 14.7 Trillion to 19.4 trillion while its stock market trembled in size

The End of the Trade War ?

We have continuously argued that the main drag on global equity markets and on the Chinese equity market was the ill-timed and ill-conceived Trade War launched by President Donald Trump against China.

Trade deficits are always structural in nature and reflect the relative propensity of economies to import more than they sell into each others’ economies and China’s Trade surplus with the Usa has as much to do with an extremely strong consumption in America as it has to do with the relative cost of labor, as Janet Yellen recently reminded people at a Beijing conference.

Tariffs are not the solution as their only real effect is to make Chinese made products more expensive for American consumers as corporations such as Apple Inc. cannot switch their industrial sourcing in a few months, even if they did find alternative production know how in other countries or in the US itself.

Donald Trump has announced that tariffs would increase to 25 % of imported products and be extended to all products imported from China in January 2019, but the implementation of these new tariffs would be a severe blow to most American corporations that outsource their products in China.

Moreover,  cutting out the Chinese market for American corporations defeats the entire purpose of reducing the trade deficit by diminishing strongly the export side of the equation.

Tariffs are a lose-lose exercise and it is highly likely that now that the mid-term elections are out of the way, America will soften its stance on the US China Trade War and the first sign if that is the meeting that will take place this week between Liu He and Steve munching ahead of the planned meeting between Donald Trump and Xi Jing ping in Buenos Aires on November 30th.

U.S. Treasury Secretary Steven Mnuchin and Chinese Vice Premier Liu He have resumed talks on trade, and a potential Washington visit by Liu is being considered before the nations’ top leaders meet later this month.

The two officials spoke by phone on Friday, according to The Wall Street Journal. The Hong Kong-based South China Morning Post reported Tuesday that Liu was “expected” to visit Washington shortly.

U.S.-China talks have made little progress since May, when Trump put a stop to a deal that would have seen China buy more energy and agricultural goods to narrow the trade deficit.

In Beijing, Trump’s move was seen as an insult to Xi, who sent Liu — his top economic policy official — to Washington for the negotiations, and cemented a view that Trump’s real goal was to thwart China’s rise.

Indeed, the Trump administration is engaged in what it sees as the need to force structural changes in China but the means used are ending hurting the US economy more than the Chinese economy itself, and, more importantly, further isolating the US from the rest of the world.

The 100-years celebrations of the end of the First World War in Paris last week-end, where 70 heads of States were present, illustrated how Donald Trump’s administration’s unilateralism has isolated  America form the rest of the world.

In a globalized world, leadership cannot be exerted single-handedly and through confrontation.

The only lasting solution to a reduction in the structural trade deficit between China and the USA is a sharp appreciation of the Chinese currency.

In a highly elevated stock market, the effects of tighter monetary policies will take a serious toll on equity valuations and we have certainly entered a phase of valuation contraction is the US.

As we have highlighted many times, the 2009 -2018 bull market in US equities have peaked in September 2018 and the technology sector is losing its momentum.

Conversely, China is at a stage of its economic cycle where monetary and budgetary policies will become highly accommodative, something that does not prevent an appreciating currency at the same time, and the Chinese stock market is probably about to enter what will prove to ba a lasting secular bull market characterized by a rising currency and significant valuation expansion.

The timing could not be better for a major shift from the expensive US stock market into the extremely cheap Chinese stock market.