Build your exposure to the CHINESE YUAN 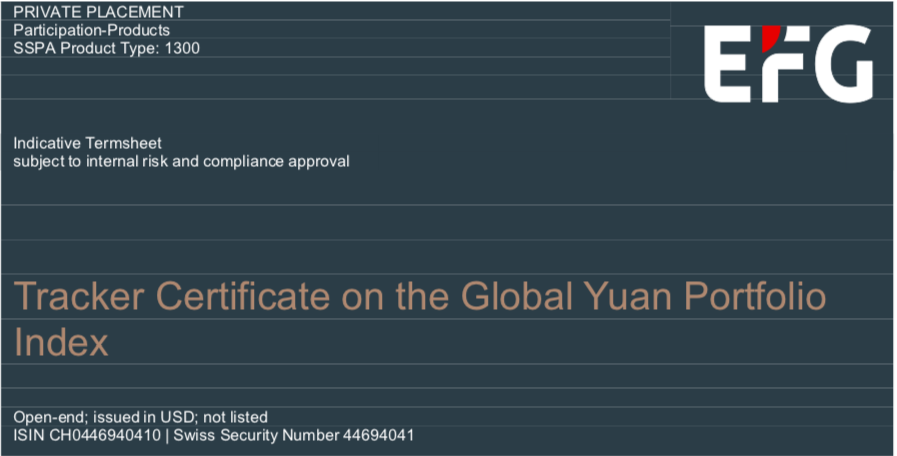 A perfect instrument to
build your portfolio exposure to the Chinese currency through a highly diversified, actively managed, balanced portfolio of cash, bonds and equities denominated in
Chinese Yuan

China is now the world’s second largest economy with a GDP of USD 13 Trillion.

Can you afford not to have a toe invested in the currency of what is to become the world’s largest economy ?

For decades, China kept its currency artificially undervalued to create hundreds of millions of jobs in cities, services and manufacturing as the main driver of its expansion was cheap exports…

This phenomenon is now over and China is quickly and surely becoming a Consumer economy.

Today, China’s Foreign exchange reserves represent 23.6 % of its GDP, an unsustainable level by any measure.

At current rates, China generates US$ 600 Bln of trade surplus per annum, or the equivalent of the Taiwanese economy every year.

China’s Trade Surplus is now reaching proportions that are un-manageable, as testified by Donald Trumps’ decision to launch a trade war against China.

The ultimate objective of the Trade war is to reduce China’s surplus with America.

China has already agreed to Buy more American products, but this is like putting a patch on an open wound.

Only a structural appreciation of the Yuan will reduce the Chinese Trade surplus in the long term.

The situation was the same with Japan in the 1980s, a time where everything was “Made in Japan”

Japan’s Trade Surplus exploded in the 1970s and the 1980s as the Yen was kept artificially low and Japan’s foreign exchange reserves ballooned to unsustainable levels.

It may start this year or next year, but it is INEVITABLE as China becomes the world’s largest economy.

In the mean time, the downside is limited and the EFG Global Yuan Portfolio Index certificate should deliver between 6 and 8 % per annum.

CNY – Chinese Yuan vs US dollar

As was the case with Japan in the 1990’s, allowing the currency to rise is making the domestic consumer RICHER in relative terms, and boosts consumption by making imports and international expansion cheaper.

Can you REALLY afford to miss this MEGA-TREND ?