BIG BAD BEAR IS WATCHING YOU ! 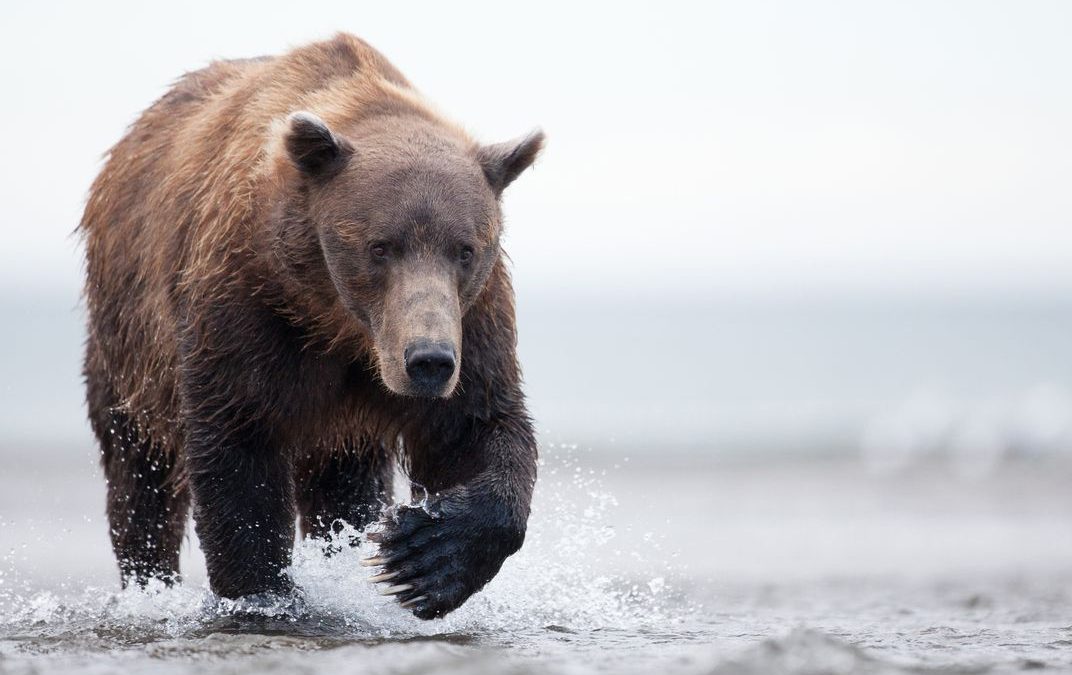 As our readers know we are of the view that the 2009 – 2019 secular bull market in US equities is about to end and that the current bond melt-up linked to overly optimistic expectations of monetary easing by the FED marks the end of it.

After a yearlong assault on the Federal Reserve and its chairman, President Donald Trump has tapped two wildly different economists to the central bank’s board who seemingly have one important thing in common. They’re both likely to support the president’s call for lower interest rates.

The markets have cheered the nominations with new all-time highs one equity markets and US 10 year yield crashing through the 2 % threshold, almost inverting the 0- 10 year curve.

Christopher Waller is largely a conventional choice. Drawn from within the Fed’s own ranks, he has been consistent in his calls for a more dovish approach over the years.

The other nominee, Judy Shelton, has spent decades outside mainstream economics and recently appears to have completed a metamorphosis from proponent of returning to the gold standard — a concept broadly espoused by those who feel monetary policy is too lax — to an advocate of the need for more stimulus.

However, and as was the case with the nomination of FED Chairman Jerome Powell, the final outcome may turnout different and the Board of Directors of the FED will probably follow its own guidelines and surprise Donald Trump and investors.

We are indeed in the longest expansion in US economic history, at least since 1865

At 121 months completed without a recession – two consecutive hurters of contraction – the current economic expansion has outlasted each and every one of the preceding ones. However, its magnitude has been far less impressive than previous expansion phases, despite extraordinary liquidity creation.

In fact, each and everyone of the various phases of expansion has also seen a massive increase in debt levels, both at the public and private levels, and it is highly likely that the marginal effect of incremental debt is diminishing as we reach unsustainable debt levels.

Moreover, the massive stock of debt currently in existence creates a systemic risk to the economies and the US economy in particular as very low nominal interest rates could have an outsized effect on households and corporate balance sheets and earnings if rates just rise form 2 to 4 %, let alone 6 or 8 %.

Industrial production has been collapsing almost everywhere around the world.

Global manufacturing took another knock at the end of the second quarter, signaling a worsening economic growth outlook as U.S.-China trade tensions continue to simmer.

Across Asia and Europe, factory activity shrank in June while a U.S. measure fell for a third month, according to reports released on Monday. China’s manufacturers saw sales, exports and production fall, while Germany suffered from weaker foreign demand.

In the U.S., the Institute for Supply Management’s factory index fell fell to the lowest since October 2016, though the drop was smaller than analysts estimated. The IHS Markit gauge
was better than a preliminary reading, but still near a decade low. The weakness in the factory numbers from IHS Markit was widespread.

Switzerland saw manufacturing shrink the most in seven years, and Spain, long the euro area’s outperformer, registered its worst reading since 2013. Overall euro-zone manufacturing shrank for a fifth month, with the “challenging economic environment” leading to another drop in orders.

In the U.K., the reading dropped to a six-year low. That’s partly an unwinding of Brexit stockpiling earlier in the year, but the report also showed a decline in business optimism.

In trying to cure one of the ailments, Trade, Donald Trump may actually be killing the patient… or at least this is what the markets discount

Unfortunately, ad we have highlighted from day one, he may not even be treating the Trade pain.

In May 2019, the U.S. trade deficit widened by more than forecast to a five-month high as imports surged the most since 2015, illustrating how President Donald Trump’s trade policies are weighing on the economy.

The gap increased 8.4% in May to $55.5 billion and April’s level was bigger than previously reported, Commerce Department data showed Wednesday. The median estimate of economists
surveyedcalled for a deficit of $54 billion.

Imports jumped 3.3% and exports rose 2%, the most in a year, while the goods- trade gap with China widened to $30.1 billion.

The report suggests net exports were on track to drag down the pace of expansion in the second quarter after giving a big boost in the prior period, though the monthly figures have been volatile thanks to tariffs.

Chinese imports and exports both surged, potentially reflecting companies rushing shipments ahead of Trump’s latest increase in levies announced in May.

The wider trade gap shows how policies including the tariff war between the U.S. and China continue to buffet U.S. business activity and growth, despite Trump’s intent to shrink the
deficit.

As we argued all along, Donald Trump has been fighting the wrong battle and should have focused win forcing China to allow its currency to rise structurally rather than imposing tariffs and disrupting Supply chains.

Global Economic growth may be falling and both equities and bonds anticipated the world central banks will lower interest rates..

But there is strictly no guarantee that Inflation numbers will actually fall.

In fact, the early indications we have is that we are more likely to get a temporary situation of Stagflation than a real return to deflation.

Much may be determined Friday with the release of labor market data for June.

While unemployment is around a five-decade low, a second successive weak non-farm payrolls report may be enough for the Fed to cut rates on July 31 for the first time in a decade with the debate shifting quickly to the size of the reduction.

However, a strong job report may be enough for investors to rein in investors’ rate cuts bets and ponder if the Fed will wait until September for more information on the economy.

As far as the payrolls report is concerned, the median of economists expects payrolls to gain 160,000 and average hourly earnings to accelerate 3.2%. The reaction of markets may be shaped by the fact they could be thin after the July 4 holiday.

Monday’s manufacturing purchasing managers index is predicted to come in the weakest since 2016, raising concerns that industry’s pain may soon shift to the services sector. Data for services comes Wednesday.

If the job number comes in stronger than expected and wages do indeed accelerate as economists expect, then the FED may not lower rates at all, a positive for the US dollar and a clear negative for both bond and and equities.

While equity markets are recorded new all-time highs every week, we are entering the Q2 corporate earnings reporting season.

Although its is extremely difficult to assess precisely the effects of the aggressive tone of the Trade War in May 2019, the consensus of analysts is for an increase in sales of barely 3 % and a decrease in Earnings of -2.6 %

Hardly anything to get excited about when stocks are trading at all-time highs and earnings decrease. Any negative news on this front could send equities tumbling.

For now, equity investors consider that the decline in corporate earnings will be a passing thing, a one-off event before earnings Strat growing again.

Another area of concern to us, as our readers noe see THE NEXT WAR and FROM TRADE WARS TO REAL WARS is that we may be only weeks away form a generalised military conflict in the Middle East.

Now that a truce in the Trade war between America and China has been hammered out a Osaka’s G20 meeting and Donald Trump did his “Coup d’Eclat” by stepping in North Korean territory, the pressure is likely to return to Iran.

Only today, Donald Trump threatened Iran as President Rouhani laimed that his country was going to enrich more Uranium than allowed by the Nuclear Accord. This is seen by America and its European Allies as a red line not to be crossed.

As our readers know, an attack on Iran was ordered last week and cancelled at the last minute as Donald Trunp;s advisers urged him to solve the Trade war issue at the Osaka summit and his military allied in the region probably warned him. that they were not yet ready militarily.

On Monday the Israeli aviation deployed the largest aerial attack in years on Iranian and Hezbollah position is Syria, destroying installations and ammunition depots. This attack follows and exceptional tri-partite meeting between America, Israel and Russia military in Tel Aviv last week.

War is being prepared and it could strike at anytime, sending oil prices surging temporarily and massive military action if the straits of Hormuz and between Israel and Lebanon.

Surging oil prices will have a one off effect on inflation – not deflation – and my prevent the FED from easing.

All this to say that the current environment is one where investors would be well-advised NOT to chase this equity rally higher and to REDUCE RISK CONSIDERABLY FOR THE SAFETY OF CASH.