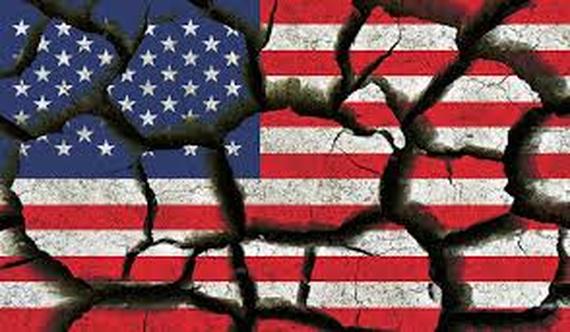 Over the past two years, global equity markets have demonstrated a highly unusual sensitivity to the political wanderings of President Donald Trump of the USA.

In 2017, his unusual tax break sent global equities – and their valuations – sharply higher while in 2018, his aggressive stance against North Korea, China, Canada, Europe, Mexico and basically almost the entire world order has created uncertainty with a major negative impact on Investments, economic growth and ultimately stock markets.

Traders and long term investors have replaced economic numbers by political tweets as their main decision-making tool and high-frequency trading has amplified erratic moves in asset classes and equity markets.

The American System is flawed.

Donald Trump’s tendency to tell the world what to do and sanction the nations he does not like have shocked the world and created a backlash with most nations. The American Dream was shattered and America’s legitimacy as the leading Nation of the free world has been seriously questioned.

Donald Trump’s pulling out of most international treaties, including the all-important START non-nuclear proliferation treaty with Russia has shattered the foundations of multilateralism and globalization, the very mechanisms that allied the world to experience its longest period of peace in its entire history.

But lately, Donald Trump has gone further, he has exposed a major flaw in the American Democratic system and political organization by blackmailing his own democracy and shutting down the American Government for more than a month simply to get one of his electoral promises approved.

HOW CAN THE WORLD TRUST A COUNTRY WHERE THE SYSTEM ALLOWS ONE SINGLE MAN TO CLOSE THE GOVERNMENT AND ADMINITSRATION OF AN ENTIRE NATION ?

How efficient can that system be and what are the safety nets and checks and balances that prevents a “crazy” leader from just endangering his own nation ?

How can this system be promoted as an example for the rest of the world and presented as superior to other systems ?

In China for instance, Xi JING PING would never have the power to shut down the entire Chinese government and Administration of his own and single will.

In any US Corporation, a CEO shutting down the company to force his board of Directors to approve his plans would be fired the next minute…

and the problem is not Donald Trump per say, but the fact that a Donald Trump can be elected and actually shut down the Government of his own will.

And how can anyone in the world accept the lessons, judgments, admonestations and sanctions coming from the US President when his own people and representatives do not accept them…..

If a whopping 86% of Americans believe that their government is broken according to a CNN/Opinion Research Corp. survey, why would anyone outside the US should believe in the superiority of America ?

Sell Signals Across the Board

As we have been warning over the past two weeks, the sharp January rebound is losing steam and reaching levels of major resistance. Thrust has been exceptionally high but participation has been low, and speculative spirits are back.

Retail investors are back with a vengeance though. After ramping up their exposure to the gyrations of the stock market, without much of a cushion, at the end of 2017, then pulled back quite a bit during December’s rout.

According to the latest survey results from AAII, they piled back at the end of January, upping their allocation to stocks to over 71% of their portfolio, at the expense of their cash cushion which plunged to just over 13%. The spread between their stock and cash allocations is just under 60%, once again ranking near the top of their exposure over the past 30 years

In Europe, corporate earnings for the 4th quarter of 2018 were weak, highlighting a mounting risk for 2019 earnings, as disappointing profit growth of 5.7% would be about 35% less without the energy sector. Across countries, the U.K, France, Italy and Netherlands are the most energy dependent. Germany is suffering most in 4Q so far, and Swedish industrials are early standouts.

The most interesting feature last week is the number of SELL signals that have been recorded in the world equity markets. Really, so many markets are delivering SELL signals at the same time.

The Charts of the MSCI World Equity Index, of the EUROSTOXX 50 and of the Nikkei 225 are extremely telling in that respect.

Out of the 45 equity markets that we monitor, only Australia and New Zealand are displaying positive configurations. All the other markets are sending significant SELL Signals. ( China was closed for the Lunar New Year last week )

As far as we are concerned, we have been reducing exposure considerably over the past two weeks, taking profits, increasing our hedges and shorting US technology stocks.

Our expectation is that Equity markets will fall in the coming weeks. The only question is whether they will mark a higher low or a double bottom when compared to the Dec 27th low, or whether a lower low will be recorded.

In the first instance, markets will probably rally afterwards well into June 2019 before entering the last and sharpest leg of their cyclical bear market in the second half of the year. ( See chart 1 below )

In the second instance, a very sharp downdraft in February March and a low below the Dec Low sometimes in March April will mark the final bottom of the 2018 cyclical bear market. ( See chart 2 below )

A new round of trade talks begins in Beijing on Monday, after the most recent set of negotiations concluded in Washington last week without a deal and with the top US negotiator declaring that a lot more work needed to be done.

Higher principal-level talks will take place Thursday and Friday with US. Trade Representative Robert Lighthizer and Treasury Secretary Steven Mnuchin. China said Vice Premier Liu He will join in the high-level trade talks between the two countries next week, emphasizing the importance given by China to a successful resolution of the conflict.

The U.S. working team will arrive in Beijing on Monday and the two sides will discuss issues of common concern, as they build on talks that took place in Washington in late January.

US negotiators are preparing to press China on long-standing demands that it reform how it treats American companies’ intellectual property in order to seal a trade deal that could prevent tariffs from rising on Chinese imports.

“The United States is a great producer of technology, and innovation, and know-how, and trade secrets. And we have to operate in an environment where those things are protected,” Lighthizer said last week after talks at the White House.

However, the Chinese do not see it as a one-way thing and deny stealing US technology. In fact, data shows that a significant shift is underway in the technology space.

From a technology perspective, in the past five years China has come on in leaps and bounds and numerous Chinese startup companies have develop into technology giants that created a lot of wealth for the founders.

Nowhere the strong advances of China in technology can be better seen than in the Bloomberg’s Billionaire Index. Six of the world’s 10 wealthiest self-made billionaires age 40 and under are from the Asia-Pacific region, according to the Index. Four are Chinese and two are Australian. Just three are from the U.S., which used to dominate the list.

When the Bloomberg Billionaires Index began in 2012 with a list of the world’s 40 richest people, three were self-made and under the age of 40: Google founders Sergey Brin and Larry Page and Facebook Inc.’s Mark Zuckerberg. Brin and Page are too old now, but Zuckerberg tops the list of the world’s richest self-made youngsters with a $65.5 billion fortune.

Joining him are Shanghai resident and e-commerce entrepreneur Colin Huang ($13.7 billion) of PinDuoDuo, who rose to second from third in 2018, as well as Facebook co-founders Dustin
Moskovitz ($11.8 billion) and Eduardo Saverin, a Brazilian living in Singapore ($9 billion).

Another Chinese technology entrepreneur, Meituan Dianping co-founder Wang Xing, sits just outside the Top 10 with a $4 billion fortune. Mike Cannon-Brookes and Scott Farquhar, the Australian co-founders of U.S.-listed software company Atlassian Corp., are worth $6.7 billion each.

This diversification of the world’s youngest billionaires is a leading indicator of the shift in technology mastering and global wealth toward Asia. Of the 500 people on the Bloomberg Billionaires Index today, 41 are from China compared with 31 at the end of 2016.

A White House official said on Friday that the talks would continue to focus on pressing Beijing to make structural reforms. They focus on three main subjects; the Trade Surplus, Intellectual property protection and a fair judicial system.

We have argued all along that the only way for China to reduce its structural Trade surplus with the rest of the world was to allow its currency to appreciate markedly.

And we are convinced that this is the only thing that will make Donald Trump put a final end to the Trade War.

The Yuan was stable last week in anticipation of the outcome of the Trade Talks and we launched our GLOBAL YUAN PORTFOLIO to capitalize on the structural advance of the Chinese Yuan that we see starting this year or next year.

The Structural Evolution of the Chinese Yuan

Another valid question is whether Donald Trump can really afford to maintain his aggressive stance and take the risk of another meltdown in global equities.

Equities ended the week marginally lower last week, but with major reversals and Sell signals in almost every index around the world apart form Australia and New Zealand. Chinese equity markets were closed for the Lunar New Year holiday.

The US dollar had a strong close against almost every currency last week and it is testing a key support level.

It is yet too early to change our tack but next week’s developments on the Government shutdown and on the US-China Trade War could trigger volatility. Last week’s break above 96 may indicate that we have ended the phase of weakness of the US Currency, however, a second shutdown of the US Government could send the US dollar below 95, negating the whole picture.

WE ARE TIGHTENING OUR STOP LOSSES ON OUR RECOMMENDATION TO GO LONG THE EURO at 1.13

Oil finally delivered the reversal we were waiting for to short it again, closing down -4.60 % last week. Gold and Silver are overbought but still very much on an uptrend.

Metals are weak and Soft commodities as well.

Bond yield are heading lower as the deflation scare spreads.

The 0.4 percent drop caps a quarter that has seen a spate of disappointing data. Weak demand and business sentiment weighed on momentum, and an unexpected drop in German factory
orders at the end of last year points to further challenges ahead.

The decline in output was led by a 4.1 percent slump in construction. Manufacturing stabilized, with investment-goods production increasing 0.9 percent. While carmakers have started to recover from their struggles with new emissions-testing standards that pushes Germany to the brink of recession, recent business surveys suggest the economy remains vulnerable.

A purchasing managers’ index published earlier this week showed manufacturing shrank
for the first time in four years and Deutsche Bank economists expect the economy will contract this quarter.