America and the Trade War 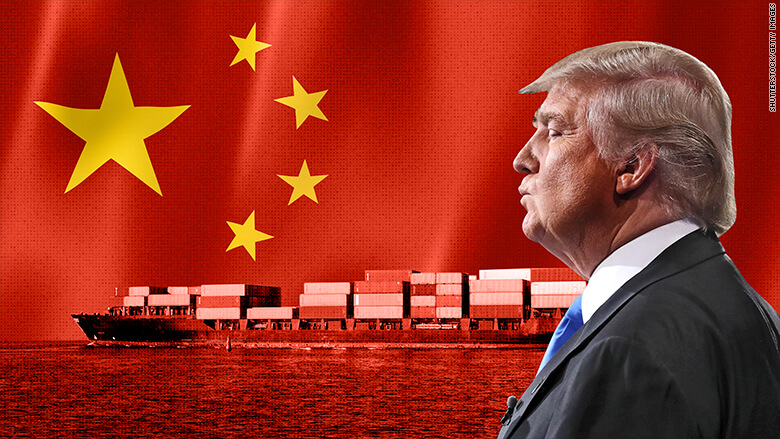 The cadence of the U.S.-China trade war has become all too familiar, with periods of amicable albeit tense negotiation punctuated by Donald Trump’s sudden escalation of tariffs followed by Beijing confirming that it will stay pat.

That latest salvo played out with U.S. President Donald Trump’s sudden announcement that as of Sept. 1, another $300 billion of imported goods from China would be subject to a 10 percent tariff, followed by an equally sudden delay along with an extensive list of products exempted.

The escalating tariff war, while it gets the attention, has masked a sharp decline not in U.S.- China trade (which, according to U.S. Census Bureau data, has remained relatively static) but in Chinese investment in the United States.

The dollar amounts matter, but more significant is the lost leverage that those investments entail. Trump’s unilateral, preemptive trade war has rattled markets for sure, but early signs are that the domestic U.S. economy along with American soft power are the prime casualties. That surely was not the goal.

The Trump administration thought early on that the best way to force China to make concessions on everything including protecting intellectual property rights and buying more U.S. products was to use tariffs as a stick.

That plays well in what seems a twist of the US President’s psyche; blaming and sanctioning rather than cooperating and enticing. He was encouraged in the strategy by his Trade Advisors, the economist Peter Navarro the self-proclaimed China specialist that only went tomChina once last year for the first time,

But that is only the tip of the iceberg; less heralded has been a much frostier climate in the United States for Chinese capital and for Chinese investments in the domestic American economy.

While tariffs get the attention, freezing out Chinese investment may be even more consequential. In fact, while tariffs can be lifted as easily as they are applied, reversing the flow of investments is much like repairing a damaged reputation: What takes little work to destroy can take years to rebuild.

The hostile climate matters, because more Chinese investment in the U.S. economy might be the most powerful force of leverage for change that the United States possesses, and the Trump administration is throwing it away.

If the goal is to move China toward a more equitable and open economy, giving up that leverage is a profound mistake.

To date, tariffs have not succeeded in forcing concessions from Beijing.
Quite the opposite !

Donald Trumps and his advisors’ lack of understanding of China made them miss the main point, which is that in China, the system does no allow one individual, be it Xi Jing Ping to decide alone, contrary to what happens in the American Presidential system.

Donald trump changes of mind and lack of sincerity has convinced the Chinese PolitBuro that No deal could be made with the current US President and therefore no concession was needed. China has decide to wear it out even if Donald Trump is re-elected.

As annoying as they are, current tariffs rates are not enough to force sudden shifts in supply chains or consumption patterns, and other than a decline in U.S. agricultural exports to China, the U.S.-China trade balance has been largely static even with the tariffs.

Instead of aiming at a reduction of the structural Trade deficit by encouraging China to let its currency rise, the Trade War has precipitated a decline of the Chinese currency that will make Chine product even more competitive without benefitting in anything US consumers.

Even worse, Bank of America’s economists have calculated that the Tariffs have now reached a level where they are cancelling the increase in disposable income of the US consumer brought by the tax breaks of 2017.

What has not been static though is the level of Chinese investment in the United States.

Between 2000 and 2018, according to data from the Rhodium Group, Chinese companies and individuals poured about $140 billion into the United States, with the bulk of that coming between 2011 and 2018 and with 2016 the peak year at about $45 billion.

That does not include Chinese purchases of U.S. real estate; according to the National Association of Realtors, the Chinese have been the largest foreign buyers of residential U.S. real estate, snapping up an average of nearly $30 billion annually from 2015 to 2018, mostly in Florida, Texas, California and New York.

And, of course, China has also been, with Japan, one of the largest holder of U.S. government debt, currently holding over $1 trillion of government bonds and almost another $ 1 trillion of US dollar cash reserves.

All of that, however, has been reversing in the past year since the tariff war began.

Foreign direct investment from China in the United States fell 88 percent from 2016 to last year and shows no signs of rebounding this year.

The over 300,000 Chinese students in U.S. universities, who by some estimates contribute $13 billion to the U.S. economy each year, were warned by Beijing in June to reconsider whether the United States is a hospitable environment in light of increased difficulties in obtaining visas.

And for the first time in 15 years, Chinese tourism to the United States—which contributes another $35 billion annually—declined last year.

The numbers are bad enough and represent a direct harm to the domestic American economy without any commensurate benefit.

But that is not all. These multiple streams of Chinese investment in and intertwinement with the United States represented a powerful source of leverage and influence, which is now being lost and squandered.

The most obvious leverage is that hundreds of billions of dollars of direct investment in the United States make it more painful for China to continue practices that Americans perceive as unfair or harmful.

Being enmeshed in the domestic U.S. economy means that China reaps the benefits of the businesses it owns doing well and also suffers the pain when those businesses are at risk from retaliation during disputes. The owners of those businesses, which in the case of China are often state-owned enterprises with direct links to the Beijing or provincial governments, are that much more likely to be a voice for compromise.

The trade deficit that many decry results in the Chinese having a phenomenal amount of excess dollars, which in the past years they used to fund purchases of U.S. companies, U.S. real estate, U.S. debt, and, indirectly, tuition at American universities and tourism trips.

None of that, of course, shows up in trade statistics, which therefore are a woefully incomplete picture of the circular flow of money, goods, and services between China and the United States that the tariff war threatens to disrupt, if it has not already done so.

The Trump administration and Democratic supporters of his hard-line policies would do well to remember the experience of Japan in the 1980s and 1990s.

Then, the Japanese took their excess dollars and invested heavily in the United States, buying real estate such as Rockefeller Center, buying companies such as Columbia Pictures, and buying U.S. debt.

That in turn made it more complicated and less in Japan’s self-interest to pursue trade policies that generated negative reactions in the United States. It made Japan more interested in finding common ground. It made Japanese companies with large stakes in the domestic U.S. market more likely to petition their own government to yield.

While the relationship was fraught, and many Americans then viewed Japan as an economic threat just as they view China now, the many tendrils linking the two economies acted as a gravitational pull away from conflict.

That should have been what the United States cultivated relative to China, and indeed did until the election of Donald Trump. Amazingly though, it took more than 18 months of a bloody Trade War for Donald trump to finally have dinner and listen to Tim Cook, the CEO of one of America most iconic corporation, Apple Inc, which prints on the packaging off its products : “Proudly designed in California and made in China”

Any complicated and large relationship demands compromise, which means China would have to give but also means that the United States could not get all that it demanded.

Having hundreds of billions of dollars of Chinese investment in the United States was a powerful source of influence that is shrinking more quickly than bilateral trade.

Tariffs can be imposed or lifted almost at the whim of a presidential tweet, but creating a welcoming climate for inward investment takes longer to build. Until this tariff war, the United States, with Chinese investments surging year by year, was in a strong position to work with China on revising the terms of trade.

Another lasting consequence is the severe repetitional decline of America in China itself. Numerous studies are showing that Chinese consumers are now turning their back on American -made products and a significant rise in the anti-American sentiment.

This is not yet showing in te data in a big way yet because it is only the beginning, but what is certain is that the Chinese are a proud nation that is currently feeling that it is being attacked unfairly by the US.

This sentiment will take years to disappear… Every psychologist will confirm that once individuals feel they have been attacked, they will never trust the attacker anymore during there lifetime.

Donald Trump’s Trade War is slowly but surely squeezing America products out of the world’s largest consumer market of the future.

The long term costs will be phenomenal and unfortunately the damage is already done even if Donald Trump suddenly changes his stance.

Even a change of administration after the coming elections will not make things revert to what they were before.

The Chinese – and the rest of the world for that matter – have learned that they could not rely on America and they will make it alone.

In the name of taking a strong stance, the United States has now weakened itself with little to show for it.

As we expected from the beginning, America is losing this War

Let us hope for America that Donald Trump does not engage in the same avenue with Europe next week.