A REVIEW OF OUR INVESTMENT CALLS FOR 2019 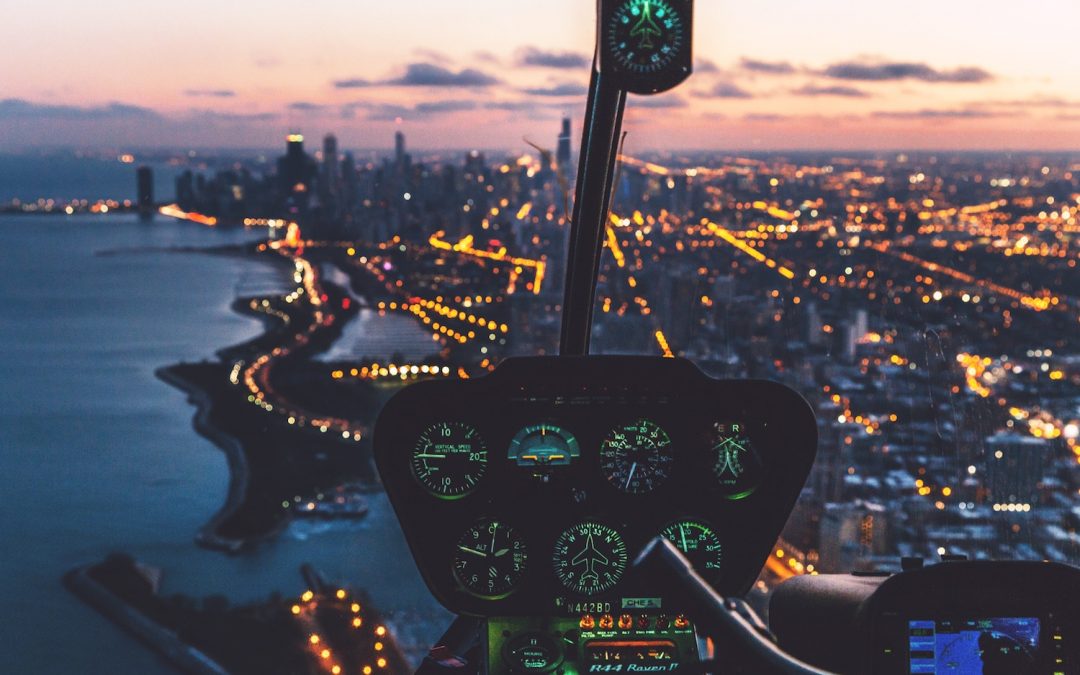 2019 turned out to be the year of the  BUBBLE OF EVERYTHING.

Stupendous monetary policies and a major deflation scare in the summer sent nominal rates to record lows and real interest rates in negative territory across the entire yield curves, a phenomenon never seen in history.

Bonds, Equities, Real Estate and even Commodities rose sharply during the year, making one of the BEST YEAR EVER in Equities, despite faltering economic growth and declining corporate earnings.

Abnormally-low interest rates and Donald Trump’s countercyclical 2018 tax cut extended the longest bull market in history by unleashing both a debt binge and massive share buybacks despite the extremely elevated valuations of equities.

REVIEW OF OUR SEVEN INVESTMENT CALLS FOR 2019

We were amongst the very commentators to call for a major DEFLATION SCARE in 2019 and it happened in a big way over the summer. Investors panicked with the deceleration of growth across the world due to the US-China Trade War and sent bond yields to record lows almost everywhere.

In 2019, the 30 Year US Treasury bond yield fell from 3.09 % at the beginning fo the year to an all-time record low of 1.98 % over the summer, a full 30 basis points BELOW the US core CPI. Never in living memory has 30-year bonds traded at negative real yields.

Moreover, the yield curve inverted sharply for several weeks, a sure sign that a sharp economic slowdown ahead is supposed to unfold.

The deflation scare was not limited to the US. In Europe, the ENTIRE yield curve went into NEGATIVE nominal yields, there again, a never seen situation in history and the 100-year Belgium Government binds traded at less than 1 %.

In excess of US$ 16 trillion of bonds ended up trading with negative yields, again, a situation unheard of in history.

To say the least, Bond markets anticipated DEFLATION across the board

However, and as we correctly anticipated, it turned out to be a DEFLATION SCARE as at no point i time did inflation gauges fall significantly.

Even worse, they ended the year at a high and US wage inflation remained stubbornly above 3 % on the back of the strongest employment market since 1969.

We correctly anticipated the deflation scare, the sharp economic slowdown in 2019 and that the FED would pause the normalization monetary policy normalization and even lower interest rates

We expected this scary correction to be the beginning of a cyclical bear market that would take equity indexes down by at least 38 % in 2019 before a new cyclical Bull market would ensue.

We were proved wrong as the phenomenal liquidity created by the Central banks and by negative real rates across the entire curves and across all bond markets sent all asset classes to record highs, prolonging the longest bull market on record well into the very last days of 2019 with most indexes rising by 20 to 30 % and even 50 % in the case of Greek stocks.

2019 proved to be a record year for equity markets across the globe, powered by the US equity indexes and within those by a very small segment of the market as the mega large caps rose by between 50 and 100 % while the rest of the market was actually left behind.

Interestingly enough, if our downside projection proved wrong, our cycle timings with a bottom in May and another one in August before a resumption of the bull market were right.

We even concluded that equity markets could end the year in positive in 2019 after the completion of the cyclical bear market.

The global rally happened as most economies around the world slowed down sharply, with Germany, Switzerland, and Sweden narrowly escaping recession, China and India collapsing and the USA falling from 4 % growth rates at the beginning of 2018 to barely 2 % in the third quarter of 2019.

None better than the Indian economic collapse illustrates the sharp slowdown of the world economies.

The rally also took place as corporate earnings were declining not only in the US but also in China and Europe, meaning that the 20 % + 2019 equity rally was 100 % valuation expansion and equity markets are now more expensive than they have been at any time save for 1999 and 1927.

In fact, the most interesting part is that for all the hype of 2019 performances, equity markets are only 6 % higher than the 2018 top that we thought was THE top of the secular bull market that had started in 2009.

One thing was missing for the final top to be reached and that was a vertical acceleration, a “melt-up” were investors become indiscriminately positive and this is exactly what we are seeing at the moment.

Our analysis is that the extraordinary liquidity created by the world Central Banks had prolonged the bull market and equities are making a complex top before a major secular bear market.

The best illustration of the current state of speculation is the performance and concentration of investments in Apple Inc. whose stock has risen by 89 % in 2019 despite declining earnings. AAPL and MSFT now represent 9 % of the total market capitalization of the SP 500, a level of concentration that has always marked secular tops in the past.

Key Call # 3: ​THE US DOLLAR TO WEAKEN FIRST AND THEN COMPLETE ITS STRUCTURAL BULL MARKET

Forecasting currency rates is a very difficult thing but we were spot on in this key call on currencies.

As predicted, the Greenback weakened in January of 2019, then weakened significantly until October where it marked a secular top at 1.09 against the EUR and is now weakening again.

Currency markets are hard to predict and the precise timing of the calls are even more difficult to make. We had extremely good calls in 2018, timing the top of the EUR at 1.255 and of the Japanese Yen at 106.5.

However, currency levels are relative values of the medium of payment that reflects a particular economy and are either function of interest rate differentials or of systemic shifts in the importance of an economy relative to other economies.

Key Call # 4: A Major Breakout in GOLD and SILVER

In December we made the case that Gold, Silver and Precious Metals, in general, would have a great year in 2019 following a major technical breakout after their lengthy 2011 – 2018 consolidation.

We also predicted that Gold Miners would outperform considerably.

In the summer, we put a very strong recommendation to BUY PLATINUM and re-iterated our positive stance on Gold in December in a post titled GOLDEN CHRISTMAS

Despite rising equity markets and a major deflationary scare, Gold and Precious metals had a great 2019 rising between +22 and + 25 %, a rare occurrence when equity markets are positive or bonds expect deflation.

The positive outcome for Gold and precious metals testifies of the fact that excessive liquidity has pushed ALL asset classes higher in 2019 and that professional investors are worried about equities.

From a macro-economic standpoint, it is also a confirmation that inflation is NOT on the mend but will actually accelerate ahead.

Precious Metals should continue to rise in 2020 if this long term logarithmic chart is to be trusted.

Key Call # 5: COMMODITIES TO REMAIN IN A BEAR MARKET

Secular bear markets in commodities tend to last between 8 and 16 years and this one started in 2011. In Q1 2016, Oil and metals made a cyclical bottom within this secular bear market and the bear market rally lasted until September 2018, as investors expected a return of coincident growth and inflation.

In December 2018, we predicted that commodities would experience the last phase of the bear market in 2019 and would bottom in the fall of 2019.

In the fall of 2019, we recommended investors to BUY SOFT COMMODITIES

Oil was a special case in 2019. As our readers know, we have been predicting that world oil consumption would peak between 2019 and 2020 at the very time shale oil added massive supply onto the market.

However, 2019 was a special year as Saudi Arabia proceeded with the IPO of ARAMCO and did not hesitate to cut oil supply to sustain prices. Oil remains in its long term consolidation triangle

Key Call # 6: IF ANY, THE NEXT CRISIS WILL COME FROM CORPORATE BONDS

In December 2018 we made the case that the main systemic risk in the environment was Corporate bonds but wrote that “It was probably too early to worry about a systemic risk and normally the next economic downturn should be mild, but if one risk deserves to be monitored closely, this is it !”

In 2019, abnormally-low interest rates led corporations to borrow massively, including extremely cash-rich companies such as Apple or Berkshire Hathaway who borrowed massively just to lock-in very low nominal rates. Again, corporations used in excess of US$ 1 trillion to buy back hugely expensive shares.

NEVER in history, such levels of corporate leverage were attained and it is now identified as THE MOST DANGEROUS SYSTEMIC RISK by the International Monetary Fund.

The IMF warned that almost 40%, or around $19 trillion, of the corporate debt in major economies such as the U.S., China, Japan, Germany, Britain, France, Italy and Spain was at risk of default in the event of another global economic downturn.

The report, released by the International Institute of Finance (IIF) this month, showed that global debt surged by $7.5 trillion in the first six months of 2019. The IIF said the WORLD GLOBAL DEBT hit $250.9 trillion at the end of June, and will exceed $255 trillion by the end of 2019.

global government debt will top $70 trillion in 2019, up from $65.7 trillion in 2018, driven higher by the surge in U.S. federal debt. The big increase in global debt over the past decade — over $70 trillion — has been driven mainly by governments and the non-financial corporate sector.

Record-low interest rates made it extremely easy for corporates and sovereigns to borrow more money but the real danger comes from an increase in interest rates and the devastating effects such a rise would have on public deficits and corporate earnings.

The FED chairman Jerome POWELL warned that global debt has been rising much faster than economic growth and that this was truly unsustainable.

Key Call # 7: BITCOINS AND MOST CRYPTOCURRENCIES WILL GO TO ZERO

Although we had not included Crypto-currencies in our SEVEN INVESTMENT CALLS for 2018, our readers know that we had been shorting Bitcoins at 19’000 on December 19th 2017.

In 2019, several interesting developments took place in the cryptocurrency space :

. The number of cryptocurrencies in existence went up from 1’650 in 2018 to 2’800 in 2019, but this is due to the ease of issuing new crypto-currencies trough tailor-made portals and the average size of each crypto has gone down dramatically.

. The tightening of financial sanctions on Iran, Turkey, Russia, and other countries has led to a surge in the use of Bitcoins and a sharp rise in its price until Governments started to clamp down on its use

. Facebook announced its own asset-backed crypto-currency called LIBRA which attracted a lot of criticism from regulators as it really stands to supplant traditional currencies, as highlighted by Bank of England Mark Carney in August 2019 at Jackson Hole’s symposium.

We keep the same view on most crypto-currencies.