10 Years Ago, the longest bull market in history started… 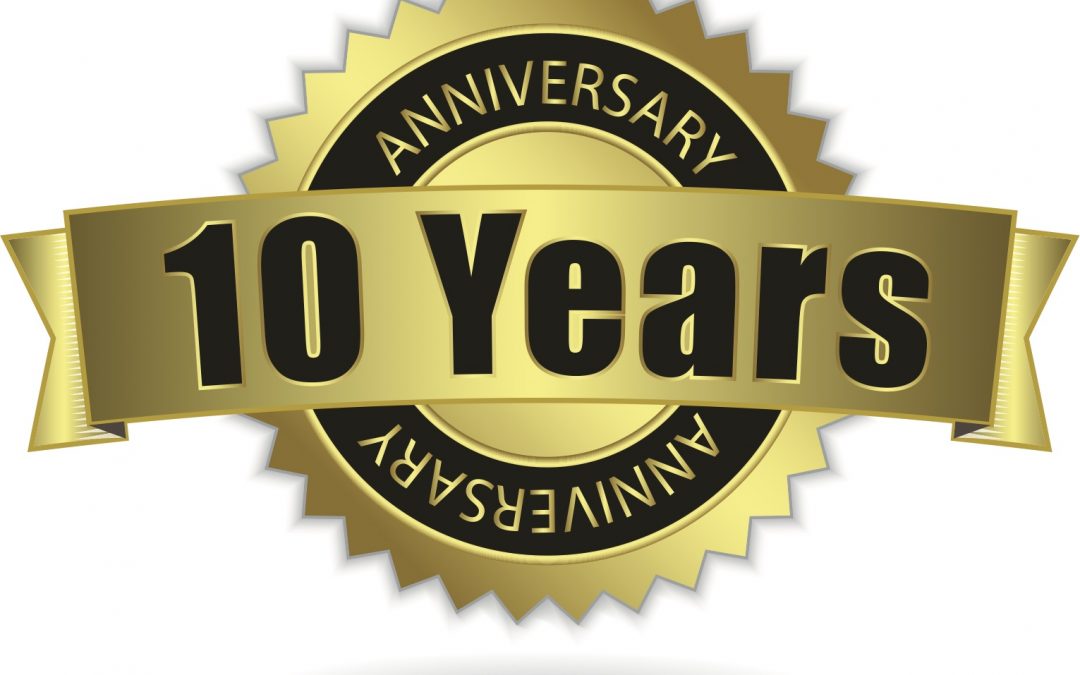 10 Years ago, on March 9, 2009, global equity markets were marking the final bottom of the financial crisis bear market.

From there, the world economy recovered and equity markets delivered significant performances and substantial average returns.

In this post, we review the world equity markets performances over that golden period and assess the potential scenarios for the next 10 years.

The period between 2009 and 2019 have been all but a serene decade in economic terms. Deflation was the big scare and it took unprecedented and exceptional monetary policies to pull the world economies out of recession / deflation and the banking systems back into shape.

The financial 2008 crisis was essentially a US phenomenon of excesses of indebtedness and excesses of greed that spilled over the rest of the world financial systems and left the world economies reeling.

It took years of worries and fear before the light appeared at the end of the tunnel in 2014 in terms of economic growth and in 2016 in terms of inflation.

And it is only in 2017 – 2018, that the world economy started growing in a coincident manner and that central banks started rising interest rates and talking about normalizing monetary policies.

By contrast, as early as in March 2009, Equity markets rightly anticipated that the worst was over and that the exceptional measures taken by the FED and the other Centrakl Banks would restore the health of the economies and of the banking system.

Equity markets rose significantly in a typical 5-stages bull market with three bull phases separated by two bear phases in 2011 and again in 2015. History shows that for some reason Bull markets tend to last 9 years and bear markets 2 to 3 years at most.

The MSCI World Index clearly peaked on the 29th January 2018 delivering a +229 % appreciation over the almost 9 years it lasted.

The compound average performance was +12.91% had you bought at the bottom and sold at the peak.

We rightly called the end of the secular bull market in December 2017 and after putting in a complex top over the first nine months of 2018, global equity markets rolled over and the first leg of the bear market unfolded.

Bull markets always unfold in 5 stages while bear markets are – by definition – shorter and less complex. They unfold in three A – B – C stages, 2 sharp bear legs and 1 bear market rebound.

Traditional – or cyclical – bear markets also tend to see re-tracements of 38 % form top to bottom, while secular bear markets can correct by 61% or even 89 % before they are over.

In terms of the MSCI World Index, this means the we will probably see 1’650 before the bear market is over, another 20 % fall from current levels.

Our analysis is based on the longer term trends.

2016 marked the end of disinflation cyclically and structurally and we are now in the early years of the world’s next inflationary phase, a phase that will last for thirty years and will see inflation accelerate markedly in the 2030s and 2040s.

Bull markets in equities are always powered by two factors :

Economic growth is always favorable to equity markets because corporations make more money and thrive while recessions are bad for equities in general as corporate leverage plays its role in reverse.

Valuation expansion is a factor of both psychology and interest rates.

When things are good, investors tend to take more risks and bid up equity valuations.

When interest rates are low, investors search forreturns and ready to take on more risks.

When looking at the MSCI World Index, the 37 years of disinflation since 1982 saw a significant appreciation of the word equity markets punctuated by corrections ( 1987) and outright bear markets ( 1990, 1999 and 2007) i.e. almost every nine years.

Within the global indexes, the fortunes of the various markets differed, with Japan rising and falling sharply in the 1980s and the 1990s, the emerging market crises of the 1990s and probably more synchronization in the past 20 years.

Again, the economic and monetary situation of each market dictated its behavior but what is becoming clearer and clearer is that the globalization of the world economy over the past forty years has led to a more coordinated and coincident behavior of equity markets,

One of the things that is clear from the above chart is that we are trading at levels of standard deviation from the trends and moving averages that have always preceded significant corrections and bear markets in the past.

The 2000 bear market was caused by the bursting of the Dotcom bubble,

the 2019 bear market wa caused by Donald Trump’s Trade War and the shift of economic power between America and China.

It really had all to do with te uncertainty created by the Trade Wars and nothing to do with a monetary phenomenon as monetary policy never became restrictive,

When looking at the various indexes and markets, the situation and the outlook differ markedly.

US equities were the poster child of the 2009-2018 bull market and within US equities, technology and the Nasdaq were the driving force behind the rally.

The US Dow Jones trebbled in value during the longest bull market in history and retuned an average of 16 % per annum over the period. However, history shows that when equities return that much more than their 9 % long term average, equities tend to fall and revert to the mean.

Another worrying factor is that valuation expansion has been sharp this time round as nominal interest rates were extremely low and the Cyclically Adjusted Price – Earning ratio rose from 13x in 2009 to 30x in 2018.

Granted, Cyclically-adjusted earnings have been rising sharply and Donald Trump’s Tax cuts delivered a shot in the arm to US corporations’ profits in 2018, causing them to increase by 24 % that year, but the worry is precisely that looking forward, earnings growth is being revised down sharply and should not exceed 4 or 5 % next year.

At that kind of earnings growth, even a 25 x CAPE ratio is difficult to justify and we expect US equities to correct sharply in 2019.

We expect the fall in the NASDAQ to be more pronounced. The Nasdaq Composite delivered +540 % over the past nine years, a +21.6 % average per annum. It should see the 5’500 level before the bear phase is over = a 27 % fall from here – but we would not be surprised if it actually fell by more than that and re-trace 61 % of its total advance as valuations are deflated.

The Russell 2000 index of smaller capitalization delivered +407 % over the past nine years and we expect it to fall towards 1200 before the bear phase is over, a 22 % fall from here.

Europe is in a completely different situation. Equities peaked in 2015 and have been trading sideways since then. Europe was slow to implement quantitative easing after the financial crisis and has tremendous difficulties in reining in exploding public deficits.

Saving Greece, re-igniting growth in Southern Europe or dealing with structural rigidities in labor markets of France, Italy and Spain have held European stocks back. In 2018, Donald Trump Trade wars dealt a severe blow to the export-oriented economies of Germany, Sweden and Switzerland.

As of today, European equities are lagging behind the US severely, having delivered only 88 % performances or barely 6.5 % per annum over the past nine years.

European equities are cheap and have little downside. We expect them to outperform in the coming phase, particularly if the EUR depreciates as we expect.

After two decades of deflation, Japanese equities finally came to life in 2012 and started a new secular bull market.

In the mean time, the correction may not be completely over yet and we expect the Nikkei 225 to re-test 18’000 before the bull market correction is over.

Chinese equities are amongst the cheapest in the world and they are still trading at level that were reached in 2009, despite the Chinese economy having doubled in size.

China’s Market capitalization to GDP is at a deep discount and global investors have not yet reflected in their portfolios the size and prospects of the Chinese economy.

Donald Trump’s Trade war sent Chinese equities reeling in 2018, reaching the most extreme levels of undervaluation ever recorded. The recent move up has only recouped some of the ground.

China has a lot of catching up to do and flows of funds are going to increase in favor of Chinese equities as the economy recovers earlier than its western counterparts.

Emerging Markets have a life of their own and cover very different realities from Asia’s Tigers to Argentina, Turkey or South Africa.

They were quick to recover from the 2008 crisis but have been trading sideways until a powerful correction and rally made them swing around an average of 850 on the index. But Emerging markets include China for a small part and have been impacted accordingly.

In the 2018 correction, Emerging markets fell by 38 % instead of the average 23 % re-tracement and we see the next leg only taking them toward 850 on the index, an 18 % fall from current levels.

A QUICK LOOK AT VALUATIONS

Using long term metrics and Cyclically adjusted earnings over 10 years provides a much better analytical framework. Thanks to the excellent work of Star Capital Research the following rankings are achieved.

When looking at the CAPE ratio using ten years earnings, Greece , Russia and Turkey are the cheapest markets of all while US, Denmark and Ireland are the most expensive.

When looking at simple P/E ratios – simpler shorter term view – Russia, China, Turkey, South Korea and Greece standout while Switzerland and India are amongst the most expensive markets in the world.

Ranked by Price to Book

Price to Book is always an extremely interesting indicator as it measures the premium or discount that the stock market puts on a company or a market when compared to its pure accounting value.

Clearly financial accounts of companies do not reflect any future potential or true valuation of assets and intangible, so buying companies or markets at discounts to Book value is usually considered to be a steal and no CEO will ever sell his company at a discount to Book Value.

Nevertheless, Greece, Russia and China all trade at massive discounts to book value, an unusual and generally not lasting situation

By contrast, investors are prepared to pay THREE times or 300 % the book value of US or Indonesian companies.

Russia, Turkey and China are the cheapest equity markets of the world at the beginning of 2019 while America, India and Denmark are amongst the most expensive.

10 years after the longest bull market in history started, global equity markets have started a cyclical bear market and it will not be completed before 2020.

It is time to switch strategically from the overbought and expensive US equity market in favor of the – abnormally – cheap and under-owned Chinese equity market.